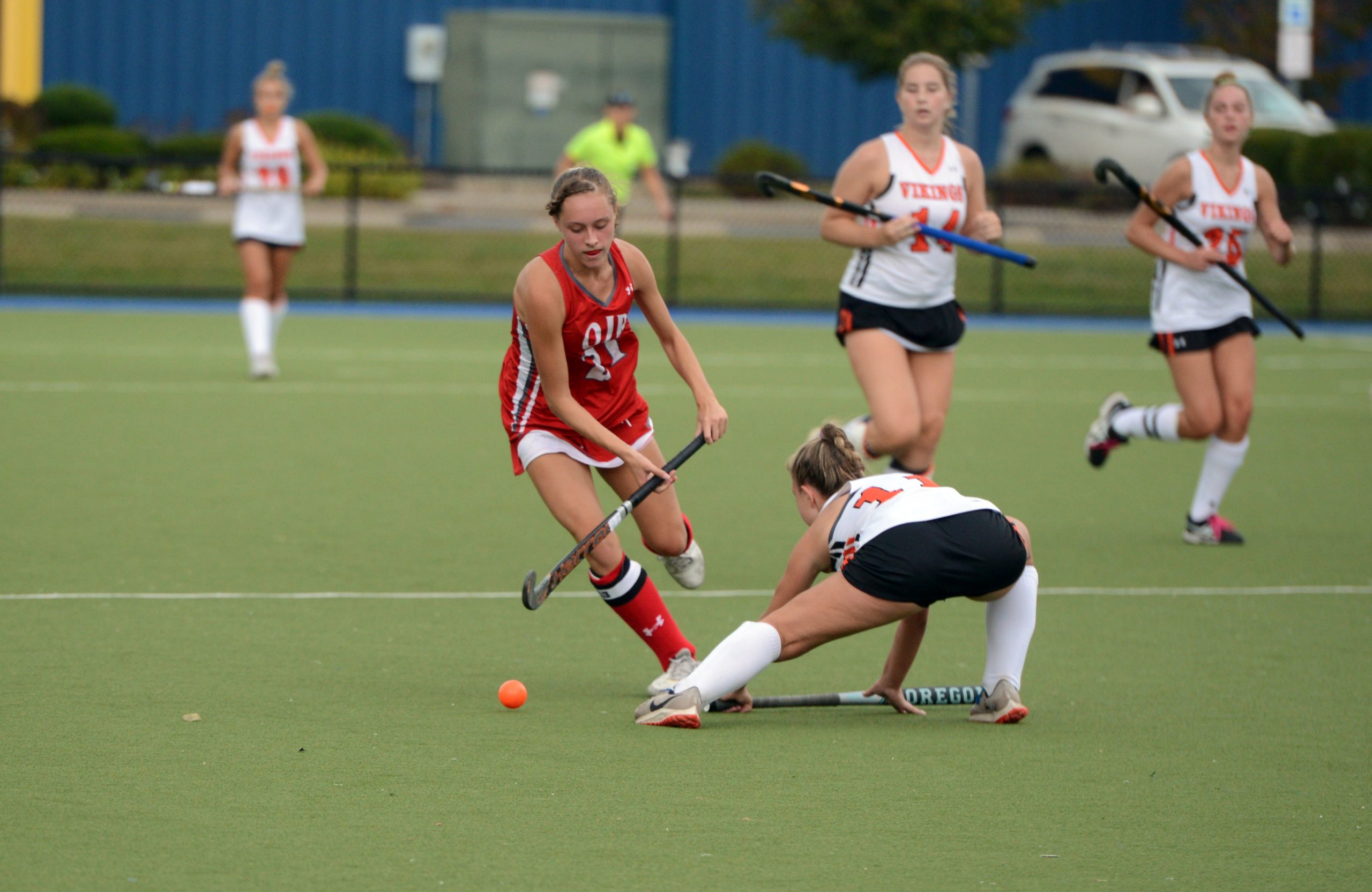 After a quiet offensive start, the OJR field hockey team broke out in a big way during the second half of Friday’s game against Boyertown.

The Wildcats erased a first-half deficit by exploding for five goals in the second on the way to a 5-1 victory.

Emily Morrisey scord twice, while Raina Smolij tallied on goal and assisted on two others in Friday’s win. Amanda Turner and Payton Hansen also scored for OJR, which tallied 11 corner and 19 shots on goal. Reilley Hagarty saved six of the seven shots she faced, and Amy Erb stopped on the shot she saw for the Wildcats.

Lauren Eves tallied the lone-goal for the Bears in the first half, assisted by Remi Lloyd . Sarah Yoder made seven saves in goal for Boyertown.

Upper Perkiomen 2, Perkiomen Valley 0 >> Upper Perk stayed unbeaten (4-0-1) as Takoda Wells scored in each half in a win over Perk Valley.

Lynssi Joyce made 6 saves for the UP shutout while counterpart Ashley Derrick had nine saves.

Methacton 5, Spring-Ford 2 >> Alexa Kratz had two goals and an assist to lead the Warriors by the Rams in PAC play Friday.

Kratz was joined on the score sheet by Lily DeWan, Bayla Plower and Jess Serafin. Madison Noh had a pair of assists.

Nina Scott and Emma Friend scored for SF. Methacton, which led 4-1 at half, out-cornered SF 19-2.

Owen J. Roberts 1, Upper Perkiomen 0, 2OT >> Sophomore forward Alexa Vogelman struck with 17 seconds remaining in overtime to left the Wildcats over the Indians to remain undefeated on the season (5-0-1).

Spring-Ford 3, Pottsgrove 0 >> Emily Higgins, Mo O’Donnell and Haley Dennison each had goals and Reese Kershner and Claire Lanzisera had assists as Spring-Ford shut out Pottsgrove 3-0.

Riley Wallace and Erika Eickhoff combined for the clean sheet in goal for the Rams (4-1), needing to make two saves, collectively.

Jenna Heasley had an eight-save game in goal for Boone (6-2).

West-Mont 2, Salem Christian 1 >> Josh Fitzmier set up Sam Landis and Caleb Fitzmier for goals in a ACCAC win for West-Mont.

Noah Day made five saves for West-Mont, which improved to 7-4.

Spring-Ford 22, Pottsgrove 36 >> While Naomi Hillen literally ran away with Friday’s PAC meet, the Rams took seven of the next nine places to score the team victory.

Boyertown 15, Upper Merion 48 >> Sweeping the first five places Friday, the Bears displaced the Vikings out of their PAC meet.

The Boyertown trio each carded 42s ahead of teammates Griffin Weand (44) and Peyton Moyer (45). Audrey Schuebel and Jack Rogers were UM’s co-leaders at 46.

Spring-Ford 167, Phoenixville 190 >> Phantoms’ freshman Kate Roberts (37) had the low round of the day, but Nicole Yun (38) and the Rams took home a PAC victory Friday.