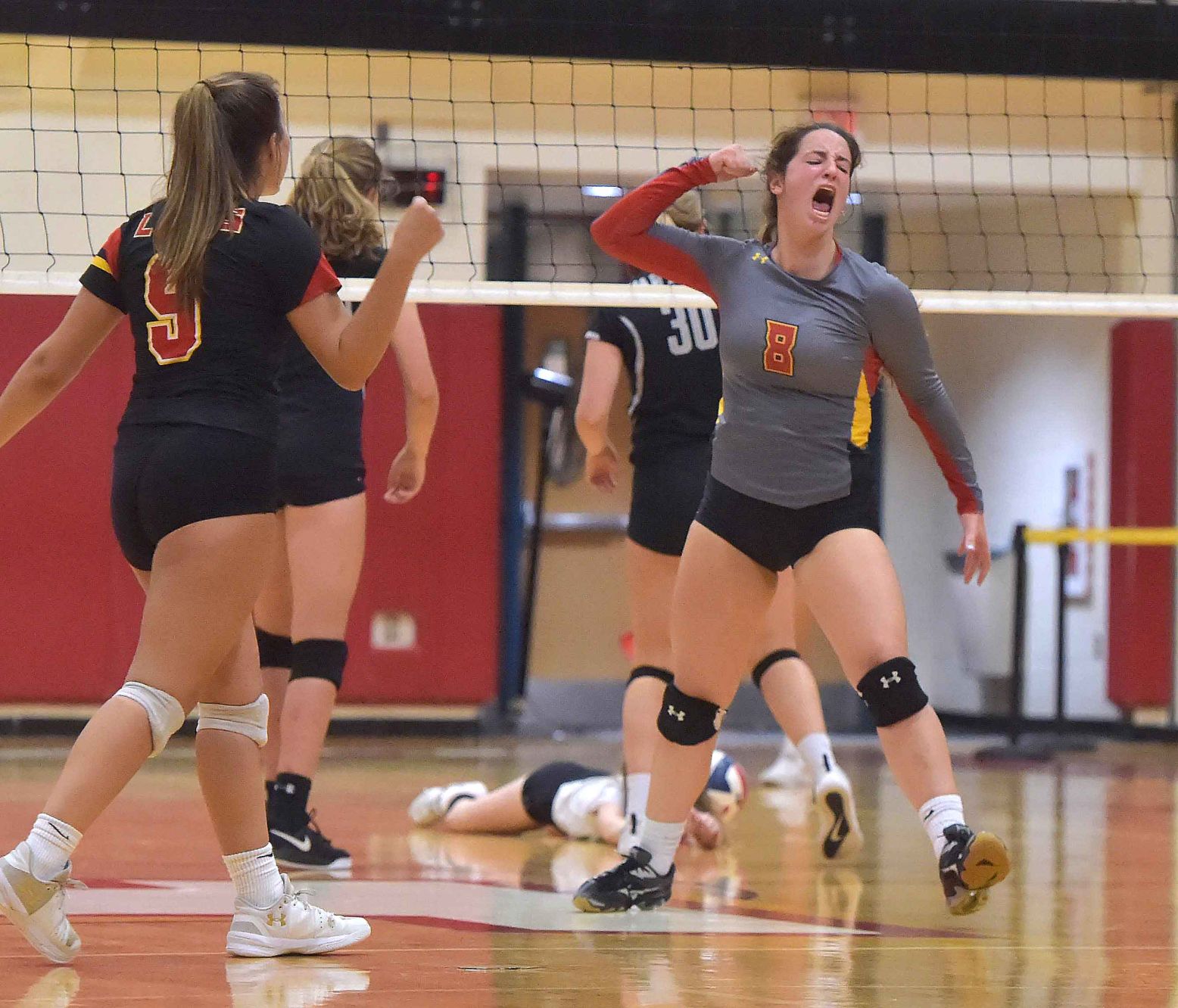 The start of the fall season for Penncrest athletes such as rising senior volleyball player Ashley Rodgers, in action against Strath Haven last season, has been pushed back for safety reasons by the school's athletic department. (Pete Bannan/MediaNews Group)

It’s looking more and more like the fall high school sports season is going to start later than usual thanks to the COVID-19 pandemic.

Penncrest High School pushed the start of its fall in-season practices back to Aug. 24 for safety, the school announced on Twitter Tuesday. That includes the heat acclimation week for football.

“We still have a lot of work to do,” athletic director Chip Olinger said.

Olinger has asked the school board to extend its OTA health plan/practices through Aug. 23. It is supposed to end Sunday. He said the board is expected to vote on that issue Thursday and make a determination on fall sports on Aug. 20.

Under PIAA regulations, teams must have three full weeks of practice before competition can begin. That means the earliest games can begin for Penncrest is Friday, Sept. 11.

Last week the PIAA announced that it was moving forward with fall sports as scheduled but gave individual schools the option for alternative or hybrid starts. The decision by Penncrest would fall into the hybrid category.

According to the PIAA calendar, football is allowed to start Aug. 10 with the heat acclimation week. All other sports can start practice on Aug. 17. The first contest date for football is Aug. 28. The first game date for all other sports, with the exception of golf and girls tennis, is Sept. 4. Golf can start on Aug. 20 and tennis on Aug. 24 (both require less practice before the first competition date).

The decision by Penncrest pushes that timetable back two weeks for football and one in all other sports.

That could change. Olinger said the Central League administrators are scheduled to meet next Monday to finalize a plan for the fall season. That could hinge on what Pennsylvania Gov. Tom Wolf has to say. He is expected to announce further guidelines for high school sports on Wednesday.

“What happens in schools should be consistent with what happens on the playing fields,” Wolf said Monday. “In other words, if the school is going completely virtual it seems hard to justify to have in-person contact sports playing in the fall. If the school’s going to be open and feels it’s safe, teachers, parents, administrators feel it’s safe to reopen then that’s a different proposition for contact sports.”

Penncrest is the first individual school in Delaware County to push back the start of its fall season, but not the first to have its schedule altered. On Monday, the Inter-Ac League — which includes Agnes Irwin, Episcopal Academy, The Haverford School and Notre Dame — said it is delaying the start of fall practice until Sept. 14 and will play league-only competition in all sports.

Schools can continue to hold strength and conditioning activities through Aug. 21, but then must suspend those activities for a minimum of two weeks, which will be determined at each school’s discretion. Games will begin at the end of September. Football will play a seven-game schedule with some schools playing twice to fill out that schedule.

“The idea is to get school up and going and then start sports after that,” said Todd Fairlie, the athletic director and head football coach at Episcopal Academy.

Several schools and leagues throughout the state have pushed back the start of the fall season. The WPIAL announced that football games will start on Sept. 10, while the first competition date for soccer, field hockey, volleyball and cross country is Sept. 14. Golf and girls tennis will start on Aug. 24.

The Eastern Pennsylvania Conference, part of District 11 in the Lehigh Valley, announced Tuesday that competition in soccer, field hockey and volleyball will begin on Sept. 25 and football games will start Oct. 2. Other individual schools have delayed the start of the fall sports season.

“There’s no playbook for this,” Fairlie said. “Nobody knows. We’re making an effort to get the kids back in school, and I think this sports decision is in line with that. What we were fearful of is coming back for sports next week or in two weeks and then cases pop up and the schools shut down.”