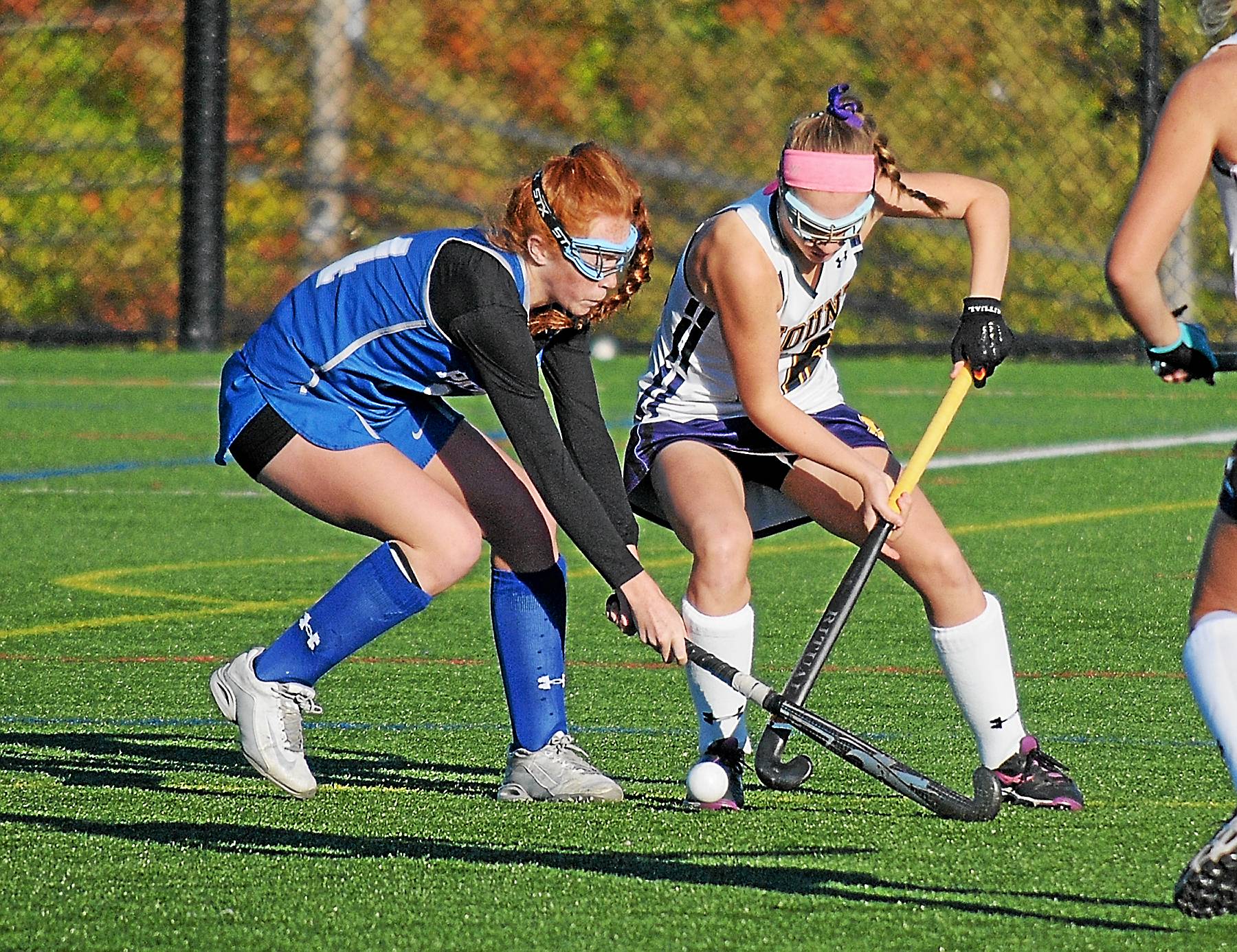 Watching Tessa Liberatoscioli compete, it should come as a surprise to no one that she is the youngest of four highly competitive siblings.

A senior at Great Valley, Liberatoscioli has been a three-sport star since 2016 in lacrosse, basketball and field hockey. She was the lone senior this winter on a Patriots’ basketball squad that went undefeated in the Ches-Mont American, advanced to the District 1 title game, and amassed a 23-5 record that is among the best in program history.

“The word I use to describe Tessa is ‘winner,’” said her head coach Alex Venarchik. “As a junior and senior she played every game and gave every ounce of effort and competitiveness every time she stepped on the court.

“A few times this past season, I felt she was exhausted, but she found another level of play to take it too because she wasn’t going to be denied an opportunity to win.”

After Liberatoscioli’s buzzer-beater in round one, Great Valley was knocked out of the PIAA Playoffs in round two. By the next day, the tournament was postponed due to the coronavirus outbreak.

“I’m happy we were able to play our full season,” Liberatoscioli said. “Not being able to finish – especially in the state tournament – would have been very hard to take.”

But now the 2020 lacrosse season is in serious jeopardy, and that is probably Liberatoscioli’s top sport. She was a first-team all-area pick a year ago.

Venarchik describes Liberatoscioli as a solid two-way player that excels due to a tenacious and aggressive mentality. He’s talking about basketball, but the same is true in all three sports.

All of her older siblings played sports, and growing up Liberatoscioli learned at an early age that in order to hang with the big kids, you must be aggressive and persistent.

“And we were always competing,” she recalled. “We would race run up and down our street. We would even race to see who would be the first to take a shower each morning.

“All four of us wanted to be the best. And everything was a competition.”

Tessa’s sister, Franny, played the same three sports at Great Valley and went on to collegiate lacrosse at Ursinus.

“It helped me to see her and how much my sister loved lacrosse,” Tessa said. “And now I love it as much as she does.”

And when it comes to her intense will to win, Liberatoscioli credits her older brother, Armando and Anthony. The latter plays football at Widener.

“I learned to be competitive from them,” she said. “On the court or the field, I don’t let anybody bother me. I’m tough enough to power through.”

Unable to practice right now, Liberatoscioli is trying to stay active, which includes frequent runs as well as picking up her lacrosse stick every day. The Malvern resident has yet to decide her college plans, but just may wind up at nearby Immaculata.

“I’m looking into Immaculata right now to play basketball and lacrosse,” she said. “But it’s still up I the air.”