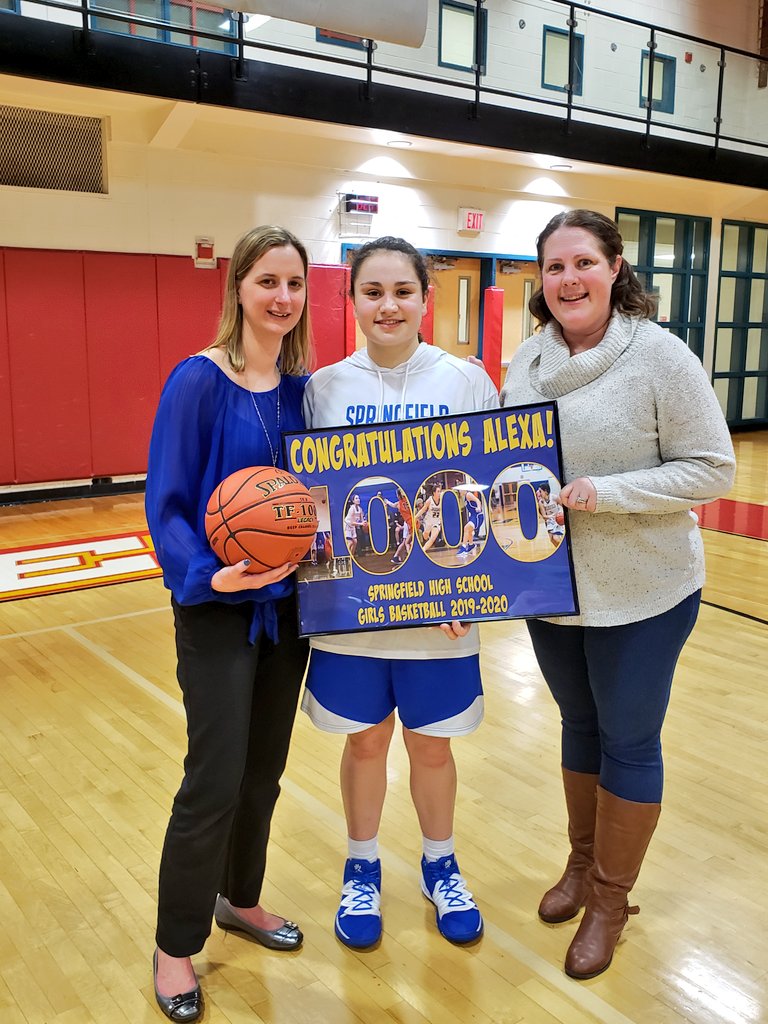 The junior guard from Springfield was hot from the start and reached the milestone on a 3-point basket in the first half of the Cougars’ 52-28 Central League victory at Penncrest.

Abbonizio hit a 3-pointer from the corner off a Rachel Conran inbound pass. She tallied 18 of her game-high 20 points in the opening two quarters.

The win secures a perfect regular league season for the Cougars (17-4, 16-0), who earned the top seed and a first-round bye in the Central League tournament. The quarterfinal round is slated for Saturday afternoon at a neutral site.

With the victory, Springfield in all likelihood clinched the No. 1 seed in the District 1 Class 5A tournament.

Abbonizio, who is the second-leading 3-point shooter in Delco, swished three buckets from beyond the arc. Alyssa Long added seven points, while Conran and Sam Beale each tossed in six for the Cougars.

Alexis Calloway netted 12 points and Morgan Ferry pitched in with eight for the host Lions.

Garnet Valley 29, Haverford 17 >> In a defensive battle, the Jaguars outlasted the Fords, who were held to single digits in every quarter. Liesl Dentinger scored a game-high eight points and Mary Rose Berry had seven for the Jags, who will be the No. 3 seed in the Central League playoffs.

The Fords, who also qualified for the conference tournament, got seven points from freshman Caroline Dotsey.

Radnor 57, Strath Haven 48 >> Ellie Mueller and the Raiders clinched their spot in the Central League tourney. The senior forward and all-time leading scorer in program history went off for 24 points, 10 rebounds, seven steals and four assists.

Julia Rigolizzo chipped in with eight points for Radnor.

Ridley 56, Lower Merion 35 >> Shannen Hinchey buoyed a balanced scoring attack for the Green Raiders, who wrapped up the second seed in the Central League. The junior finished with 13 points.

Upper Darby 56, Conestoga 46 >> Jasmine Forrester poured in 19 points to help the Royals to victory in their regular season finale.

Ashley Cyrus contributed nine points and Jada Hutt logged eight rebounds and three blocked shots for the Patriots, who likely will get the No. 2 seed in the District 1 Class 5A tournament.

Lashay Jackson paced the Knights with 16 points and Gabrielle Jackson chipped in with 12.

Interboro 46, Chichester 40 >> The Bucs hit their stride in the middle quarters when they outscored the visiting Eagles, 35-19.

The decade that was: The All-Delco database in the 2010s
SENIOR WEEKS: Great Valley’s Liberatoscioli credits siblings for her competitive zeal