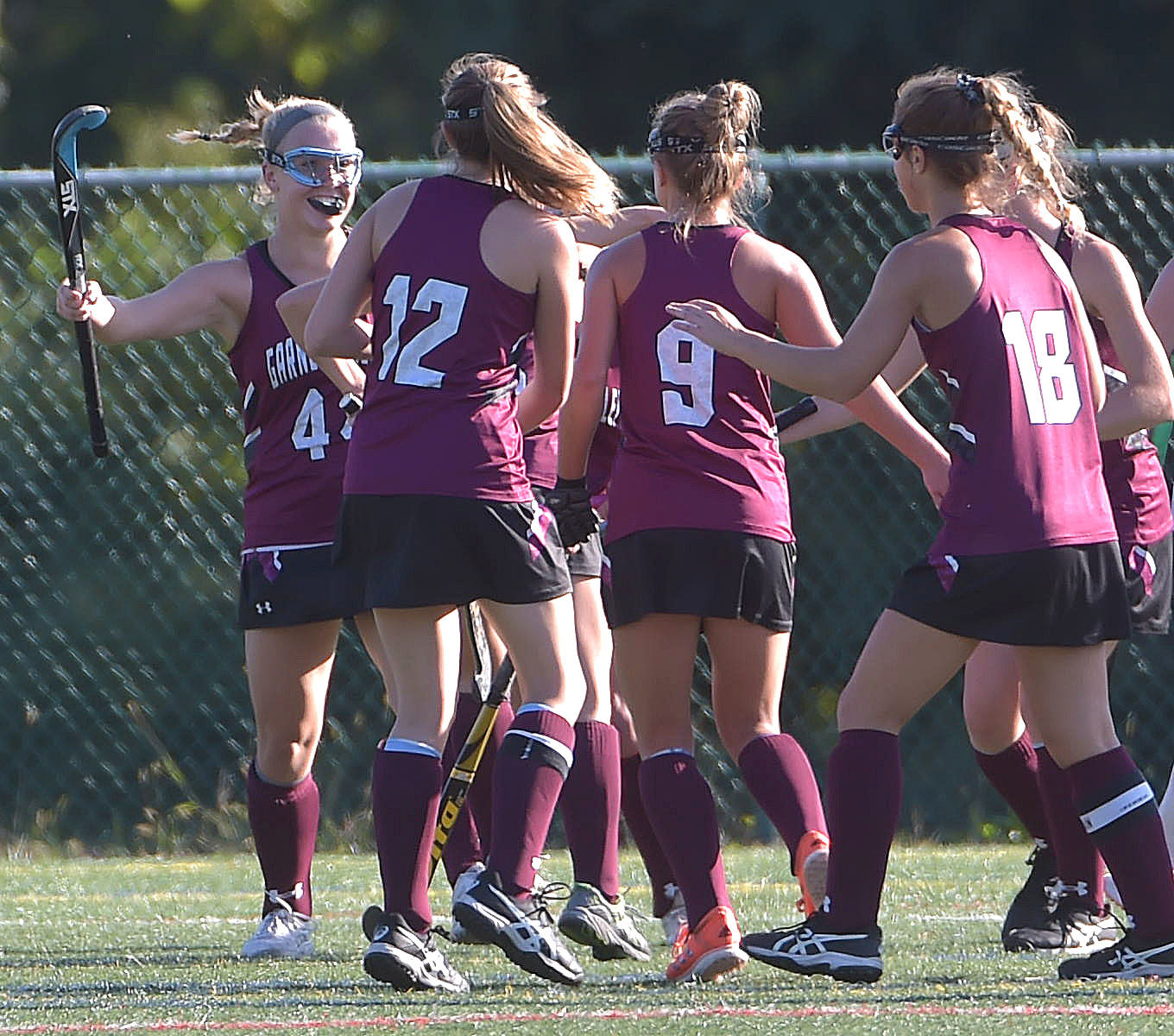 RADNOR — Tina Rawa and her Garnet Valley teammates didn’t need much of a primer about what was on the line Thursday afternoon.

With only two Central League games left, the stakes were obvious. Garnet Valley, unbeaten, entered as the top seed in District 1’s Class 3A rankings. Radnor was tops in Class 2A. Neither had a blemish in nine league matches.

“It meant everything to us,” Rawa said. “This was always our No. 1 goal for years. And this was the year to get it done.”

Rawa and the Jaguars didn’t leave any doubt, with three first-half goals powering a 5-1 romp over the shorthanded Raiders.

Rawa assisted on both of Kendall DiCamillo’s goals, and Sophie Easter scored twice for the Jags (17-0, 10-0 Central), who are guaranteed at least a share of the league crown and can clinch it outright next Tuesday against Penncrest. As the leader of a dynamic midfield, Rawa led the effort all day.

Her imprint on the first goal was subtler. Eight minutes into the game, Rawa lofted a restart from her own half over the Radnor midfield to Easter on the left wing. She eventually turned the ball centrally to Alicia Bartosik, who found Mary Rose Berry in the middle to bury the opener.

“That play definitely was something that, I’ve always been practicing my aerials,” Rawa said. “So I saw that space opened by Sophie, and I was going to give it a try, and I found her and she was able to stop it really well, get a quick pass off to Mary Rose and she was able to put it in.”

The play was emblematic of the Jags’ midfield dominance. The midfield trio of Bartosik, Rawa and Morgan McClintock governed the middle of the field, particularly early on. Rawa’s knack for being in the right spot turned into extra possessions for the Jaguars, and coupled with the ability of Claire Wolfe to sit in front of the defense and sweep up any balls that trickled through, the Jaguars formed a nearly impenetrable line.

When Radnor (12-2, 9-1) did get through, it was either speculative balls played into space or at a heavy cost to pick through the traffic, denting their forward momentum.

“We’ve just, as a whole team, have such a close connection to each other,” Rawa said. “We’ve been playing with each other for such a long time that those connections just come very natural to us, and we’re always trying to support each other wherever the ball is.”

The connection applied to corners, with Garnet Valley scoring on its first three attempts. Rawa’s shot from the top of the circle on the first was tipped home by DiCamillo, making it 2-0 within eight minutes.

Once Radnor leveled the game out, the Jags struck again with two minutes left in the first half. DiCamillo’s shot was saved off the line by defender Hope Delaney, but Easter was first to the rebound to deposit it into the cage. And just three minutes after Radnor’s Madison Milhous got the hosts on the board, Easter struck again, tucking home a ricochet after Rory Harper denied Rawa’s shot.

“We knew that our straight shots were really good and they were going to work,” Easter said. “So we did what we knew, and we got the job done multiple times.”

Thursday was Radnor’s third game without All-Delco midfielder Barb Civitella, the Duke commit going down with a fracture in her ankle Sept. 27 against Gwynedd Mercy. The void left by such a massive talent shows in the Raiders’ unbalanced midfield, and while they’ve scored 11 goals in three games in her absence, Garnet Valley’s midfield control owes at least in part to Civitella not being there.

Milhous sought to remedy that on her own out of the break, three times charging down the left wing and hitting reverse shots in the first five minutes. She got the last one to go to cut the deficit to 3-1.

“We weren’t really playing together, and we weren’t playing how we usually do,” Milhous said. “So I kind of had an urge to just go and score, get it down the field and just go in and shoot.”

Radnor earned seven corners and had seven shots on target – three saves each by Garnet Valley’s Megan Finnegan and Maura Greek, plus a defensive save from Olivia Kingsborough to deny Margaret Mooney. But any momentum made by Milhous stalled when Easter and DiCamillo scored within five minutes, giving the Jags plenty of time to plot what the postgame celebration would look like.

“It means so much to us,” Easter said. “This is the first time Garnet Valley field hockey has ever won the Central League. We’re just so excited and so excited to see how far we go. We stayed focused throughout the whole season, and it worked for us.”

Penncrest 3, Harriton 1 >> Heather Steward put Penncrest up for good, and Kerry Payton tacked on an insurance tally late for the Lions. Sam Woolery had opened the scoring for Penncrest.

Springfield 3, Strath Haven 2 >> Eliza Donaldson scored 12 seconds into the game, then provided the game-winner in the second half. Arden Turner had a goal and an assist for the Cougars.

Rory Caulfield had both goals for Haven as the Panthers erased a 2-0 deficit.

Bonner-Prendergast 8, St. Hubert 1 >> Reagan Dolan was in a giving mood with four assists to go with two goals, and Maeve Finnegan and Julia Rufo scored twice apiece as the Pandas (7-5-2, 6-2-0) rolled.

Episcopal Academy 5, Villa Maria 3 >> Kelly Smith scored twice in the second half, and Mia Garber and Ashley Sessa each added a goal and an assist as the Churchmen (10-1-1) won a slugfest. Gianna Cilluffo made eight saves for EA.