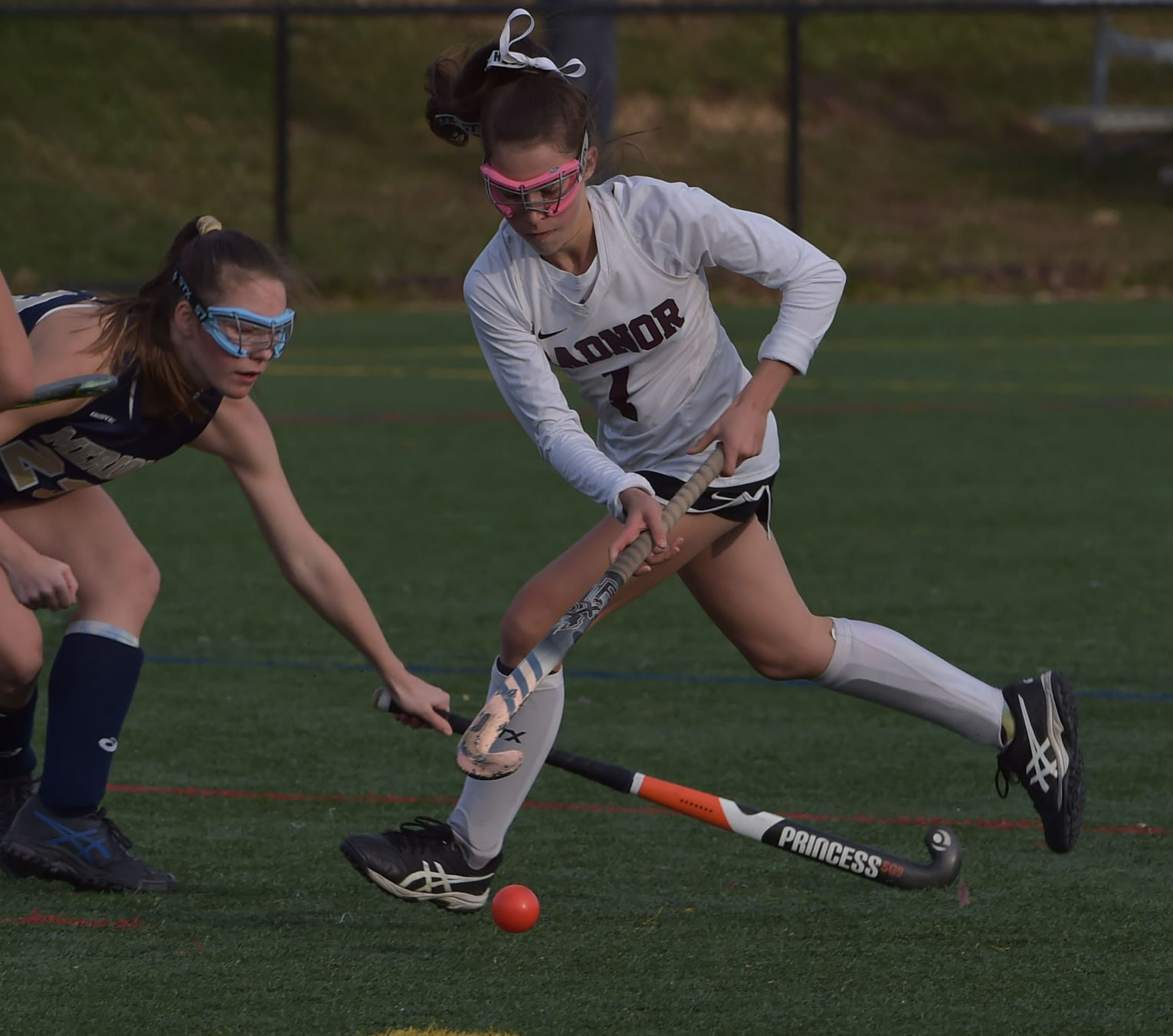 UPPER CHICHESTER — Barb Civitella could not wait to get into the game and play defense in the final four minutes of Radnor’s 7-0 victory over Springfield Tuesday at the MSI Sports Village.

She was so excited that she jumped up and down a few times as she waited for Hope Delaney to come off the field so she could sub on.

This wasn’t her first appearance in the game, far from it. The Duke-bound senior played a good portion of the contest at center midfield, where she dished out an assist to help the Raiders (9-0, 6-0 Central) remain in a first-place tie with Garnet Valley. But this was different. This was a chance for her to play a completely different position.

“I love being on the field, and anytime I get to try something new and challenge myself, I get really excited to do it,” Civitella said. “… This year is a very big growing year for me. I’m trying to improve myself as much as I can before college so I’m trying to challenge myself in new ways.”

Civitella’s boundless energy and considerable skill set were on full display against the Cougars (7-2-1, 4-2). Although she was not credited with an assist, Civitella’s relentless play led to Brigid Lowry’s goal that broke a scoreless tie. Later in the game, Civitella set up Haley Kemp to give the Raiders a 5-0 advantage.

“It’s a lot of fun to play with her and to be around her,” said Lowry, who also had an assist on Radnor’s second goal. “She always keeps us energized.”

It took 16 minutes for the Raiders to find the back of the cage. A lot of that had to do with the Springfield defense and goalie Nora Larkin, who came up big time and again.

“My goalie had 19 saves,” Springfield coach Hope Taylor-Scott said. “She worked really hard, and so did our defense. But (Radnor’s) stick skills are unbelievable so we knew it was going to be a challenge.”

Radnor’s skill eventually took over. After Lowry, Genevieve Mehra and Cierra Hopson scored to give Radnor a 4-0 advantage at the break. Senior Maggie Rosoff tallied twice, and Kemp and Piper Markowitz closed out the scoring.

On the defensive end, goalie Rory Harper made two saves to post the team’s sixth shutout of the season.

“This is just a really good group of girls,” Radnor coach Katie Maguire said. “They work well together. They’ve been playing together for years and that connection is there. The friendship, playing together on the field, hanging out off the field, it all works well in our favor. When you’re playing with your friends, you’re happy. It’s fun.”

Radnor’s confidence received a huge boost two weeks ago when it beat Conestoga for the first time in 10 years. It continues to grow with every victory.

“I said it from Day 1 that this was a special group,” Maguire said.

Garnet Valley 4, Lower Merion 1 >> Sophie Easter and Kendall DiCamillo scored in the first seven minutes, and the Jaguars never looked back. Sam Facciolo put home a pass from Claire Wolfe to make it 3-0, and Nicolette Saccomandi closed out the scoring for GV.

Strath Haven 4, Penncrest 1 >> Jazmeen Harper converted a pass from Sarah McAndrews with 7:35 to play in the first half to break a 1-1 tie. Harper finished with two goals, and McAndrews dished out two assists. Goalie Marlaena Ciaboattoni made five saves including two breakaway stops.

Heather Steward had the goal for Penncrest.

Conestoga 8, Ridley 0 >> Alex Gurski and Autumn Hill scored two goals each to pace the Pioneers. The Conestoga defense did not allow a shot on goal.

Jordon Polillo made 10 saves in goal for the Green Raiders.

Interboro 4, Chichester 3 >> The Bucs rallied from a 3-1 halftime deficit to win in overtime. Logan Stewart scored the winning goal 7:35 into the extra session off a pass from Dani Linker. It was Stewart’s second goal of the game. Linker and Maura Smith also scored for Interboro.

Ariana Davis tallied twice and Marissa Rybok once for the Eagles.