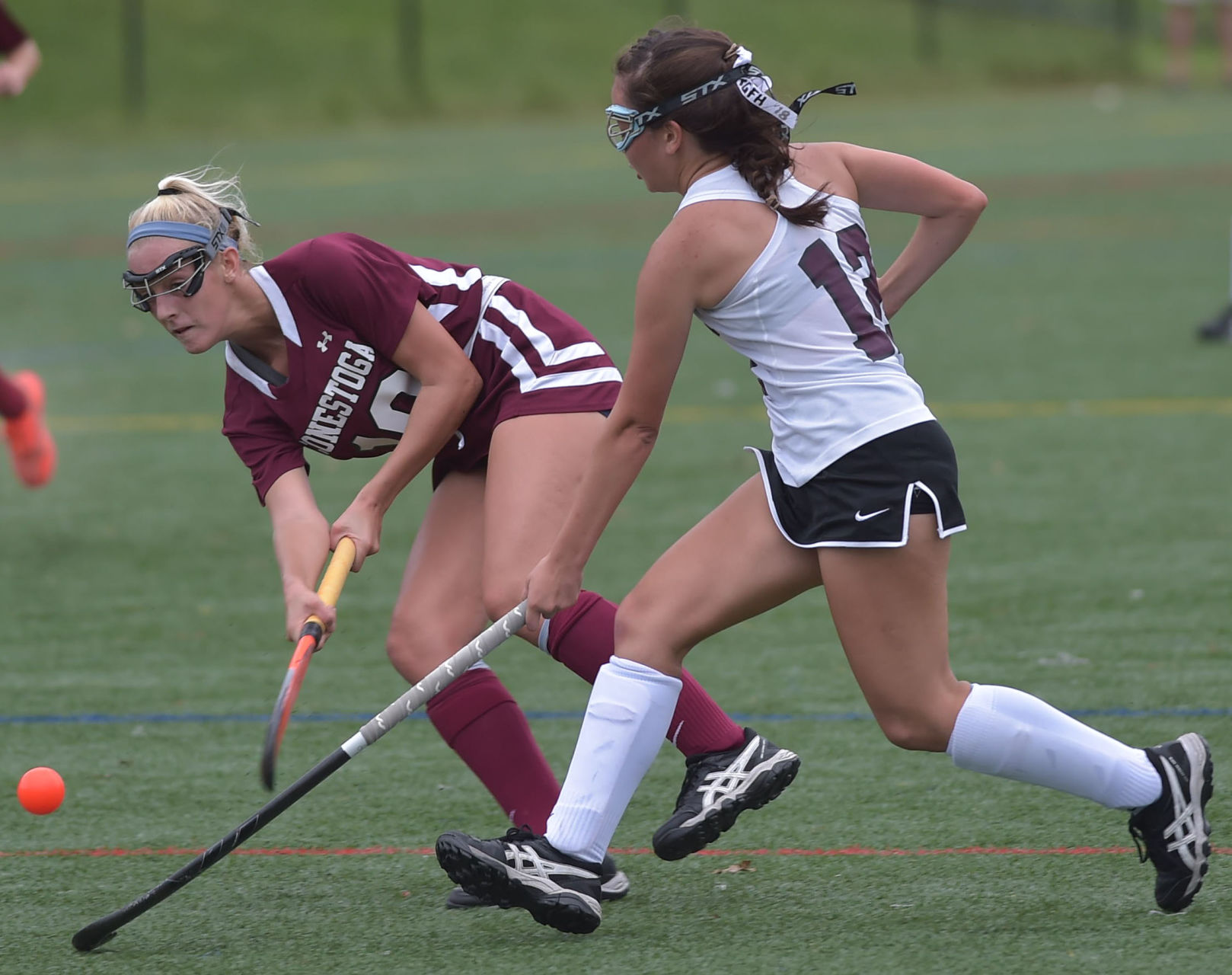 DeVries was a scoring machine for the Pioneers, knocking in 59 goals on the season, a mark second only to Donegal’s Mackenzie Alessie nationally.  de Vries finished her outstanding career with 191 goals and 91 assists.

Willing to pass as well as score, Thompson led the Vikings with 25 goals and 20 assists on the year.  A Liberty University recruit, Thompson finished her career with 101 goals and 98 assists.

Riccardo notched 13 goals and had 12 assists for the Whippets.  After her senior season next year, Riccardo will be headed to the University of North Carolina, where she’ll join her older sister Romea on the Tar Heels roster.

The Whippets cruised to a second straight Ches-Mont title thanks in no small part to Smyth, who paced West with 28 goals and 18 assists.  Smyth will play her collegiate field hockey at St. Joe’s.

Full of intensity, the speedy Iacobucci brings as a non-stop approach to the game. A University of Virginia recruit, Iacobucci scored 17 goals for the Hurricanes while assisting on another 14.

Splitting time between midfield and defense, Harkins’ versatility was an invaluable part of the Villa Maria program.  The Duke recruit finished her senior year with 16 goals and 11 assists.

Despite her youth, Drabick was a key cog in a Great Valley offense that won the Ches-Mont American, and finished fourth in Districts to qualify for the state tournament.  Drabick, with two more years of high school ahead of her, is already committed to play field hockey at the University of Maryland.

Fredericks, who will be headed to Old Dominion to continue her field hockey career, was the top defensive player on a team known for its defense the past few seasons.

A hitter on corner for the Whippets, Miller found the back of the cage 13 times on the season, while also picking up 9 assists, and played a key role on a very stingy West defense.  Miller is headed to St. Joe’s next year.

The Whippets had one of the top defenses in District 1 this season, allowing a mere 1.05 goals per game.  With an attitude that treams were just not going to score against West, Riccardo was a stalwart of the unit.  Riccardo heads to Michigan State to continue her field hockey career.

One reason the Golden Knights were playing in the post season was that it was very difficult to get a ball past Hadfield, a Hofstra recruit, who was one of the top goalies in the district with a save percentage of 89.71

It’s no easy task taking over for a coach that had reached the state finals in three of his four years like Evans did following Daan Polders.  But Evans was more than up to the task, guiding a seamless transition that led to an undefeated AACA title, a District 1 title and a berth in the second round of states.  But not for a mysteriously disallowed goal in overtime, the Hurricanes may have been right back in state finals.

“We had a lot of great games and moments on the field that I’ll cherish,” said Evans.   “Personally, winning my first game as a coach was special. But winning the Catholic Academies league – which always incredibly competitive – and then topping it off with the District 1 Championship were of course highlights as well. I was so lucky this year to have such a strong team with wonderful personalities, work ethics and talent. These girls truly made every day fun.”

With a resume that includes time spent playing on the USA national team, Evans, a Villa grad herself, was the perfect choice to follow in the footsteps of Villa coaching legends Maurene Polley and Polders, having played for both at some point in her playing career.  But with this being her first high school coaching job, there were things to be learned along the way.

“I learned so much this season, it’s almost frustrating,” said Evans. “Like you wish you could back in time and start over again with this new-found knowledge. The biggest lessons for me were learning the team and what really works for this group. There are a lot of traditions and events that are special to our team that I needed to figure out. There’s also discovering how much you can push a team, or when you need to pull back. Luckily, we are a very open group and very good at communication.”