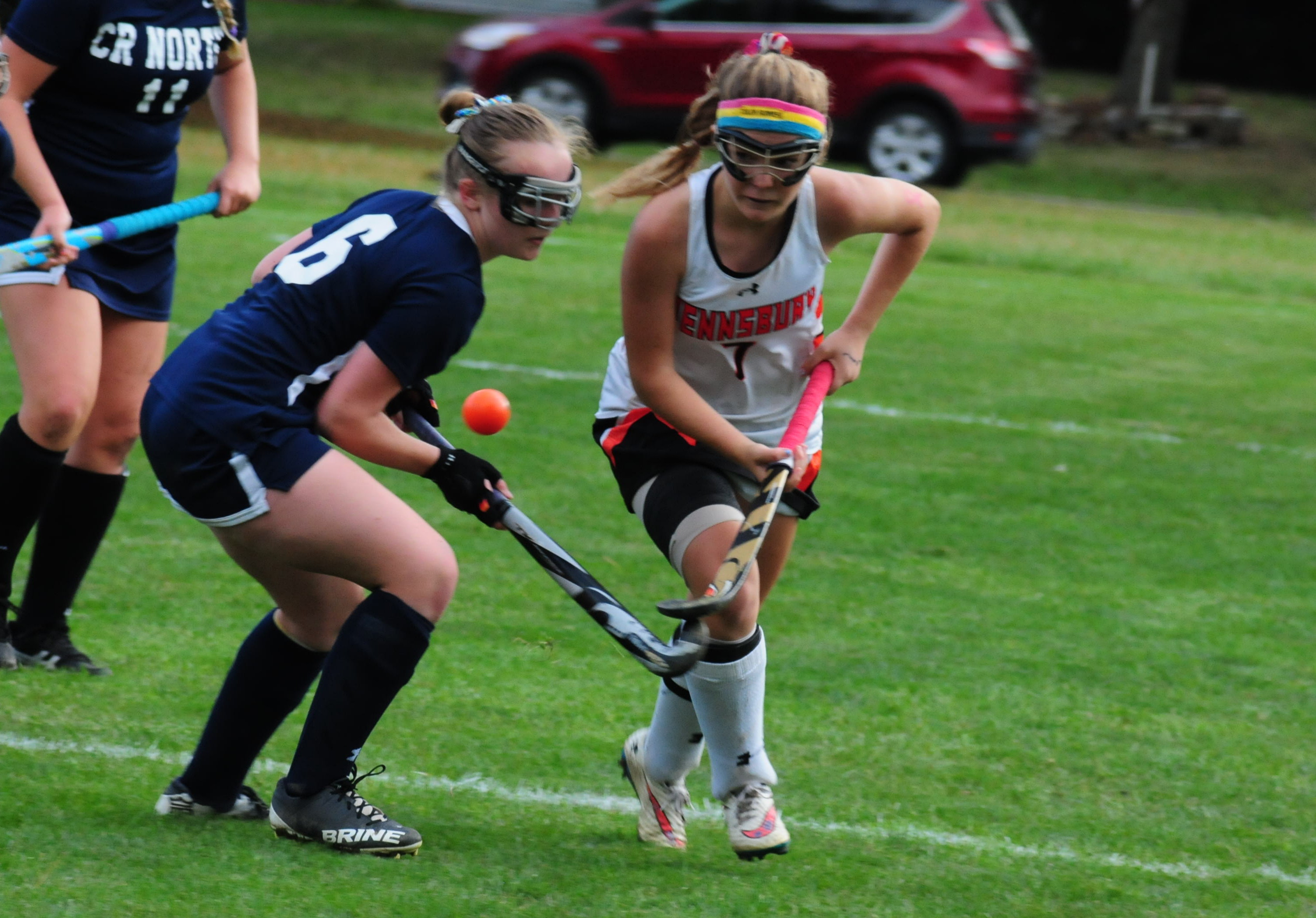 Yardley’s own Nell Webber along with Skyler Caron, of Hampton, N.H., and Jonna Kennedy, of Watertown, Mass., will add to the Eagles’ ranks next season.

Webber is a senior forward/midfielder from Pennsbury High School in Fairless Hills, who helped the Falcons go undefeated this fall for the first time in school history.

Pennsbury’s 12-0 record in conference play helped the Falcons claim the Suburban One National League title all to themselves. The last time Pennsbury was at the top of the division was 2009, the year before head coach Jamie Parell took control and they shared the title with Rock North. Parell was a second-grader the last time the team claimed the league title for themselves in 1992.

A two-year captain, Webber was recently named a Philadelphia Senior All-Star by Philafieldhockey.com, a website that promotes high school, college, club and youth field hockey in the Philadelphia region.

The Pennsbury senior was a three-time all-league selection, notching 34 goals and 32 assists in her four-year career. She was also a National Futures Championship and Junior Olympics selection.

Webber will join 2017 Council Rock South graduate Caroline McGovern when she arrives in Chestnut Hill. In 19 games (9 starts) this past season for the Eagles, McGovern notched three goals and three assists including the game-winner in the team’s 2-1 double overtime triumph at Albany and the opening goal in the Eagles’ 2-1 victory over Maryland on BC’s home turf.

Caron, a defender from the Governor’s Academy in Newbury, Mass., helped the Govs earn Independent School League (ISL) championship titles in 2015 and 2017 and a NEPSAC title in 2016. She collected ISL MVP honors as a freshman and sophomore and first-team accolades in 2016. Caron, a senior captain, was named an All-America First Team in 2015 and 2016 and was a member of the National Field Hockey Coaches Association (NFHCA) Academic Squad last season. She was a member of the U.S. Under-17 National Team for two years, captaining the squad in 2016-17. Caron plays club at NorthEast Elite under the direction of former Eagle Chelsey Feole.

Kennedy is a goalkeeper for Watertown High School under head coach Eileen Donahue. She is a Middlesex League All-Star three years running and collected Boston Globe and Boston Herald All-Scholastic Team honors in 2016. Kennedy was named a captain for the Raiders her junior and senior years. Watertown has won the league title the last four years and are three-time Massachusetts state champions. Kennedy was part of Watertown’s 184-game unbeaten streak and will play in the Division 2 North finals on Saturday. She is also a member of the U.S. Under-17 Junior National Team. Her sister, Kourtney, is a freshman forward on the Connecticut field hockey team.