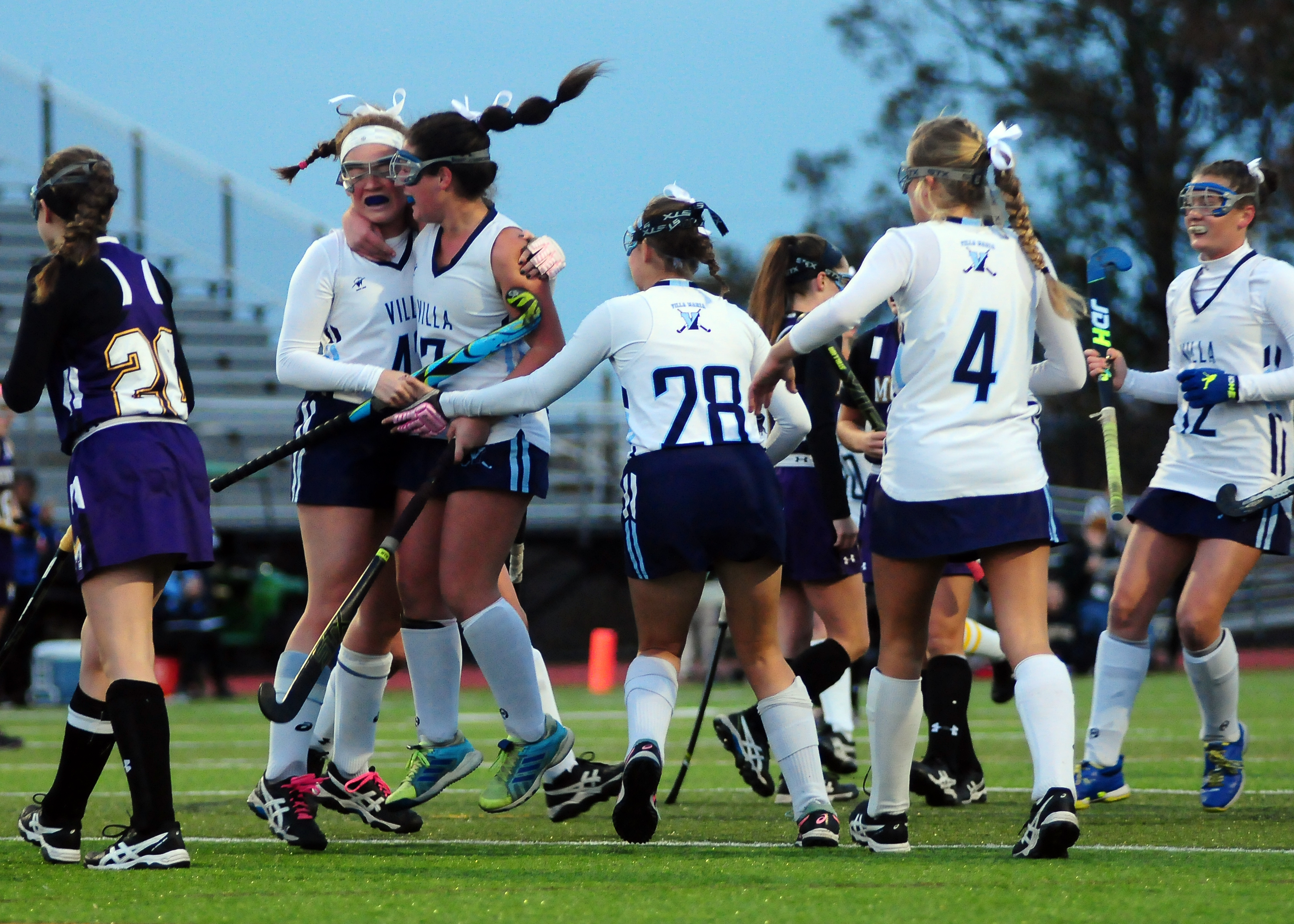 WORCESTER >> For the third time this season, the Mount St. Joseph field hockey team was lining up across from Villa Maria. This time it was with the District 1 Class AA championship on the line. But also for the third time, it was Villa Maria coming out on top, With the 5-1 victory, The Hurricanes raised the trophy above their heads, leaving the Magic to settle for a runner-up finish.

“We played them tighter the first two times” said Magic coach Jeannine Wallis. “We’re going to need to work on our corner defense and getting the ball out quicker. But it’s been a great season so far and we’re not done yet.”

With the win, the Hurricanes move on to a match-up with New Oxford, the sixth-place finisher from District 3, at a site and time to be determined.

“It’s always fun to win a championship,” said Villa coach Daan Polders. “It’s great for the kids. It’s what you work so hard to do.”

Villa struck first, converting on a penalty corner with Hanna Miller dishing off to Erin Zielinski to get a 1-0 lead a little over five minutes in.

“We had a set play going in,” said Zileinski. “And once the ball was coming in, honestly, everyone was going for it. I just happened to be in the right place at the right time, but that was really a team goal.”
But the Magic answered right back. Meghan McGinley brought the ball up into the circle, and put a pass on the stick of Megan Maransky. Maransky delivered a beautiful goal over Villa goalie Danielle Acuna and into the far side netting of the cage to tie it at one a piece.

“We learned the hard way last year that you have to play hard from start to finish,” said Miller. “You can’t let teams stay close because things can go wrong in a hurry. So we all just knew we better step it up.”

Villa bumped the lead to 2-1 when Zielinski picked up her second goal of the night, also on a corner, but this time with Adrianna Yacovelli credited with the assist. Then just before the break, Adele Iacobucci fed Miller with a nice pass to Lindsay Dickenson on the left side of the circle. Dickenson unleashed an absolute rocket into the cage for a 3-1 Villa lead.

With just a minute to go in the half, Iacobucci delivered an assist to Miller to make it 4-1 at the break. The Hurricanes rounded of the scoring 30-seconds into the second half when Erin Finley scored, with an assist to Dickenson.

“We’ll enjoy this tonight, but we’ll be back at practice tomorrow,” said Polders. “This is a very down-to-earth group. We’ll celebrate a little, but this group won’t have any trouble getting back to work to get ready for Tuesday.”

The Magic will start their state tournament on Tuesday with a game against the fifth place finisher from District 3, at a site and time to be determined.