Communication is the key to teamwork at Neshaminy field hockey 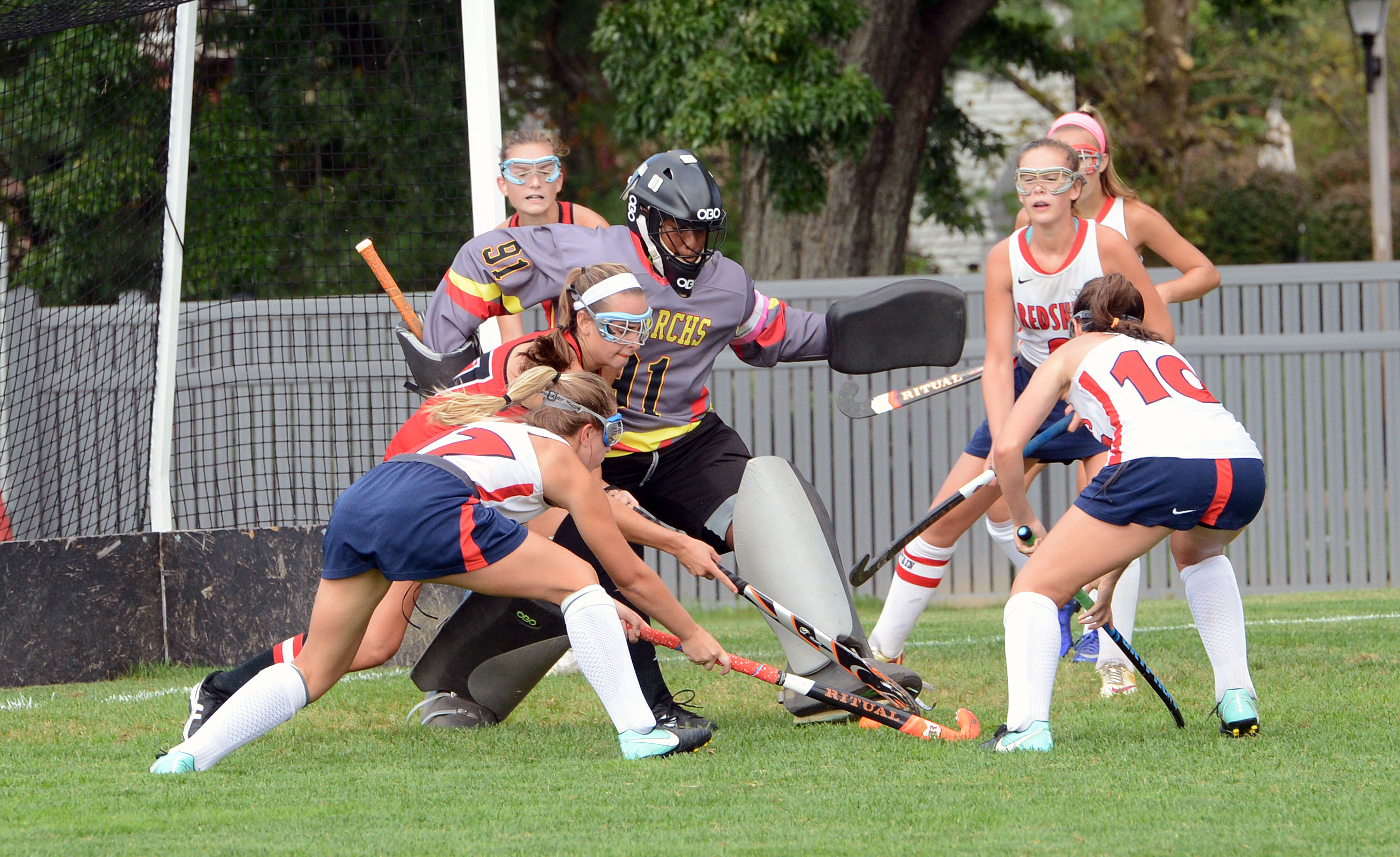 LANGHORNE – For a scholastic sports team to succeed, it must have athletic ability and team unity. Talent without communication often falls short. Fortunately for the Neshaminy faithful, this year’s field hockey team is blessed with both of these essentials.

Senior co-captain Abby Geisler certainly values the team aspect of her chosen sport. She started playing field hockey in seventh grade. “I played soccer when I was younger and I wanted to try something new. Also, all my friends were playing it and I wanted to hang out with them.”

Those rather innocent beginnings soon developed into a deep passion for the sport. “I love being part of a team and the intensity of the game. I love how a team needs to be together to get that ball across the field. If one person is having a bad day we all need to get that person up. It’s such a team sport and that’s why I love it so much.”

That athletic amour defines how she approaches her position. “I’m playing center-forward this year. My job is to do anything it takes to get the ball in the cage. When our mids are taking shots, I do anything I can to get one touch on the ball. When I see girls open in front of the goal, I have to make sure to give them good passes to set them up.”

For Abby, the key to playing center forward is communicating. “You have to be in shape and you need to be talking a lot. Communication is key so your teammates know when each other is open.”

Abby carries the team concept beyond game time. As captain, she wants to set a positive tone. I view being captain as an opportunity to encourage my teammates. We have a young team and we lost a lot of seniors last year. I hope the young players will come to me and ask me anything. I hope I am an approachable captain. I want to reinforce all the girls with positive comments.”

The approach seems to be working. After a couple close non-league losses, Neshaminy started to gel as a team. They currently sport a 5-4 record. More importantly, they are 4-1 in the highly competitive Suburban One League (SOL) National Division with wins over Bensalem, Harry Truman, Abington and Council Rock North. Their only blemish was a 3-1 loss at the hands of undefeated league leader Pennsbury.

Abby certainly relishes her teammates’ attitude. “I think we have a strong team. We are young but very hardworking. We have a lot of heart. When we get down, we don’t stop working. We had some tough overtime losses in the beginning of the season, but we took what we didn’t do well in those games and worked on it in practice.”

One element the whole team stressed was communicating. “We went to the Lafayette Summer Camp where we set goals. We wanted to be a very talkative team throughout any part of the game. Talking almost adds an extra person on the field. It’s intimidating to the other team and helps us connect on passes.”

The growing team chemistry became evident in an early conquest of Abington. “Our Abington game was very important for us. It was our first league game of the season. We weren’t sure how we’d match up against Abington. We went out and played strong and won 5-0 which was more than we expected. Afterward, we said the league can be ours if we keep up the pace and hard work.”

Abby knows that to continue winning in the Suburban One League, Neshaminy will need to keep improving. “The strength of our team is working the ball from the defense to the offense. We do that very well. Our long ball passing from our midfielders is good. All our team needs to do is put the ball in the cage. Our goal now is to finish every shot.”

Neshaminy showed they had taken a big step toward reaching that goal when they recently defeated Harry Truman 6-0. Clara Lambon and Peyton Ritchey each scored two goals. Single tallies by Jamie Pennington and Sophie Schardt completed the offensive assault.

Though a youthful team, Neshaminy is already developing the team chemistry necessary for success.