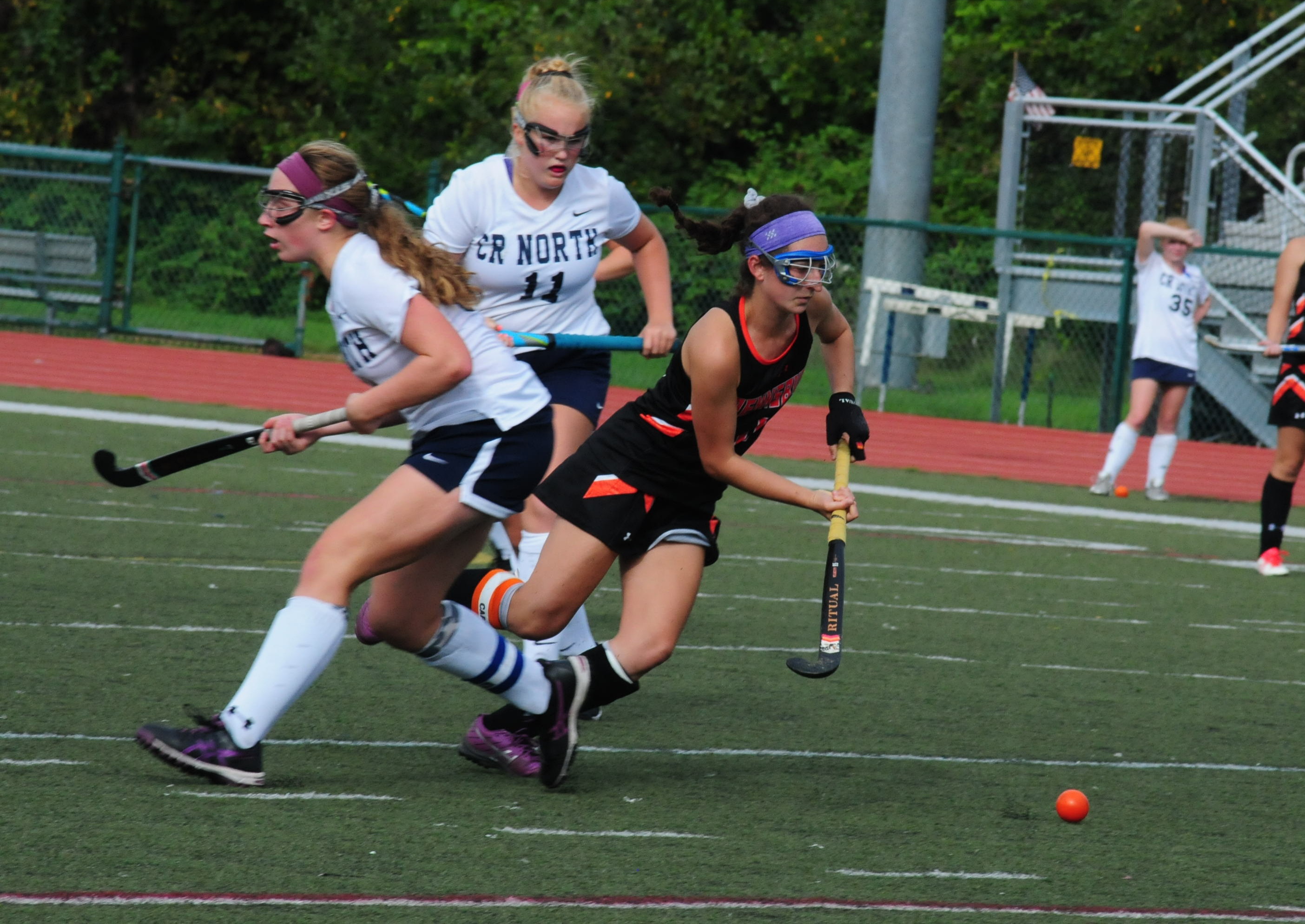 Geller registered a hat trick including a backhander she tallied with 1:39 remaining in the first half to put Pennsbury up 3-0 going into the intermission. The 11th-grader also scored on a penalty corner seven minutes into the contest and on another corner opportunity for the Falcons with 54 seconds left in the league battle.

Senior Kate Chesney came through with a goal in the first half, just 26:20 into the game and classmate Maddie Hackman scored on a scrum in front of the CR North cage just 5:50 into the second half.

Goalkeeper Michelle Deodati registered the shutout for the Falcons while Kyra Deehr-Lewis stood tall in goal for Rock North, which was outshot in the contest, 18-0. Pennsbury also out-cornered CR North, 4-0, in the duel.

The Falcons have won three straight in the league while falling 1-0 to Plymouth-Whitemarsh Saturday, Sept. 16 on their home field.

Pennsbury’s biggest win to date had to be a 3-1 triumph over SONL rival Neshaminy Sept. 14 on the Lady Skins’ home field. In the first win the Falcons recorded over Neshaminy since 2011, senior captains Olivia Mauro, Nell Webber and Chesney notched goals, putting Pennsbury on top just 12 minutes into the first half.

The Falcons also posted a 3-0 shutout win over CR South Sept. 15 at Walt Snyder Stadium. Coming into the current campaign, Pennsbury lost just one player to graduation – midfielder Amelia Sharp, who is playing at the University of Scranton.

In boys soccer action, Council Rock North posted a 1-0 triumph over SONL rival Neshaminy, despite playing with a man down for the last 50 minutes of the contest. Senior Justin Scharf tallied for the Indians 10 minutes into the second half while classmate Ed Mancinelli made the lone goal count with his third shutout of the season. Scharf got his left foot onto a cross that came in from classmate Jon Pugh for the game-winner.

CR North was forced to play with a man down because senior Ryan Pave received a red card with 10 minutes left in the first half.

With the win, the Indians pushed their way to 5-2 overall, 5-0 in the SONL. CR North has allowed just three goals this season against league foes after starting the season 0-2 against a pair of non-league opponents.