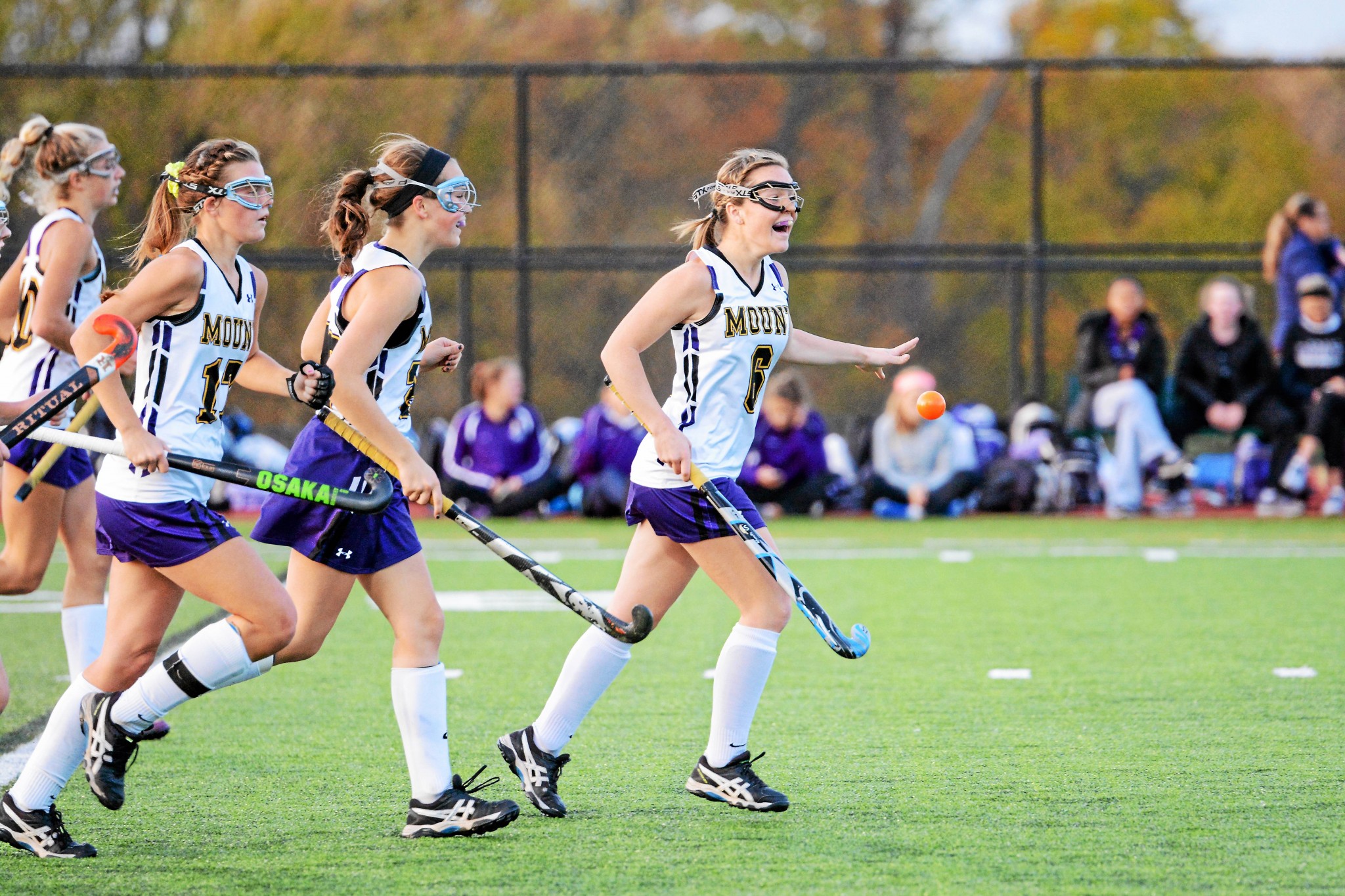 WORCESTER >> Mount Saint Joseph Academy went forward by going back – back to some practices and some offensive and defensive alignments that had worked in the past.

And as a result, the Magic went back to doing what they they have done so well – win.

“We had to push each other and work on our small passing game,” said Magic head coach Tina Reinprecht. “It’s a team sport, and we focused on that.”

The team work paid off almost immediately as Biamon scored just 7:08 into the game, and Kratz doubled the lead just moments later.

“We went back to a lot of our old offensive sets,” Kratz said, “and the things that have worked for us this year.

“That was a big focus for us at practice.”

The Pioneers capitalized on a breakaway pass to Hanna Garber, who halved the lead at the 9:04 mark.

But the Magic came right back, and a goal by McNamara enabled the Magic to take a 3-1 lead into halftime.

“We regrouped after their goal, and that really helped us,” Kratz said.

“We got a lot of support through the middle from Mary Kate Stefanowicz and Margaret Lynch,” Reinprecht said.

Kratz then, essentially, put the game out of reach when she scored 76 seconds into the second half.

Of Lynch, a dazzling sophomore, Reinprecht said she is a future star.

“She just has a great stick,” the coach said. “She gets herself in good position to get good wood on the ball.

“And she can do it all- pass,shoot or playmake.”

Kratz added that her future in field hockey is undecided, although she has already been in touch with several collegeiate programs.

“I’ve been playing for eight or nine years now,” she said. “I’ve done a lot of college clinics, but I haven’t decided on a school yet.”