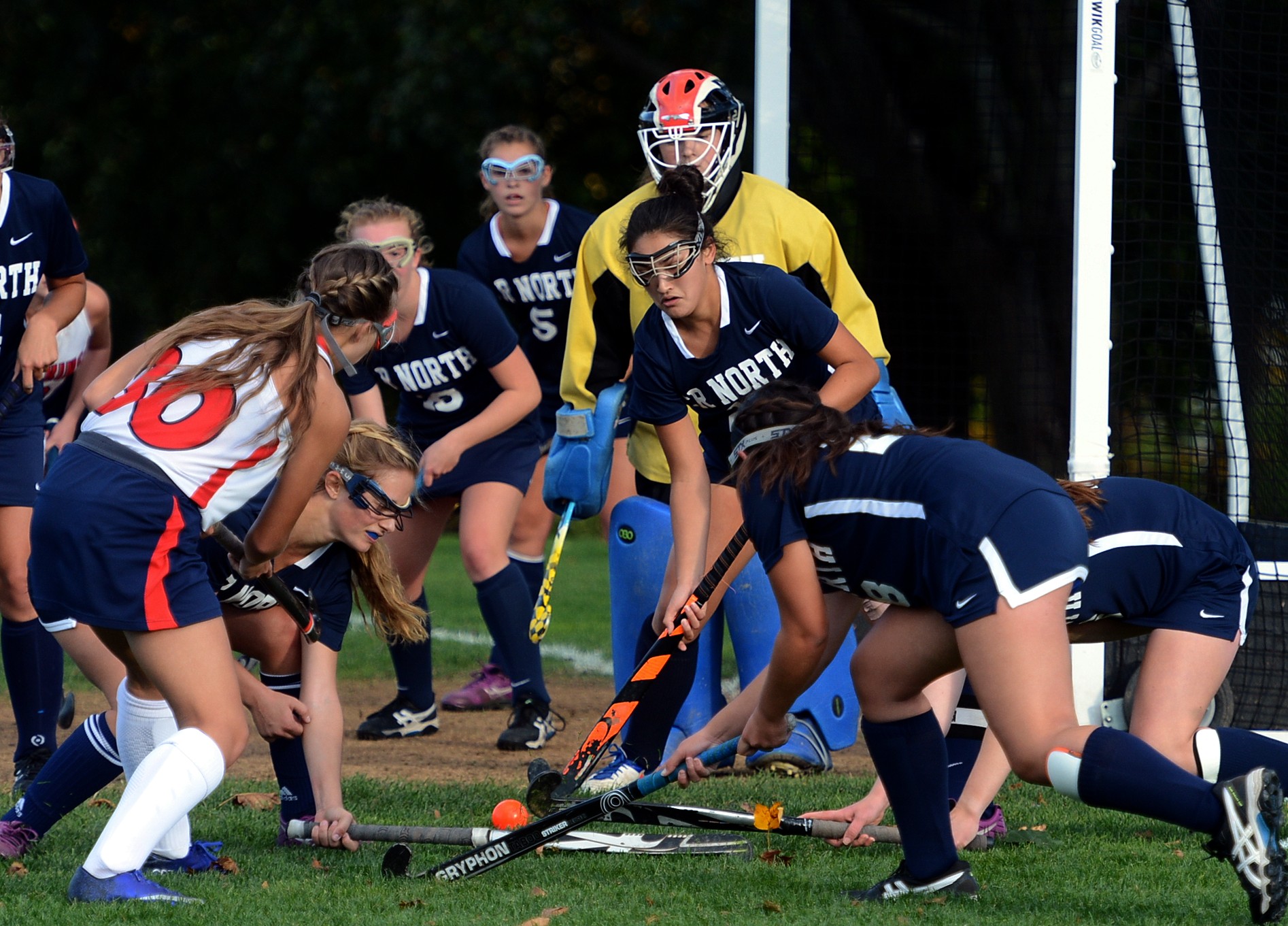 LANGHORNE – When the girls on the Neshaminy field hockey attribute their success to being a family, they mean it in every sense of the word. The bonds run deep and grow from sacrifice and hard work. For some, the feeling even seems to have a genetic basis.

With that noble hockey heritage, it’s little wonder that Emily earned all SOL second team honors as a junior. She got an early start.

“My mom played field hockey for Neshaminy. She was one of the players on the state championship team. So I’ve been doing it my whole life. I did Neshaminy field hockey camps at age four and in third grade, I really got into it with the Mystx program.”

“Field hockey has been a tradition at Neshaminy for many years. Having lost a lot of seniors from last season only gave us more motivation to start working really early. We ran together over the summer. We’d go out every morning at 8 a.m. We took it to heart when we lost eight seniors and four of them were Division I players. We knew we had big shoes to fill and everybody stepped up as a team.”

The familial bonding paid off as Neshaminy melded into a smooth-working team.

“At the beginning, we were adjusting and still moving around in different positions. Once we got into season play and beat North the first time and then beat Pennsbury, it helped boost up everyone’s confidence. We felt our intensity was still there. Then, we beat CB West and we kept rolling.”

The only team Neshaminy did not conquer as they built a 10-2 league record was eventual champ Council Rock South. First-year coach Jamie Pinto’s charges lost two heartbreaking 2-1 overtime contests to the Golden Hawks, the second of which determined the league championship.

Emily and her teammates adopted a mature approach to the loss.

“It was a very hard loss for us. But we just took a positive note and said, ‘that’s fine,’ but no more losses. We have to work harder because we have playoffs. We worked very hard in that game but said, ‘we have to move on.’”

Neshaminy entered the District One Class AAA playoffs, seeded 13th. They drew the 20th-seeded CR North team for a first-round opponent. Though having vanquished them twice in the regular season, Emily knew to take their arch rivals seriously.

Emily’s appraisal rang true as the Indians drew first blood when Anna Lehman found the back of the Redskins’ cage 3:02 into play.

“It really woke us up. We said we’ve got to get going. The seniors all said we’re not letting this be our last 50 minutes of field hockey because they scored early. We all said keep your composure and let’s get going.”

Neshaminy did just that. Midway through the half, the Skins knotted the score at 1-1 when Taylor Benton scored on a direct corner from Jamie Pennington.

Having fought through a scoreless second half, both teams prepped for a dramatic overtime. Neshaminy paid close attention to their coach’s advice.

“Our coaches are phenomenal. They always say keep your composure, keep going and keep your sticks down in the circle and it will pay off.”

The payoff came when Mia Sexton tallied with only 4:14 remaining in overtime. Emily will long remember the winning goal.

“Our right forward Payton Ritchie dribbled it down and crossed it to Mia and Mia did a really nice reverse scoop off the right corner of the cage. She saw the goalie move and she put it in the corner of the goal.”

Understandable joy spread among the Neshaminy players. “Today during overtime is why we worked so hard. All our two-a-days and all our runs built up to this moment. We were just so happy. Our girls have been together for up to four years so when Mia scored, we were so excited.”

The Neshaminy field hockey family will undoubtedly be ready when they take on fourth-seeded Methacton in round two of the districts.