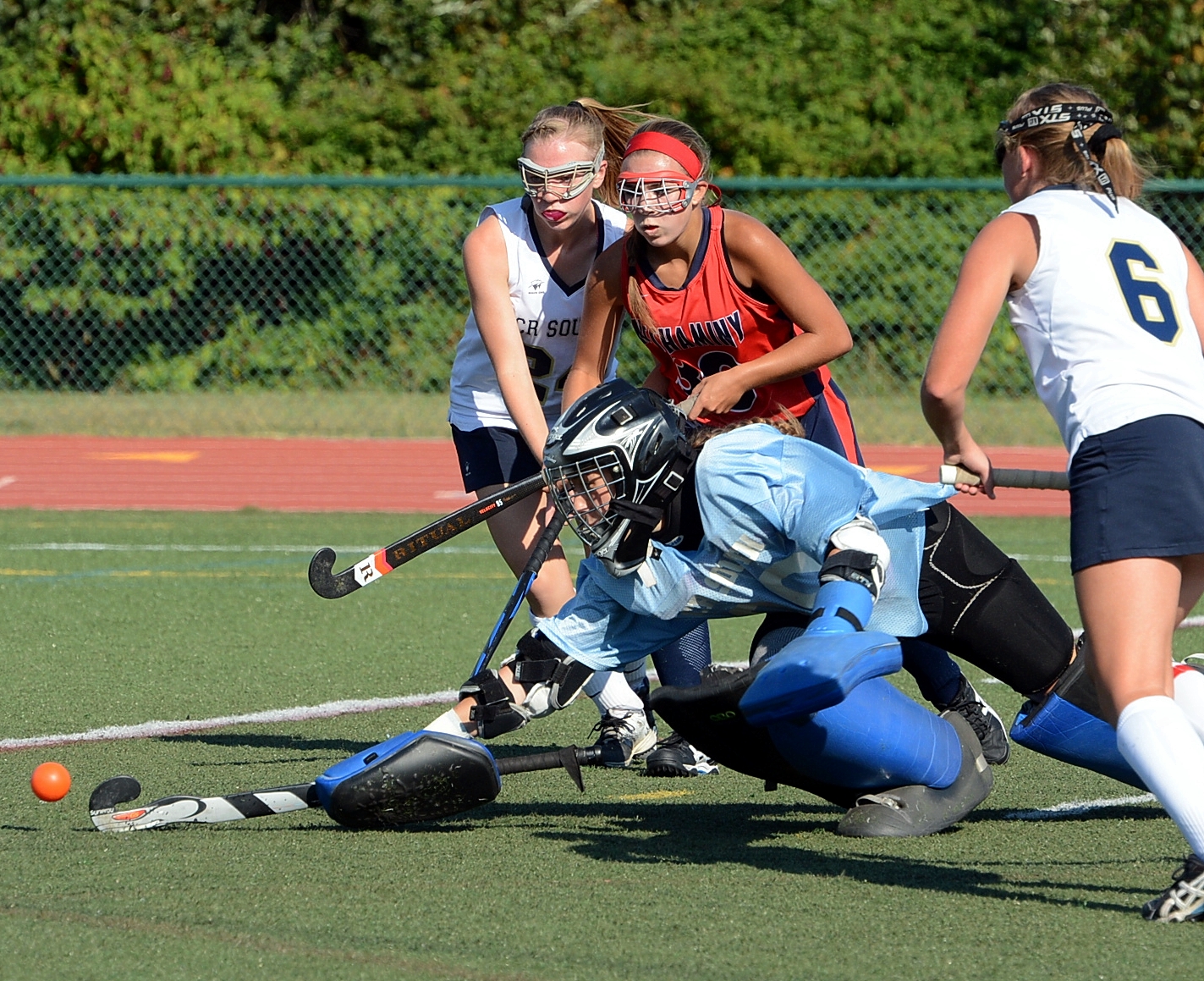 LANGHORNE – The beauty of scholastic sports is the ever developing challenges a new season brings. Last year, the Neshaminy girls field hockey team won the Suburban One League (SOL) National Division title with an unblemished 14-0 league mark. The loss of nine seniors to graduation, however, meant the 2016 campaign would start with some pretty big question marks.

Mia Sexton, co-captain and senior forward, knew the positive trends reflected a real learning curve. “In the beginning, we were still getting used to playing with each other. Everybody was doing a good job. As we progressed and worked more together as a team, things started to click for us. Every game, you can see improvement in our play.”

For Mia, the real point of maturing came in the 1-0 victory over Great Valley. “The turning point for us was the Great Valley game. It was a non-league opponent. They’re a really tough opponent and the girls showed so much heart against them. We really pulled out a good one there.”

Armed with a new confidence, Neshaminy entered a week that would feature key matchups against league rivals Council Rock North and CR South. On Sept. 19, they traveled to Walt Snyder Stadium to tackle the Indians. “We knew it would be a big game. All day long, we were pumping each other up and getting ready for after school.”

The nail-biting contest came down to one goal. At the 15:53 mark, Elayno scored off a corner pass from Sexton. For Mia, the key assist was all part of her role as center forward. “My responsibility is working on play inside the circle and my main goal is to score, but it’s more so about setting up my teammates on the post.”

The 1-0 victory kept the Reskins unblemished in the SOL and set up another league game with Harry S Truman. Here, Mia stepped into the scoring spotlight, finding the back of the enemy cage four times. “My coaches called a timeout when it was 1-0 in the middle of the first half and told us to get a couple more goals before halftime. We tried to drive up the field. I was just in the right spot at the right time.”

Though showing she has the savvy and talent to score, Mia also willingly switches hats and plays defense. “Depending on the game, my coach will want me to play more defensively or more offensively. In our big games like North and South, I play a little more defensive and go back farther than I usually do.”

The Neshaminy brain trust assumed that very strategy when the Redskins took on CR South in a battle of league unbeatens. “They wanted me to stay a little bit more defensive and set my other forwards up because they (South) have a strong set of forwards and mids. Just preparing for that game, we knew it was going to be a very hard game so we all tried to stay calm and focused.”

While tending to her defensive responsibilities, Mia also gave Neshaminy a 1-0 lead when she scored a little under 20 minutes into the game. “I had sort of a breakaway. My midfielders sent me a ball in the center of the field. There were a few defenders I had to beat because my forwards were all dropped back. I got around them and had a reverse chip that hit the back of the cage.”

The lead did not hold up as the Golden Hawks’ top scorer Caroline McGovern scored off a pass from Tori Wright to send the game into overtime. Mia realized Neshaminy would have to hold off their aroused foe. “Our coach told us how proud she was of the way we were playing. We’ve come this far so we shouldn’t stop. Then, we tried to play hard defense because they’re strong up top. They had so many corners in overtime.”

All told, South would finish the day with 21 corners and 19 shots on goal. The telling blow came with 1:58 in overtime. Caroline McGovern took a feed from Mikayla Van Aken and shot the ball by Neshaminy keeper Jill Mitchell, who had already recorded 12 saves.

Though disappointed over a 2-1 loss that places them in second place in the National Division, Mia and her teammates adopted a philosophical attitude. “With every game, somebody has to win and somebody has to lose. I was just really proud of how my teammates played and stepped up for that game. We honestly learn a lot more from our losses than our wins, so we are going to work on improving.”

Having reached the halfway point in the season, Neshaminy has already shown they have learned the important lessons necessary to battle for another league title.