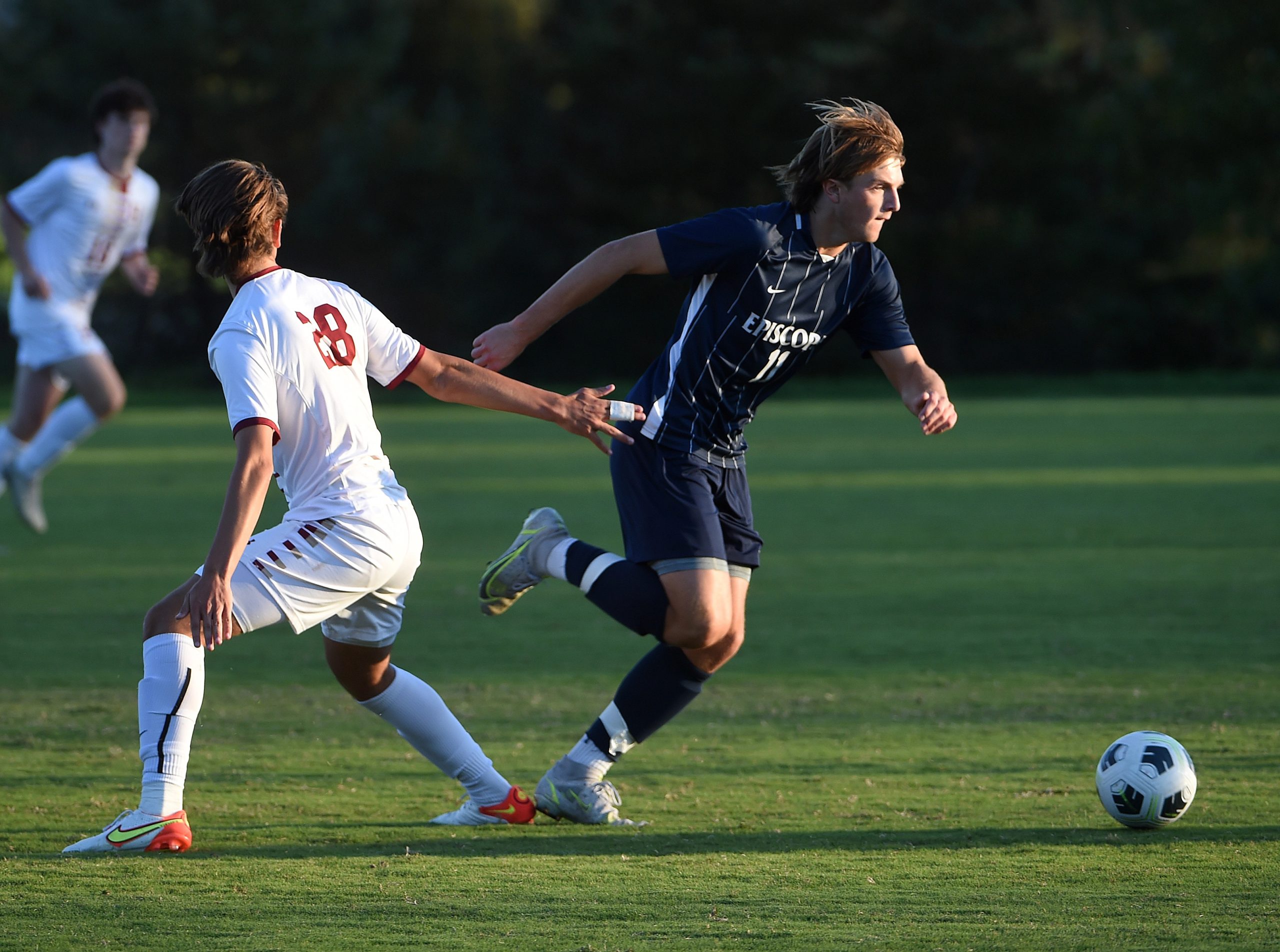 In addition to player of the year Sean Boyle of Haverford High, the All-Delco team includes:

Connor Cresswell, Haverford School: The Fords struggled to a four-win season in a deep and talented Inter-Ac, but Cresswell shined. The Fords lost nine games by one goal (and also had three one-goal wins). That put a lot of pressure on the goalkeeper behind a young squad, and Cresswell performed well in the spotlight. He averaged six saves per outing, showing his shot-stopping ability and his control of the penalty area. A product of the Philadelphia Union Academy, Cresswell is just a sophomore.

Sebastian Kaper-Barcelata, Radnor: The Raptors won 15 games and reached the District 1 Class 3A final on the strength of a balanced attack and stingy defense. Kaper-Barcelata mostly contributed on the later side, the hulking yet technical center back anchoring a defense that allowed just 16 goals in 21 games. The Raptors kept 10 clean sheets, including blanking the two teams directly behind them in the Super 7, Episcopal Academy and Haverford. Kaper-Barcelata also helped Radnor keep 0s through the first two games of the District 1 Class 3A tournament. With his aerial threat, Kaper-Barcelata contributed to the offense, with four goals and two assists. He was a second-team All-Central pick.

Tristan Whitaker, Episcopal Academy: The senior isn’t a full-time soccer player – he’s committed to play lacrosse at the University of Vermont as a high-scoring midfielder. But he played the part well this season at a position that takes more than just physical prowess. The All-Inter-Ac selection was EA’s team MVP on the season, marshalling the defense at center back and helping the Churchmen win 12 games. Whitaker also contributed a goal (in a draw with Westtown School) and two assists, melding his aerial threat on set pieces with technical skill on the ball and superb tactical vision.

Max Cardone, Delco Christian: The senior managed to contribute on both ends while playing as a wingback/outside back, earning Bicentennial League MVP and Class A All-State honors. Cardone supplied nine goals and eight assists for the Knights in a 12-win season. He shouldered a massive defensive responsibility for a team that allowed just five goals during the league season with him on the field. The Knights advanced to the District 1 Class A semifinals before falling to Faith Christian.

Sam Malloy, Episcopal Academy: The senior three-sport athlete, fittingly, filled whatever role the Churchmen needed. Malloy had three assists, two of them in sweeping the season series over archrival Haverford School. But Malloy did so much more. He could shuttle throughout the formation as needed, from central defense to forward. He was at home in the middle of the park, where he used his combativeness on the ball and his heady field vision to get EA out of trouble and spark attacks. Malloy, who was a first-team All-Inter-Ac selection, is also the starting point guard on EA’s basketball team and will pursue lacrosse in college.

Mason Baylis, Haverford: Boyle was the one most often finishing off goals for the Fords, but Baylis was just as prolific in creating those chances. The central midfielder was a deft provider on set pieces and from open play, tallying 16 assists and earning a place on the All-Central first team. He helped lead the Fords to 14 wins and a berth in the second round of the District 1 Class 4A playoffs. Baylis is an ideal pivot in the center of the pitch, able to use his size and savvy to defuse attacks and his vision on the ball to translate possession into attacking opportunities from his deep-lying midfield spot.

Connor Kraycik Penncrest: The senior midfielder/forward was one of the most dynamic attacking players in the Central League. He tied the boys program record with 22 goals, earning a spot on the All-Central first team. That came for a team that scored 38 goals this season. The Sept. 11 win over Avon Grove was typical of Kraycik’s influence: In a 4-1 win, he scored three times and assisted on the other goal. He tallied the overtime game-winners against Marple Newtown and Garnet Valley, both goals in a 2-1 triumph over Springfield and the only goal in a 2-1 overtime loss to Lower Moreland in the District 1 Class 3A playoffs.

Jack Bonner, Episcopal Academy: EA spread the scoring around this season, with no one scoring more than six goals. That owed not just to the tight nature of Inter-Ac soccer but the way in which EA’s team concept was more important than any individual. Bonner was one off the team lead with five goals, and he tied for a team-best three assists. The junior midfielder could generate chances from wide areas with his speed and technical trickery, or he could operate up top by himself or in the more crowded midfield spaces. He starred in a 2-1 win over Holy Ghost Prep, setting up Alex Barrist’s opener and drawing the PK that Mark Dzwonczyk scored for the winner. Bonner also scored in both wins against Haverford School. He was selected for the second team All-Inter-Ac.

Tim Comers, Garnet Valley: The junior forward helped carve out wins for the Jaguars in an unforgiving Central League. A second-team all-league pick, Comers scored nine goals to go with three assists. He had a hand in nearly half of the team’s 29 goals in a seven-win campaign.

Drew Warren, Radnor: The Raptors had a bevy of contributors on the way to the District 1 Class 3A final and third place in the Central League. But on the offensive end, Warren was unquestionably the principal protagonist. The first-team All-Central selection led Radnor with 11 goals and 11 assists, equally able to finish chances up top or use the space and his creativity to combine with teammates. Warren scored twice in a win at Subaru Park against Marple Newtown and supplied both goals in the 2-0 win over Episcopal Academy.

Ethan Birch, Strath Haven: Despite missing four games, Birch still made a massive impact for the Panthers, who qualified for the District 1 Class 4A playoffs and finished fourth in the Central League. The all-league pick scored 16 goals and added seven assists. Despite the time on the sidelines, Birch still had a hand in more than half of Strath Haven’s 42 goals. He scored hat tricks against Ridley and Interboro, and he tallied twice in a win over Penncrest and a draw with Kennett.