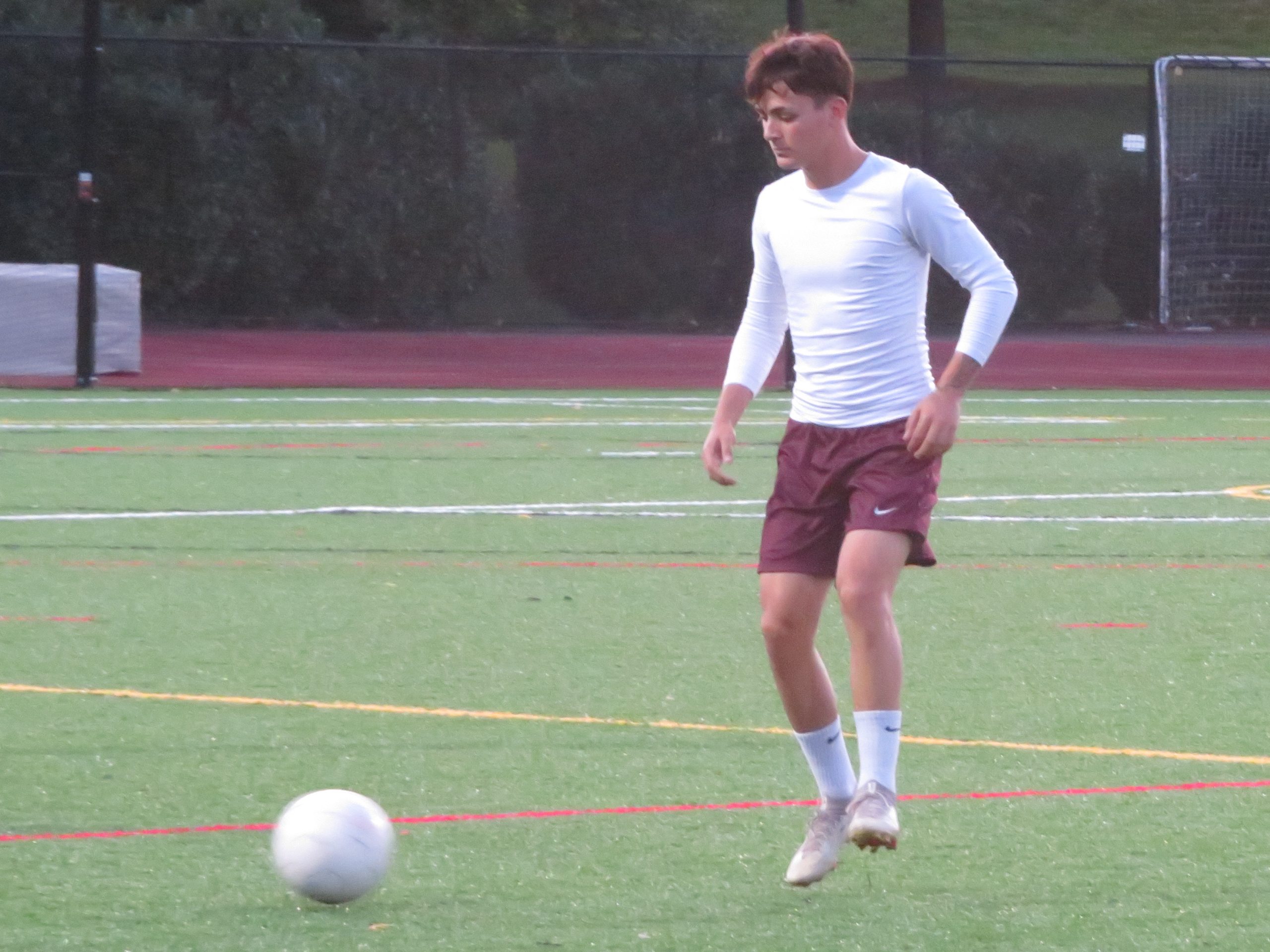 The Ghosts (12-1-1, 10-1-1 SOL Liberty) defense was tested early and often. The back line of Drew Paxson, Jimmy Marino, Michael Lyou and Jose Rosario Martinez communicated well and sent most balls in the box out of harm’s way.

“That comes from our coach,” Paxson said. “Since we start preseason he coaches us very well. He organizes us and then everyone communicates in the back four. After so many games we just figured stuff out and now we’re playing really organized every single game.”

“Drew is the foundation of the defense as far as being the central player,” Abington coach Randy Garber said. “Tonight they played well. They managed this field – it’s a tough field to manage it’s a big field. They did a nice job.”

When the ball did get past the back line, Abington keeper Kevin Krechman was there to make the stop. He caught a few crosses and made five saves in the win.

“Upper Dublin put a lot of pressure on our backs and they served some good balls behind our defense and Kevin took care of it,” Garber said. “We were fortunate not to be scored on, but defensively we’re doing a good job right now.”

Abington took a 1-0 lead in the middle of the first half. In the 21st minute, Thiago Danielle put a shot on goal that Upper Dublin keeper Gabe Loza stopped. The ball deflected in front of the goal and Luke O’Donnell put it away for the game’s first score.

The 1-0 lead stood for the rest of the first half, but quickly doubled in the second. In the 45th minute, Steven Fajardo had a beautiful one-touch pass to send Liam Hartman one-on-one with the keeper. Hartman lofted the ball into the back of the net for a 2-0 Ghosts lead.

The advantage grew to 3-0 in the 59th minute. Danielle, who was pressuring the Cardinals defense all night, sprinted down the middle of the field with the ball, splitting defenders. When he got to the top of the box and the keeper came out to meet him, he beat him to the left and turned towards the stands to celebrate.

“One of our gifts is that we have kids that can score goals,” Garber said. “Thiago, Liam Hartman, Pat (Capone) and Luke they’re capable of scoring goals. The only difference in the game – they possessed the ball quite a bit. We ended up putting three goals in. They had a lot of opportunities and the opportunities they had were good ones. It’s just they didn’t hit the back of the net.”

The Cardinals have four games remaining to try to climb from No. 32 in District 1-4A to the top 24 to qualify for playoffs.

“The goal is to come out strong and keep swinging,” Upper Dublin coach Noah Johnson, who was happy with how his team played Monday, said. “Plan on hopefully winning out the last four games and hoping some things happen our way in the process. Maybe some teams lose, maybe some other people just sag off and drop in points. Definitely a positive attitude from here on out. Whatever happens – it doesn’t matter. We’re just happy for all the things we’ve been through this season that we’re even still here playing.”