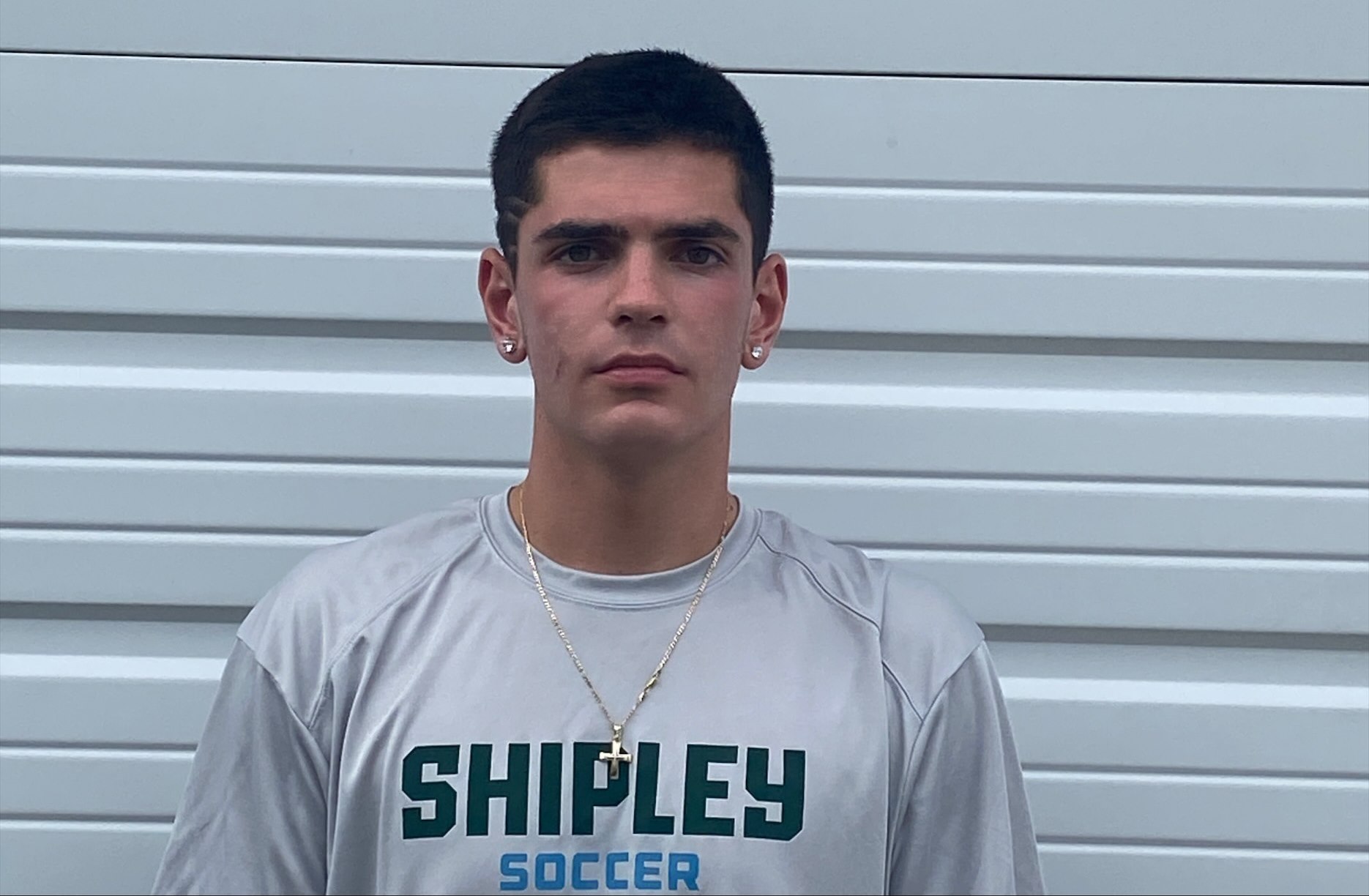 A junior goalie for the Shipley boys’ soccer team, Alexi Amanatidis has recorded six shutouts for the Gators (7-1 as of October 4). Shipley boys’ soccer head coach Thom Schauerman said, “While our back line is playing well, Alexi is a calming force who manages the game very well and is great at communicating with his teammates, is aggressive off of his line and is a great leader in the back.” Off the pitch, Amanatidis participates in the Athletics Committee at Shipley.

A: I believe on-field communication as a goalie is just as pivotal in a keeper’s technical skill set as shot stopping, clean hands, reflexes, etc. Communication coming from the goalie gives a defender a perspective on each play, since a goalie is able to see all of the field. A goalie communicating with his defenders and helping them break down plays before they are implemented is beneficial to any team and will help a goalie keep the upper hand.

Q: How do you see your leadership role as a goalie?

A: As a goalie, I see my leadership role touching every position on the field. In games, I try putting the back line in a position to be successful, whether that is letting them know what is going on behind them while defending, or assisting them on what is open on a counter attack. As for the front line, I communicate with them on when to press and if an opponent is tight on them. Ultimately, being the last man to defend an opponent’s attack makes goalkeeping a very difficult role, so having the characteristics of a leader is necessary for success.

A: Over the summer, I tried to focus more on the physical aspects of goalkeeping rather than the technical aspects so I found myself in the weight room more than the field. However, looking at my strongest aspects as a goalkeeper, I find myself to be strong in 1v1’s, ball handing, and outside the box crosses. This fall, I am hoping for Shipley to win a Friends’ Schools League championship. Personally, I hope to make the All-Friends’ Schools League team.

Q: Is there one save that you made this season that stands out in your memory? Can you describe how the play unfolded, and your role in it?

A: So far this season, a save that stands out to me the most is my free kick save from Super Saturday against Cardinal O’Hara. Early in the game, we gave up a free kick up around the 18 yard box, and we were leading by only one goal. I set up for a shot on frame and as he placed the ball in the upper right corner I stretched to make the save. Luckily, I came down with the ball and got us a shift in momentum. We went on to win the game and got a shutout.

Q: Have you always played goalie? What sparked your original interest in the goalie position? Who have been your biggest mentors as a goalie, and what was the most important thing you learned from each one?

A: Dating back to my earliest memories, I always remember being a keeper. I believe my original interest was sparked from my dad, who was once a keeper when he was young as well. Nowadays, after training with numerous different goalkeeper coaches, I am thankful for all that they have taught me and I am extremely grateful for them shaping me into the goalkeeper I am today. If I had to sum up a lesson each trainer has taught me, it would have to be that as a keeper, you must perform under more pressure than any other player on the field since you are a lone position. That being said, it is important to keep a clear mind and positive mindset when facing any challenge in net.

A: My preparation for game day starts the night before with plenty of sleep. The next day, I try to stay hydrated as well as eat healthy throughout the day. Leading up to the game, I listen to music and try to clear my mind of anything else besides soccer. While doing this I stretch and try to envision myself playing well so that it translates onto the field when it’s time to play. The most important part of my pre game preparation is praying to God before stepping out onto the field and thanking him for the opportunity to play.

Q: You wear uniform jersey No. 00 for Shipley. Why did you pick this number?

A: I picked this number because during my freshman year season at my previous high school (Lower Moreland) I wore No. 0. When I transferred to Shipley my sophomore year, I wanted a new start and thought a new number would be the best way to show those new beginnings.

A: My most memorable club soccer experiences have to be the time spent with teammates on FC Delco. Specifically, the time spent together on trips to different showcases all around the country is something I will always cherish. As for on the field, I would say having the opportunity to play different MLS academies every week with FC Delco’s academy team was a great experience as well.

Q: What is your favorite academic subject at Shipley? What do you think you might want to major in at college? Is there a career field that particularly interests you at the present time?

A: My favorite academic subject at Shipley is Biology. I believe I want to major in Finance in college, but that could change as I finish out my high school academic career.

Person I most admire, and why: “My best friend Tommy Prez because he keeps me humbled and motivates me to ball out anytime possible.”