Diego Guzman scores in OT to give Norristown win over Reading 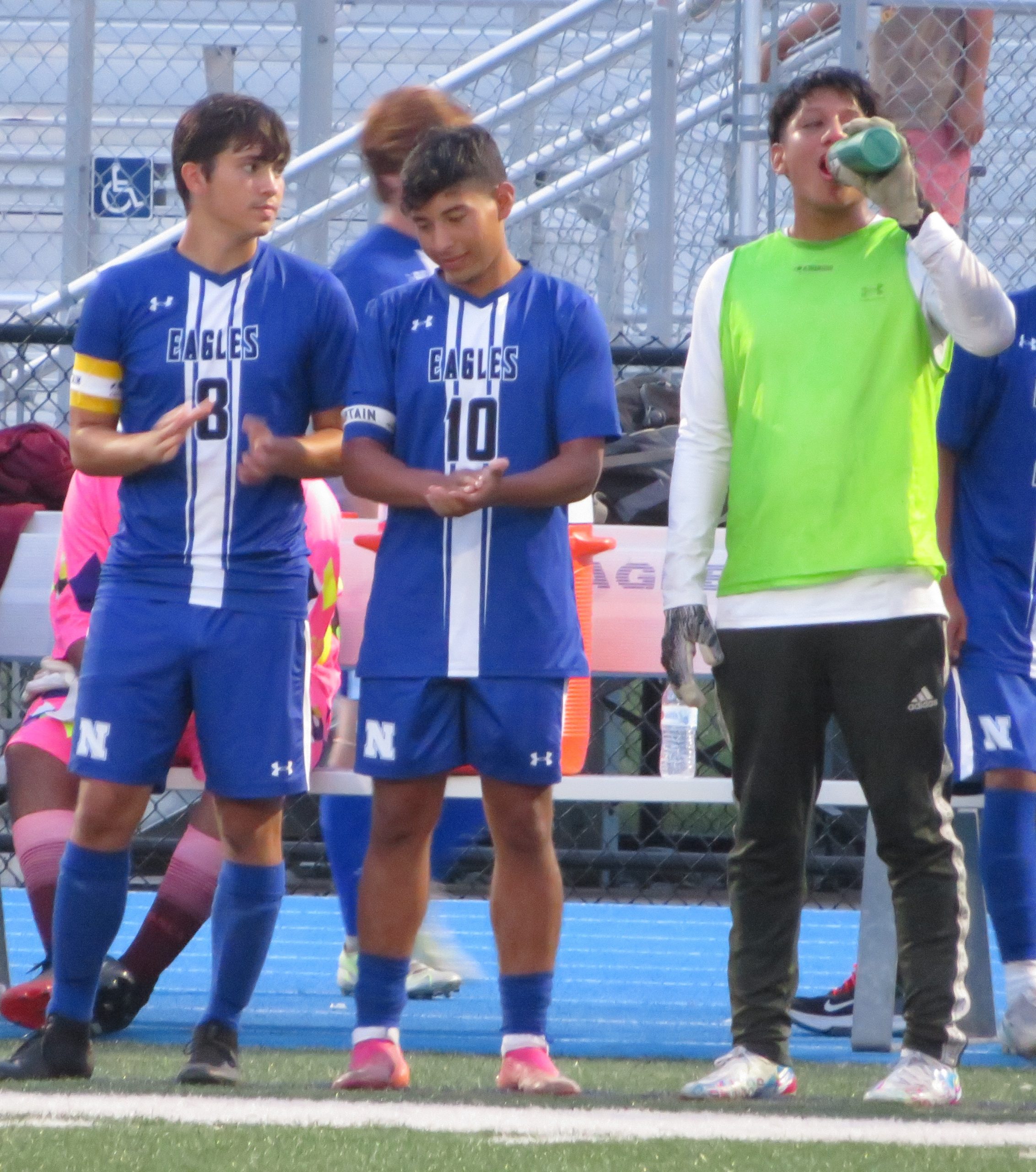 WEST NORRITON >> Norristown’s Diego Guzman generated scoring opportunities throughout the game Wednesday night against Reading. Whether it was taking shots himself or sending through-balls to teammates, the senior gave the Eagles plenty of chances to score.

While his team scored two goals through 80 minutes, Guzman was held scoreless. That changed early in overtime, when Jonathan Hernandez’ cross got past Reading’s keeper and Guzman was there to tap it in for a 3-2 win at Norristown Area High School.

“I just know it was in front of me and I tapped it in,” Guzman said. “I had an off-night. I could’ve scored more, but we won at the end of the day so it doesn’t really matter.”

“It was coming to him all night,” Norristown head coach Jason Pinnock said. “He’s learning to be patient and let the game come to him. He did that and it was a well-deserved goal.”

The game got off to a slow start for both sides. The first real scoring opportunity came in the 24th minute when Guzman split defenders and fired a shot on goal, but Reading keeper Jesus Morales turned it away. Hernandez took a similar shot in the 25th minute, but was denied by Morales.

Reading’s Jose Serrano had the Red Knights best scoring chance in the first half, but Norristown keeper Jimmy Moreno made the stop in the 27th minute.

After a scoreless first half, Norristown came out with energy in the second. Gabriel Barroso got the Eagles on the board 45 seconds after intermission and Alex Rosas converted a penalty kick less than two minutes later to put the Eagles ahead, 2-0.

“I told them to get one within the first five and they got two,” Pinnock said. “They did exactly what they needed to.”

The advantage didn’t last long. Reading had a pair of near-misses to the side of the net and over the crossbar before Kevin Guzman scored 1:58 after Norristown’s second goal. Guzman scored again 10 minutes later to tie the game, 2-2.

“I can definitely say we got comfortable,” Pinnock said. “We lost track of our gameplan. They got their two goals – they were well-deserved two goals. We made a couple mistakes again but we’re going to fix them.”

“We knew we were doing well,” Norristown’s Diego Guzman said. “They’re a good team. We just needed to lock up in the back. Unfortunately we made two mistakes that costed us two goals, but at the end of the day we came back and did what we needed to do.”

Both teams had chances over the final seven minutes of regulation, but neither found the back of the net and the game went to overtime.

Wednesday’s game served as a rematch of the United X championship game from last spring. Norristown and Reading both moved soccer from the fall to the spring last year due to the COVID-19 pandemic and competed in the United X League. The Eagles won the title, 2-1.

“It felt like we had to win (Wednesday) since we beat them last year,” Guzman, who scored both goals in the championship game, said, “especially since we wore our championship shirts today.”

“Reading’s a great team,” Pinnock said. “They always have been. We played them in the spring – they were a great team then, they’re still a great team now. I know they lost a lot of seniors, but I told these boys they were not coming to play around. They showed that and they gave us a game. Utmost respect to them and I wish them the best of luck the rest of the season.”