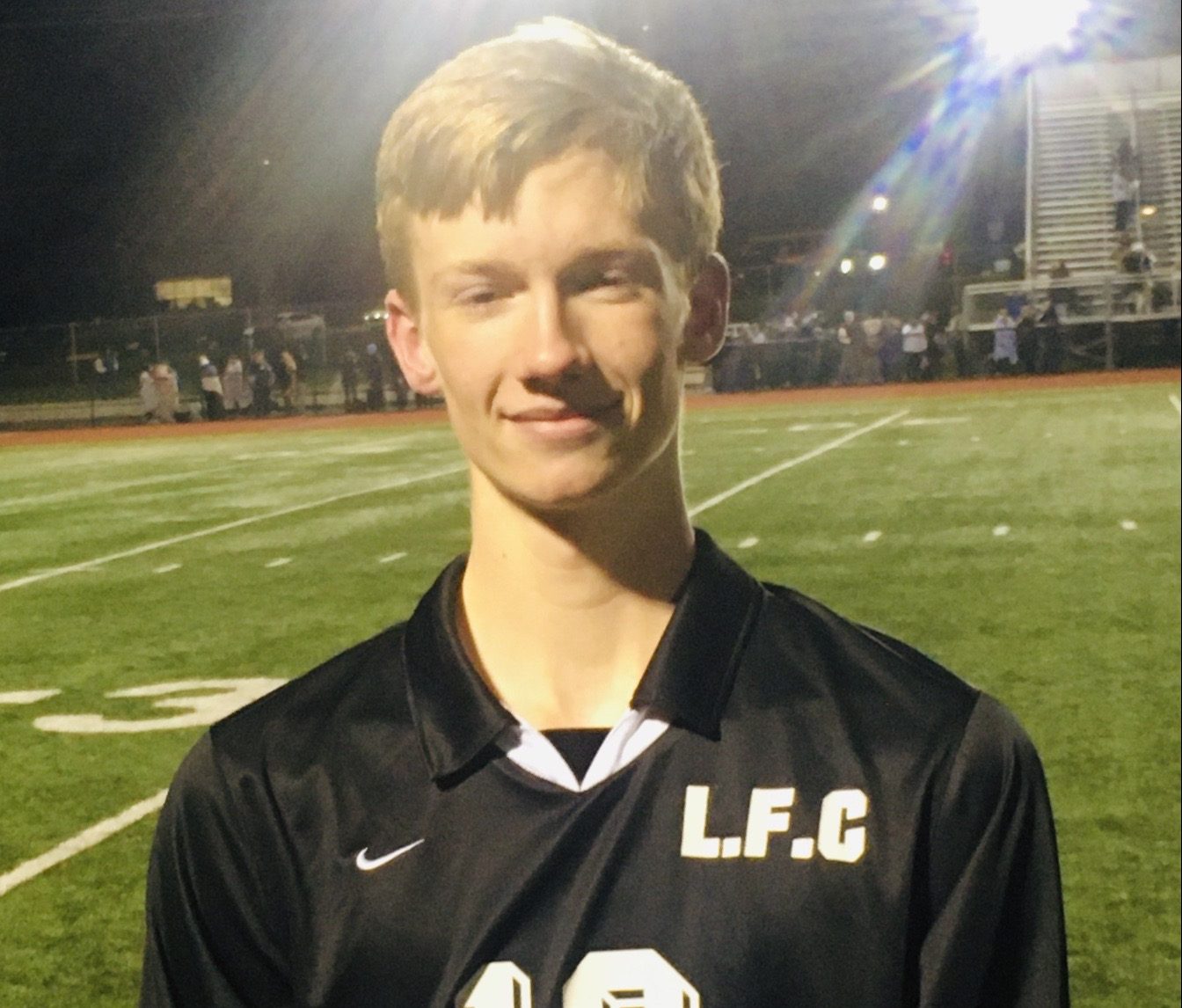 KINTNERSVILLE >> Faith Christian Academy battled a tough opponent in Tulpehocken and a freezing wind for over 91 minutes of soccer Tuesday night, and broke through to its first ever state final.

“This is a great group of guys to coach,” said Ryan Clymer, who has had the Lions pointed in the right direction for several seasons now. “No one gave us a chance from the get-go because we graduated so many guys. This group – most of the guys were either J.V. or came off the bench last year.

“They were put to the task and basically said if they get a chance to play this year, they’re gonna do everything they can. These guys were focused every match, every practice, every game. Everything they did, they did as a team and it was an awesome experience to coach these guys. They deserve this.”

Kieran Rea’s goal with 3 minutes and 56 seconds left in overtime gave Faith a 1-0 victory over the District Three Champion Trojans, advancing the Lions to the PIAA-1A State Final Friday (1:30 p.m.) against either Greensburg or Brockway.

“My player was right on me,” Rea said, standing near the 50-yard line at Palisades High shortly after the contest. “I had to juke him out a bit and go right next to the goalie (Brayden Evans), and then jump up and just tap it in.”

The Lions played balls to the outside and attacked the Trojans’ (15-4-1) back right side. It paid off.

“It was a great service by (Marcus) Pringle – he put it in there,” Clymer said. “Twelve minutes into overtime, it’s about who wants it more. And that’s what we talked about going into overtime.

“It was an ugly game. The wind didn’t help, the cold didn’t help, but it was just one of those things where it was who wants it more. We came out on top. That’s a great squad over there. They could have very easily come out on top too. I thought it was a very even match.”

Keeper J.R. Roberts made some outstanding saves, particularly one with about 10 minutes to go in regulation, to keep the game deadlocked.

“Last year, our chemistry wasn’t as good,” he said. “We bonded in the preseason and became really close. It became like a brotherhood actually. It just feels amazing.”

The temperature dropped and the wind picked up as the game wore on. Faith stayed the course.

“It was very distracting during the game. It’s like, you’re thinking am I gonna die of coldness?” kidded Rea. “But as long as we remained focused on the game, we could come out with the win.”