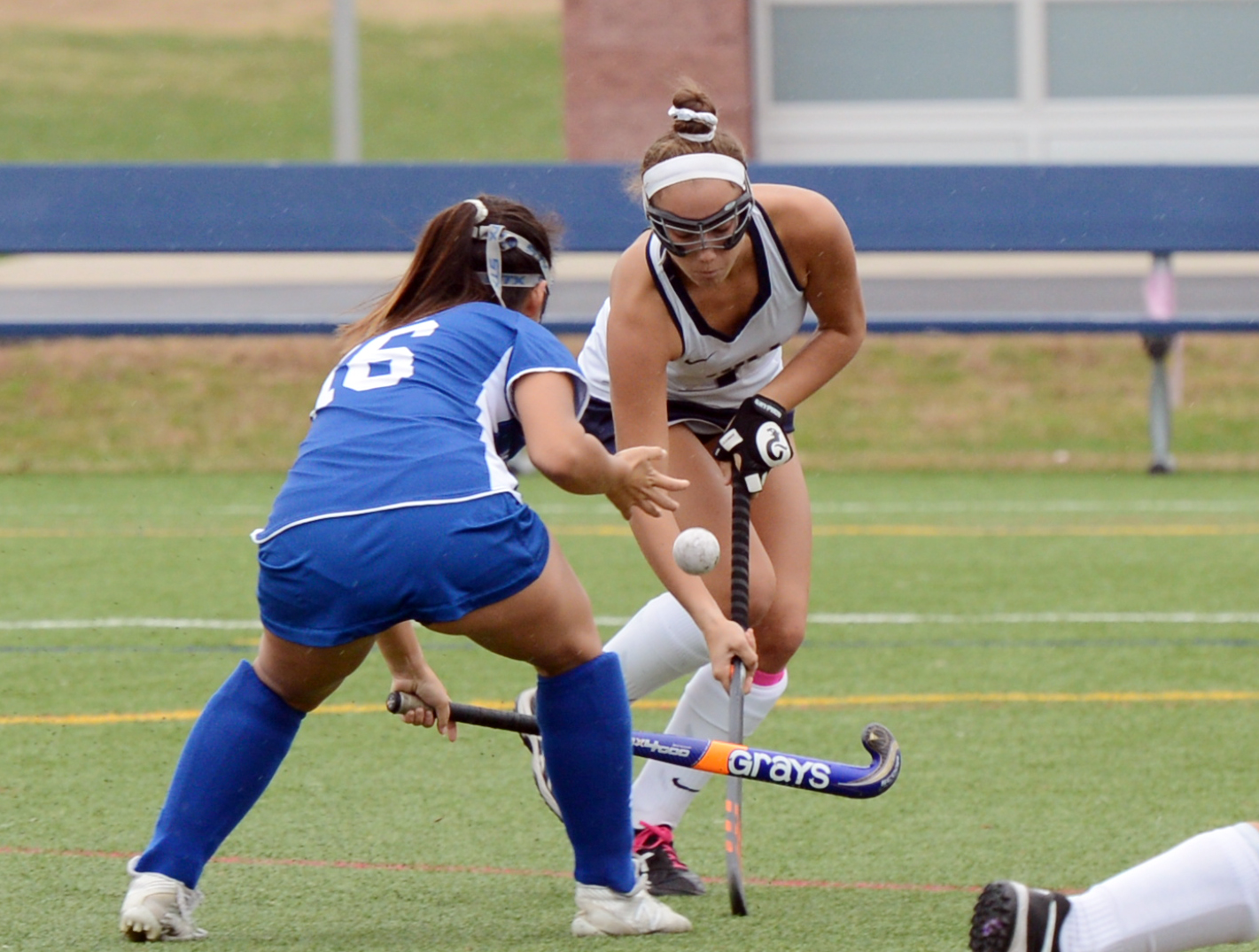 Two local prep schools are joining many of the other local high school athletics programs in beginning fall competition.

The Hill School will play its first competitions of the fall when their boys’ golf and girls tennis teams face Perkiomen School at Hill on Thursday and follow with a cross country meet on Monday.

After originally cancelling interscholastic competition for the fall due to health and safety concerns caused by COVID-19, Hill recently cleared its cross country, golf and tennis teams for meets and matches.

The Blues’ field hockey and girls and boys soccer teams began intra-squad scrimmaging this week with the possibility to begin games as early as next week. The Blues’ football and water polo teams won’t participate in competition until exploring opportunities in the spring.

“We’ll do anything we can to build up toward playing if it’s safe and healthy to do so,” Hill Athletic Director Seth Eilberg said. “So far our kids have really enjoyed being able to scrimmage and doing that intra-squad scrimmaging is competitive, fun and beneficial to them. They’ve worked really hard. I’m really, really proud of our student-athletes and coaches for sticking with it.

“Doing eight weeks of training without full scrimmaging and without an opponent is challenging and our kids and coaches have risen to that challenge admirably.”

Perkiomen School, which also previously cancelled interscholastic competitions amid coronavirus concerns in August, made a decision to pursue outside competition during the first week of October.

The Panthers baseball and girls volleyball teams have already played games, while the matchups with Hill will provide the first opportunity for inter-scholastic competition for the golf, tennis and cross country teams. The Panthers’ girls and boys soccer and eight-man football teams will not play contests against other schools.

“I’ve tried to get in touch with other schools and nothing has materialized, so with Hill opening up the other day, that was great because it gives us the opportunity to do girls tennis, cross country and golf,” Perkiomen School Athletic Director Ken Baker said.

“Both schools are in similar but not the same kind of protocols for our students, so it makes it a little easier to feel comfortable,” he added.

Hill had previously held out hope that its fall sports teams could compete in some type of alternative season in the spring. With the prospect of playing fall sports in the spring dwindling, the rate of positive tests in the Pottstown area remaining relatively low and confidence with its own health and safety protocols, Hill decided to pursue outside competition for its sports this fall.

Outside the matchups with Perk, the Hill golf team has meets scheduled next week with Malvern Prep and Pope John Paul II, but potential fall schedules for its other sports are still coming into place.

Eilberg said while things such as weather, available light and finding appropriate competition might hinder the ability to play games in the coming weeks, Hill’s fall sports teams can possibly compete until the week before Thanksgiving as students go on recess Nov. 24.

“It’s a little premature when we’ll be exactly ready to play (soccer and field hockey),” Eilberg said. “But we also need to identify schools when you’re talking about doing moderate to high risk sports interscholastically, we need confidence that the protocols of our opponent are similar enough to how we’ve been operating to give us confidence that is something safe to do.”

Baker said Perkiomen’s fall season will run through Oct. 30. Teams began an “in-house athletic program” — which included practices, scrimmages and even some virtual competitions against other schools —  in August when the Penn-Jersey Athletic Association cancelled sports until Jan. 1, 2021.

Though the volleyball and baseball teams have played / have scheduled games against schools like Quakertown, the Academy of the New Church and Bethlehem Catholic, he’s not sure the other sports will have an opportunity for any competitions other than the matchups with Hill.

“If that’s all we get with them, at least we will kind of finish our season with some competition, which is great,” Baker said. “That’s been a bit of a god send.”