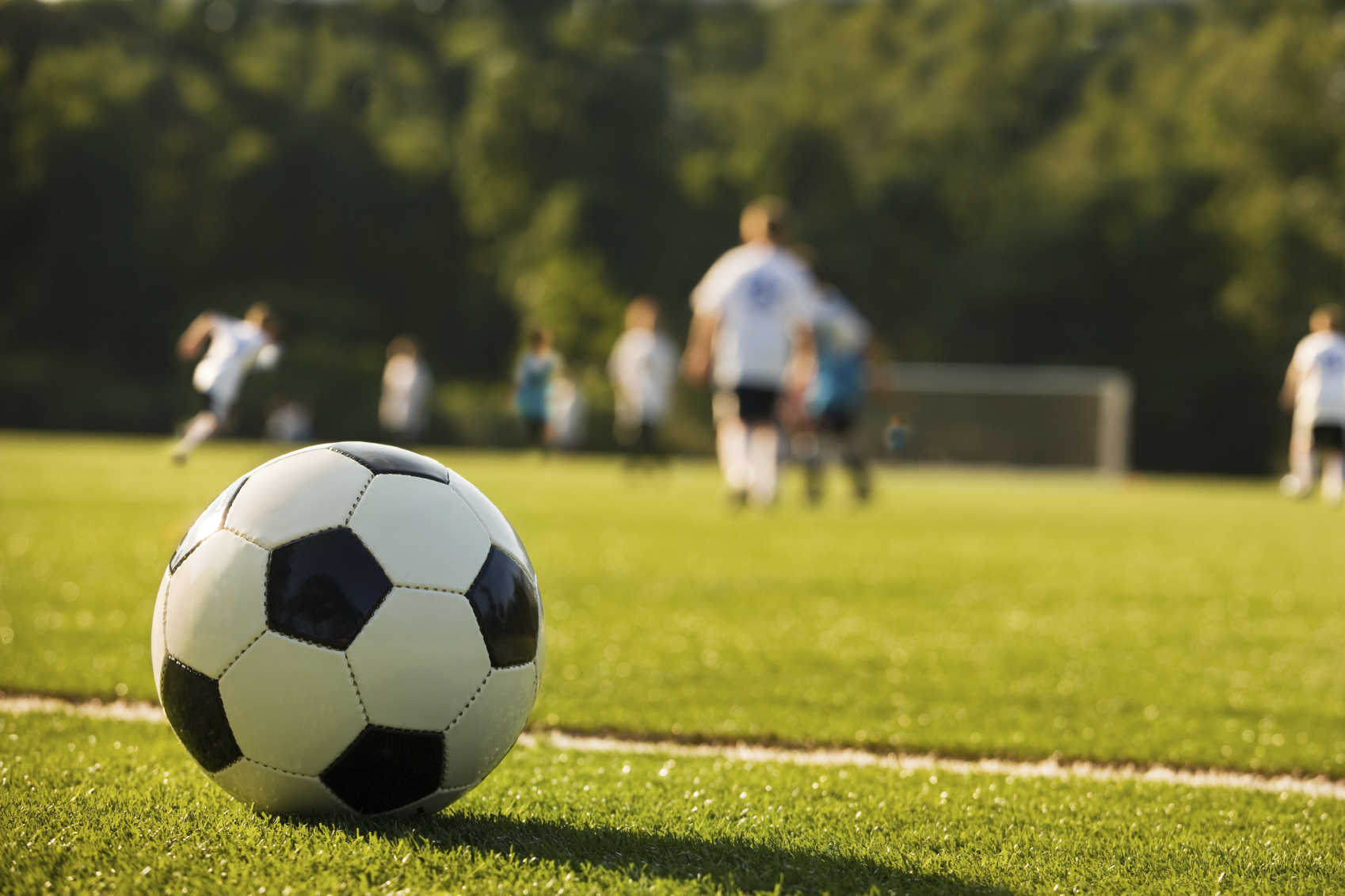 Just as some clarity began to form on the status of high school sports in Pennsylvania and the Mercury area this fall, another wrench was thrown into the attempt to return safely to scholastic extracurricular activities amid coronavirus concerns.

While the Pioneer Athletic Conference and multiple area schools made decisions regarding their prospective seasons, Governor Tom Wolf’s recommendation Thursday to play no sports through Jan. 1 — which came as a surprise to many, including the PIAA — cast doubts about any plans in place.

Those Mercury-area players, coaches and administrators in favor of playing sports this fall are doing their best to prepare for a future that remains unclear and uncertain.

“It’s definitely tough because it’s something that we don’t have any control over what’s going to happen, which is a weird experience,” Spring-Ford senior boys soccer player Matt Dunne said. “The PAC thing we kind of knew it was coming and the Governor thing I think came out of nowhere. To have the PIAA ‘blindsided’, it’s just kind of confusing how they didn’t have the dialogue between each other, especially since they’re supposed to be working with each other the whole time.”

As permitted by the PIAA and state guidelines, area high school teams have been participating in voluntary workouts since as early as the beginning of July under safety protocols put together by their school districts without knowing whether they would have a season or not.

Some measures include athletes wearing masks when not on the field of play, using their own ball during activities and keeping their distance from each other on and off the athletic surfaces when possible.

“They’ve been going very smoothly,” Pottsgrove senior field hockey player Riley Simon said of voluntary workouts. “All athletes are respecting and following the safety guidelines. I think that’s definitely a step in the right direction that we’re proving that we can have sports if we do it in a safe way, if we do it in the correct way.” Pottsgrove’s Riley Simon (24) is hoping to suit up for the Falcons for the first time since her girls basketball season ended in February. (Austin Hertzog – MediaNews Group)

The first major decision on the status of fall competition came July 29, when the PIAA released its ‘Return to Competition’ guidelines, announcing its plans to move forward with the fall season and putting decisions on when to start the season in the hands of individual schools, leagues and/or conferences.

In response to Wolf’s statement, the PIAA approved a two-week delay on Friday to the start date for practices and contests (originally intended to begin with heat acclimatization Aug. 10) in order to ‘continue to seek a dialog with the administration, the legislature and all athletic stakeholders to obtain clarification on the possibility of safely conducting athletic activities in conjunction with the start of the school year.’

“We were given a directive by the administration and we followed that directive,” Spring-Ford football coach Chad Brubaker said. “We were wearing masks, we were distancing, we were spraying down things and abiding by all the protocols that not only were local from Spring-Ford but also from the state level. We were abiding by all those things and really did not have any issues.

“From that standpoint, it’s a struggle for our kids who did the right thing, and our coaches who are working without a salary, working without any promise of a salary, things like that. Governor Wolf’s matter of fact statement (Thursday), which was not even the question he was asked, kind of felt like the rug was pulled out from under us and that’s kind of how our kids and most of our staff feels.”

After the league’s principals met Wednesday, the Pioneer Athletic Conference announced Thursday it was pushing back the start of its fall season to Sept. 7 for practices and Sept. 25 for games, giving schools more time to make decisions on the status of their fall seasons.

Other school districts like Methacton, which released a statement that it would administratively ‘not support a decision to postpone school and youth athletics until January 2021,’ have plans in place to play sports this fall. Some like Pottsgrove are still waiting to back a definitive decision as they continue to get guidance from the PIAA and the state.

“Secondly I would say working with the ADs in our league has been fantastic. We’ve got a tight-knit group of people. We work together and we thrive in saying we turn over every stone and we do our due diligence. We’re constantly learning and adapting to see if we can make it work for our students with focusing on health and safety for them.”

States around the country have made varying decisions on whether to return to scholastic competition or not.

Some have decided to push back fall sports to the winter like the Virginia High School League, which announced July 27 that it postponed all sports until at least Dec. 14 with the intention of playing modified seasons later in the academic year. For example, football season would start in March. The Delaware Interscholastic Athletic Association announced Thursday it’s plans to postpone sports until late December, with the fall season being played in mid-February 2021.

Other states have taken a similar approach to the PAC and PIAA in delaying some or all their fall seasons to start dates in late August or September. The New Jersey State Interscholastic Athletic Association’s ‘Return to Play’ plan involves a Sept. 28 start date for fall competition and a shortened and localized, postseason.

In its press release Friday, the PIAA said it ‘believes that STRICT ADHERENCE by schools and teams to their school-adopted plans and the Governor’s School Sports Guidance should provide a reasonably safe environment for student athletes to participate in interscholastic athletics as currently scheduled.’

“We feel safety is paramount, so I respect how difficult a decision this is for everyone involved, but we certainly feel for our student-athletes and their parents, especially the seniors,” Methacton Athletic Director Paul Spiewak said. “We have a plan that was approved that we are prepared to implement if our conference and the PIAA and the Governor’s office give us the go ahead. As of today, we have a plan to participate under the guidelines that were approved by our school board. We all believe as a conference that we have to prioritize safety for our student-athletes, coaches and game personnel in everything that we do.”

“The patience of our coaches and students throughout this process has been amazing,” he added.

Though there is an understanding that the safety of student-athletes is at the center of the decision making process, waiting for an official decision to be made has been frustrating for athletes.

The PIAA Board of Directors will meet again on Aug. 21. PAC President and Pottsgrove High School Principal Bill Ziegler said Thursday the league principals will also reconvene within the next two weeks, meaning area athletes will still have to continue to wait for a definitive decision on fall sports.

“I think there’s just a general disappointment with, not anyone specifically because I think it’s such a tough spot,” Dunne said, “but the fact that it seems it’s meeting after meeting and the results of each meeting are another meeting and nothing’s really changing virus-wise. I’m just kind of hoping to get to a point where we have an understanding of what’s going to happen and maybe adapting a plan like they have in Virginia.”

“Yeah it’s hard because all of us together just want a yes or a no answer,” PJP junior football player MJ Petro said. “But I for one, same with everybody on my team, just want a yes answer because I want the oncoming seniors to feel what the seniors felt last year.”

Finding a way for the senior athletes to conclude their careers in some way, shape or form, unlike the 2020 spring athletes who were unable to compete, seems to be right behind safety in terms of utmost importance to all parties involved.

Brubaker, who was part of a Pennsylvania High School Football Coaches Association subcommittee that gave recommendations to the PIAA, is determined to make that happen for his players.

“At the end of the day, we’re going to continue to advocate for some type of season for our seniors,” Brubaker said. “Whether that in two weeks the PIAA comes out and says we’re going to move forward and force Governor Wolf’s decision making or go to the spring and have a two-month season.

“We’re going to continue to advocate for our players because they deserve it. People wait 16, 17, 18 years to get a senior year, which is supposed to be really special. You can have a certain opinion about the level of this pandemic, but ultimately we owe that to our kids somehow, some way to have some type of season.”

Simon, a three-sport athlete who hasn’t played an official game since the Pottsgrove girls basketball team was knocked out of the district playoffs in February hopes that she’s able to start her senior season sooner rather than later.

“You have these athletes have that play all year round and if you take it away from them until Jan. 1 that’s basically an entire year without sports,” Simon said. “Mentally, emotionally, physically and socially for all of us, that’s just not going to be good.”