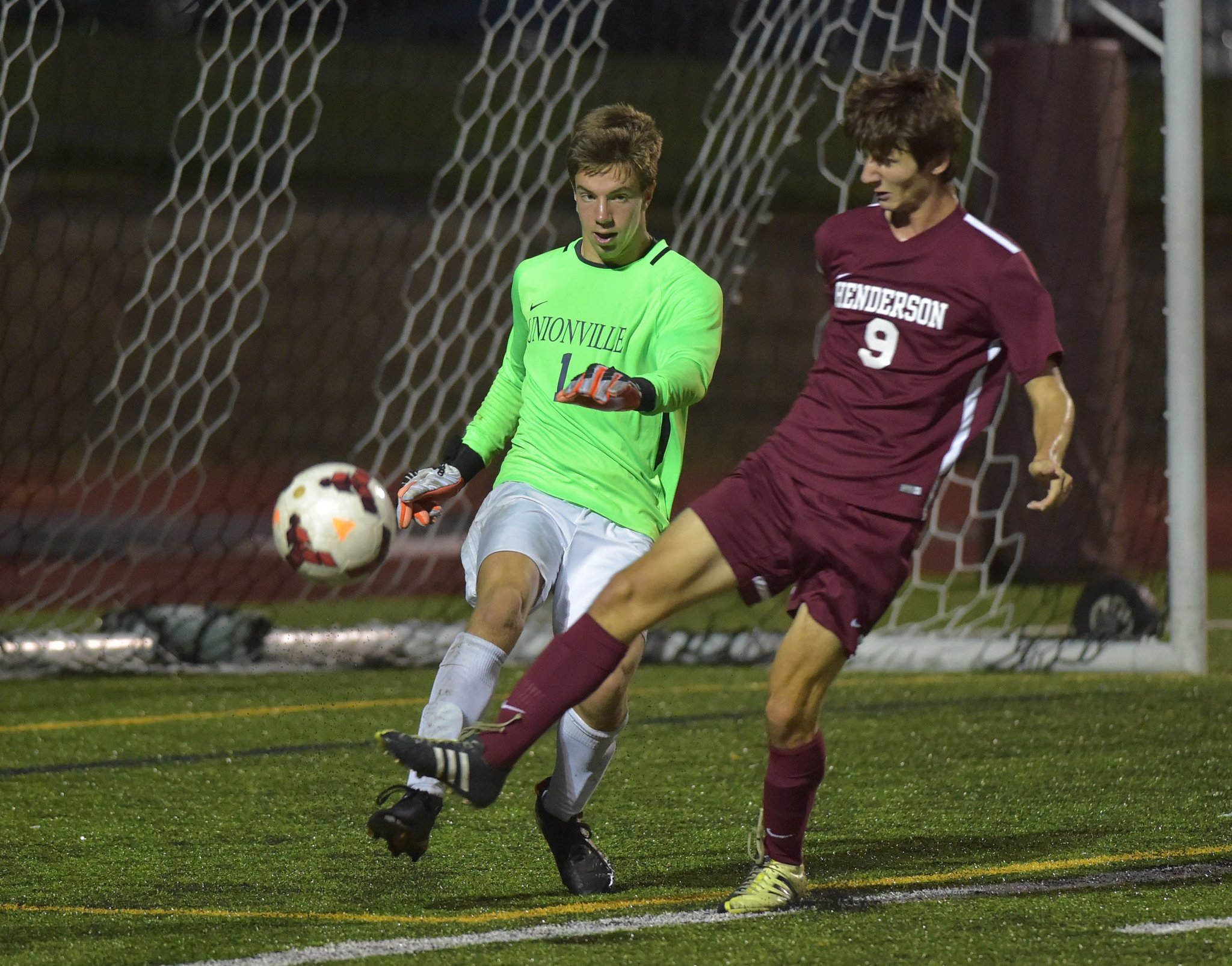 The junior striker led ’Stoga in scoring with 14 goals, and chipped in five assists. Named to the All-Central League team, Brown finished fourth in scoring in the league. “Eli is a crafty striker with quick feet, great touch and blinding speed,” said Pioneers’ coach Dave Zimmerman.

The MVP of a Pioneers squad that advanced to the state quarterfinals, Xu finished with six goals and five assists. And the senior midfielder had three goals and two assists during ’Stoga’s playoff run. Xu is a two-time first team All-Central League honoree. “Nate was the team’s most well-rounded skillful player,” said his coach Dave Zimmerman.

A center midfielder, Kelly did the heavy lifting for the Pioneers, who lost in overtime to the eventual state champions in the PIAA Playoffs. The senior scored three goals and added three assists and was voted All-Central League. “He was our best ball-winner both on the ground and in the air,” said his coach Dave Zimmerman. “In terms of personality, he was the heart and soul of the team.”

One of the area’s top all-around attacking midfielders, Domsohn amassed 15 goals and 13 assists for the Eagles. A three-year starter, he battled constant double teams and still scored and assisted nearly half of Shanahan’s total goals. A senior co-captain, Dohmson helped propel the Eagles to the top-seed in the 3A district playoffs. “He was one of the most challenging players for opposing defenses to handle in the area,” said his coach Jim Kalavik.

An effective two-way performer in the midfield, Jarran is a first team all-league selection and a multi-year team captain. He was the Whippets’ leading scorer the last two seasons, and scored nine goals and dished out nine assists during his senior season. Jarran is a member of the Penn Fusion 02 ECNL club team and is pursuing a career in college soccer.

A first-team all-league performer, Scoffone poured in 18 goals and had four assists this fall. An attacking center midfielder, this senior generated much of the Knights’ scoring chances. “At any time, Matty was one of the top players, if not the best, player on the field,” said his coach Ryan Castle.

A rock-solid center midfielder, Floyd was named a first-team All-Ches-Mont performer. He finished with five goals and eight assists. “Alex was usually the best player on the field,” said his coach Tom Creighton. “He has a great first touch, he uses his body exceptionally well, is strong in the air and a sure tackler.”

A four-year backline standout, Pinkston orchestrated a defense that surrendered just 10 goals all season. A three-time, first-team all-league selection, Pinkston’s leadership and ability to organize are big reasons the Indians were a defensive powerhouse. “(Pinkston) was the anchor of the backline of a very strong defense,” said Great Valley coach Dave Moffett. “He plays with an intense passion.”

The defensive-minded Warriors captured the Ches-Mont National crown for the seventh straight year, and Reid was the anchor of the defense. The senior was named the division’s MVP in 2019, as Henderson surrendered just one goal against C-M National foes. His accolades include All-League, All-Region and first-team All-State honors.

The Vikings’ lockdown defender also led his team in scoring with eight goals and nine assists. Albergo is a first-team All-Ches-Mont pick as both a junior and senior. “Luke is a player that led by example – when he spoke the players listened to him because he always made every player around him better,” said East head coach Charlie Dodds.

Cougars’ coach Tom Creighton believes that that Comber was “the best center back in the area.” A first-team all-league defender, he was also a threat in the attacking zone, scoring seven times and assisting on six others. Comber was also singled out for his efforts by the Southeastern Pennsylvania Soccer Coaches Association. “He is strong in the air, is a sure tackler and can distribute,” Creighton said.

There were several outstanding keepers in the area, but Dolce gets the nod purely on merit: he allowed just 11 goals in 22 matches this fall, and two came on penalty kicks. The lanky senior finished with 13 shutouts, including 10 of 12 against league opponents. His goals-against-average was by far an area-best 0.50. A two-year starter, Dolce is a two-time All-Ches-Mont pick.

EAST MARLBOROUGH >> The grind of just getting into a position to contend for the Ches-Mont boys’ soccer title is one thing. To actually win the crown takes is all to an entirely different level.

That’s what Unionville was able to accomplish this fall, and head coach Rich Garber was orchestrating it all every step of the way. The 2019 Daily Local News Coach of the Year guided the Indians to a second league title in a row, but the program’s first outright championship in five years.

The campaign started with Unionville blanking seven of its first eight opponents. In all, the Indians shutout 14 foes, and ended the regular season with a 15-2-1 record.

Garber has been a fixture on the Unionville sidelines for more than three decades, including 13 as an Indians’ assistant and the last 20 as the head coach. He is a longtime physical education teacher at Patton Middle School and has become adept at identifying young soccer talent and then developing that potential through coaching.

“I remember coach Garber as my gym teacher in middle school,” he said. “I didn’t know much about the high school team, so it was nice getting to know him prior to getting into high school.

“I remember seeing him in the stands at a few of our club games, it was nice to see that he took interest in how his players were doing outside of the high school team.”

And even though Hewes developed into the program’s career scoring leader, Garber was always trying to find ways to make him even better.

“At one practice, he told me I could only use my right foot today,” Hewes recalled. “That really helped me improve a weak foot and be able to go both ways.”

TCA tops Devon Prep on soccer field, but victory is for both teams

Suburban One League returns for first day of fall sports

DLN ALL-AREA: Dynamic Hewes does it all for Unionville, despite constant pressure from opponents
The decade that was: The All-Delco database in the 2010s