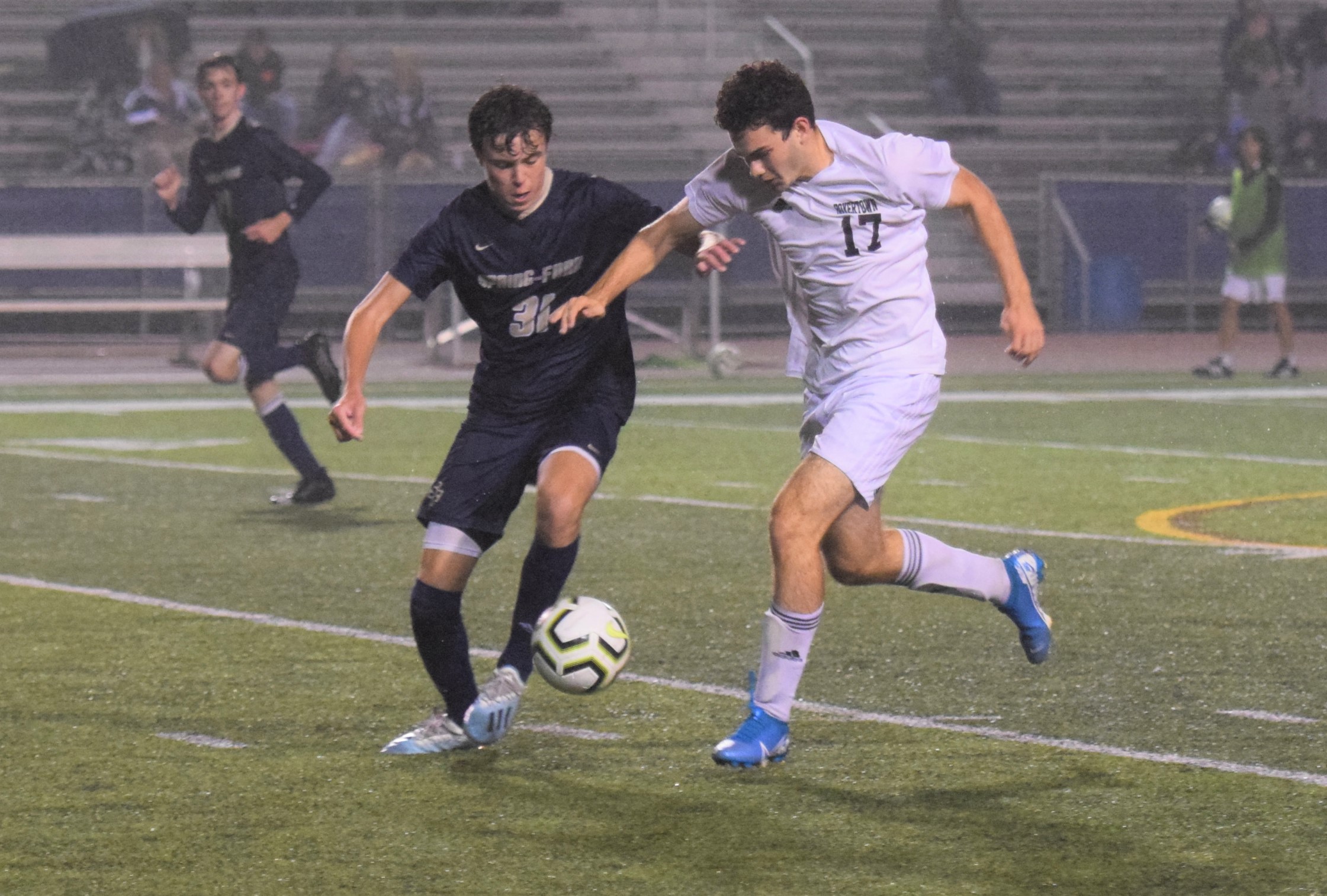 Road to the final >> Boyertown prevailed in a tight battle with Owen J. Roberts, Landon Wenger scoring an overtime goal off a corner kick to win 1-0 in Tuesday’s semifinal … Spring-Ford made the most of a Brett Gulati penalty kick early in the second half to edge Frontier champion Pottsgrove, 1-0, in the semifinals.

Head-to-head >> Boyertown beat Spring-Ford in both regular-season meetings: On Sept. 12, goalie Mason Kurtz had eight saves and the Bears benefitted from a 79th minute own goal for a 1-0 win; on Oct. 3, the Bears scored two early goals off corner kicks, capitalized on a defensive miscue early in the second half and held off Spring-Ford’s rally attempt, 3-2. Spring-Ford’s Brett Gulati, left, celebrates with Colin Trainor after Gulati scored a penalty kick in the second half during the PAC semifinals against Pottsgrove. (Austin Hertzog – Media News Group) Matchup >> The matchup favors Spring-Ford in the run of play with its attacking personnel holding the edge, though that isn’t to take away from the Bears’ creative players. Similarly, the midfields and defensive units aren’t separated by much. Boyertown’s greatest edge is its set pieces. The Bears scored two goals off corner kicks in their most recent meeting with S-F, and advanced over Owen J. Roberts in the semifinal by the same design.

Prediction >> Spring-Ford must have learned from its defensive lapses on set pieces in preparation for Thursday’s final. They were the difference between the finalists’ most recent match. S-F’s attackers will be desperate to hit full speed on Wildcat Stadium after being shackled by the tighter field on Wildcat North in the semifinals. Boyertown has churned out results in all kinds of circumstances since the start of September, even amid an injury crisis that is finally giving way to the good. The Bears will want to keep that streak going. But another streak will determine the championship: Spring-Ford’s need to end its run of losing in the PAC title game … Spring-Ford 2, Boyertown 1.