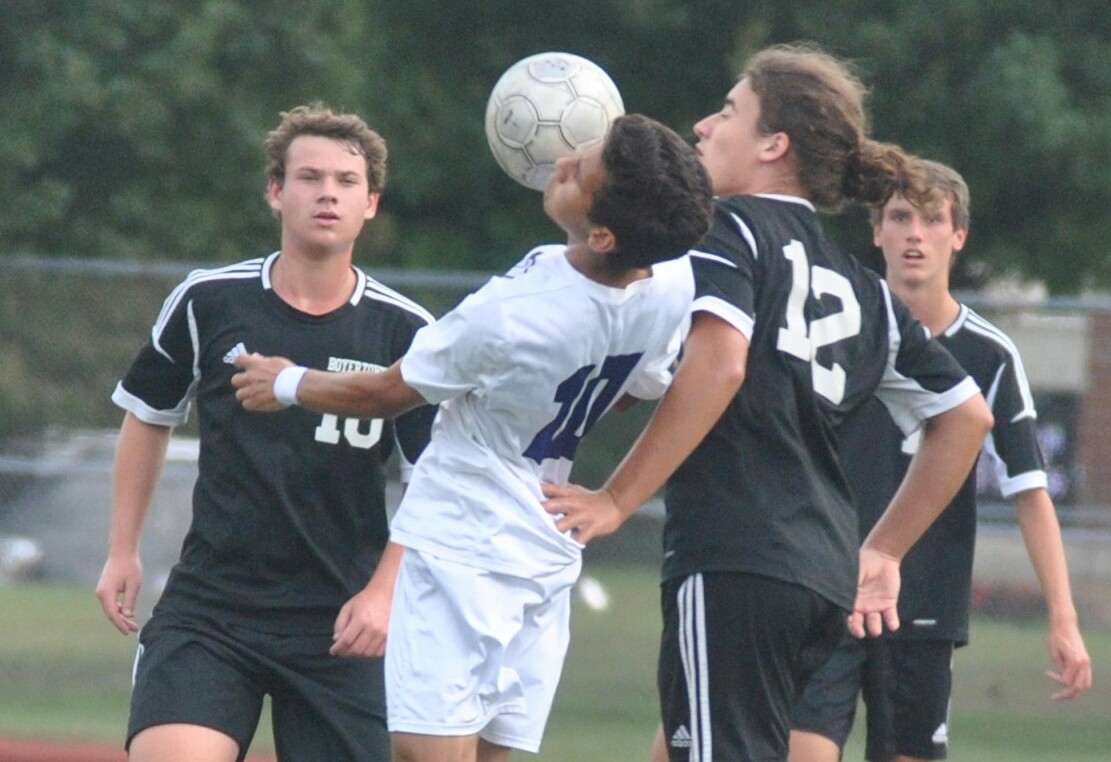 Silva scored the game’s lone goal in overtime, in the 87th minute, with an assist by senior Andre Souza as the Phantoms upset Boyertown, 1-0, in a Pioneer Athletic Conference crossover game at Washington Field Monday afternoon.

“I got fouled,” said Silva, a senior forward. “Andre took a free kick and we (played a 1-2 combination), and I put it in the back of the net.

“That was our best game of the season so far. We played great.”

The victory pushed the Phantoms over the .500 mark in the PAC-10 Frontier Division at 4-3 (5-5 overall) and halted a frustrating four-game losing streak.
Boyertown dropped to 5-2 in the circuit (7-3 overall).

Silva’s goal found the lower left corner of the net to finally decide the issue after the Phantoms and Bears played 80 minutes of scoreless regulation time.

It was the first leg of a three-game week for Phoenixville, which plays two more crossover games against Owen J. Roberts on Wednesday night and then Perkiomen Valley on Friday afternoon.

“Give credit to Boyertown,” said Coll, a junior keeper who finished with five saves on the day, including one gigantic stop with less than one minute remaining in regulation time. “They got some shots on net and I got some saves. It was a team win today. We didn’t make any mental errors. It is always good to get a win against the bigger schools. We play Owen J. on Wednesday night, and they are a top 10 team in the district. This is a confidence-builder. This proves we can hang with the big schools. We’re here to play.”

The Phantoms have displayed major improvement for the past two years under head coach Mike Cesarski, who previously coached most of these players when they were a formidable contingent at the middle school level. Because they played under him before, Phoenixville realizes what Cesarski expects and how he wants them to perform on the field.

The Phantoms ended the afternoon with a 6-5 edge in shots. Coll recorded the shutout with some major help from the defense and midfielders.

Boyertown, led by senior midfielders Levi Roberts and Danny Yudt, had some solid shots and chances to score, but they were thwarted by Coll and the Phoenixville defenders.

Scott Didyoung, the 24-year veteran Boyertown head coach, was succinct in his remarks.

“We just weren’t at our best today,” said Didyoung. “That’s all I can say about today’s game.”

“Boyertown’s a great team,” said Cesarski. “That was a very difficult game. We had our share of chances. We didn’t finish the way we should, but Tony scored the overtime goal. That is a big win for us to boost our confidence.”

Cesarski’s major goal all along has been to elevate Phoenixville’s boys soccer program in the PAC-10 as well as in District 1 circles. And in less than two years, he has already taken major strides to accomplish that feat.

“This is a big game for our confidence,” said Stokes. “We have two more games against big schools this week, and we hope to get at least one more win in those two games. On my throw-ins, we just need to get a head on it to put the ball in the net.”