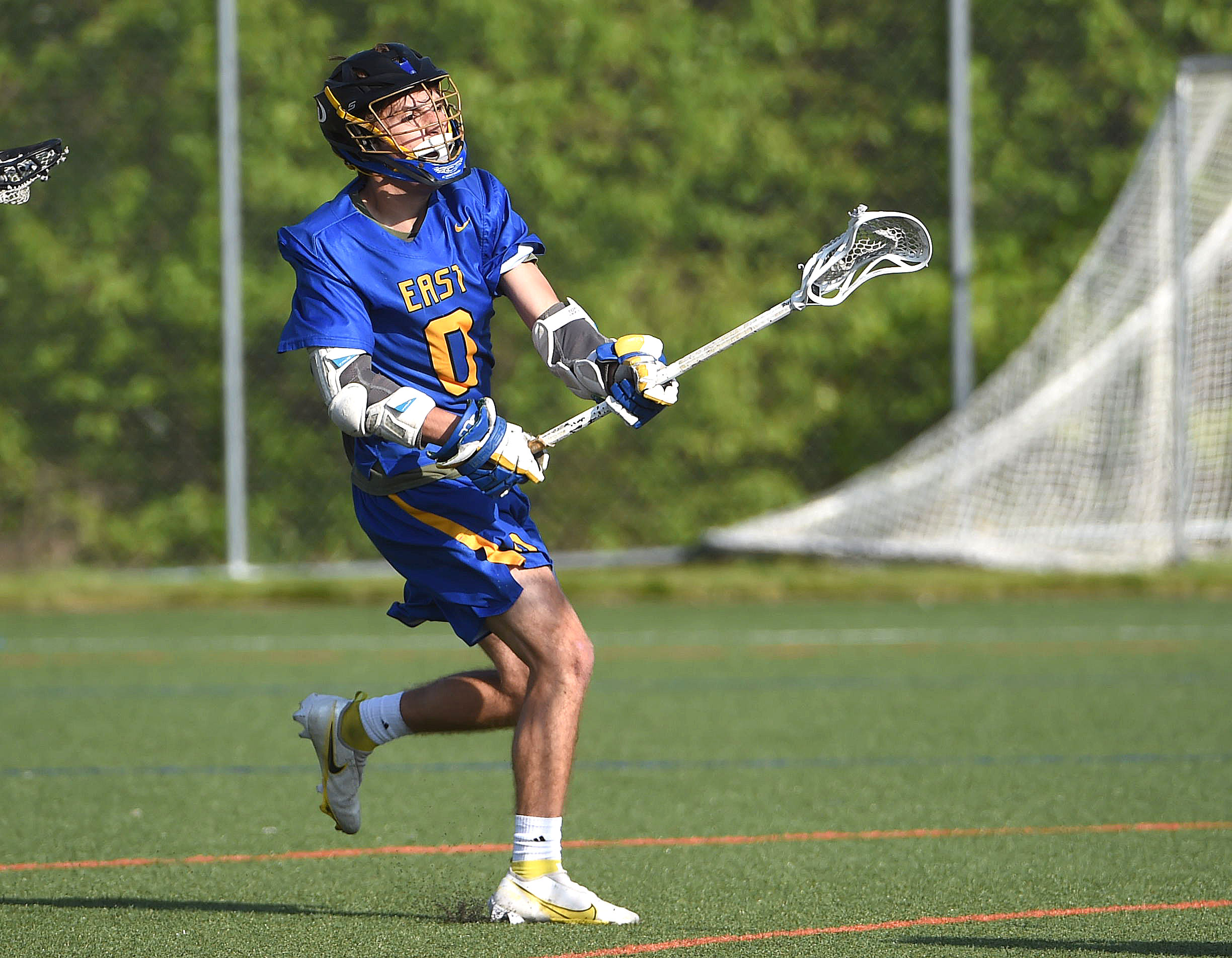 EAST MARLBOROUGH >> The Downingtown East boys’ lacrosse squad wrapped up an unblemished league record for 2022 at Unionville. But it certainly wasn’t easy.

Having already clinched the Ches-Mont championship, the Cougars had to lean on a stout defense to outlast the host Longhorns 6-3 Thursday in the regular season finale. Now 12-0 (16-2 overall), East heads into the 24-team District 1 3A Playoffs as the number two seed.

“It was a lot of pressure and a lot of hard work,” said East head coach Joe Horvath. “It is a total grind, so I give our guys all kinds of credit for pushing through and doing this.”

For Unionville, it was another close setback, and the team’s fourth straight. But at 7-5 (10-8 overall), the Longhorns had already secured a spot in the postseason, and have stayed with some of the district’s top teams.

“That’s what we are capable of doing on defense,” said Unionville head coach Steve Holmes. “Obviously we’re a little disappointed we didn’t come out on top. But we wanted to show some of our best brand of lacrosse leading into the playoffs.”

The Cougars wound up outscoring their league opponents by a combined 125-35 this season, but Thursday was a knock-down, drag-out defensive struggle. East’s goaltending duo of Evan Milon (sophomore) and Brady Quinn (freshman) faced 16 total shots on goal, and turned away 13. And led by imposing senior defender Liam Quinn, the Cougars only surrendered one goal in the second half.

“I am proud of our defense. We hung in there,” Quinn said.

“We try not to underestimate anyone, but Unionville did a great job.”

The Cougars also overcame a few self-inflicted miscues, including a bizarre mid-third quarter sequence when senior attacker Dylan McMahon was ejected from the game for walking toward the crowd and engaging in a verbal battle.

“When you have discipline issues like that on the field, it’s hard to gather,” Horvath said. “But our guys gathered after that because three minutes is significant. We just had to survive.”

The Cougars killed off the rest of the penalty, and then took a 5-3 lead when senior Alystair Hemburger found sophomore Jake McMahon for a critical goal in the final 70 seconds of the third period.

“Everybody makes mistakes,” Liam Quinn said. “But I’m proud because in spite of being a man-down for a locked-in three minutes, we held it together. It was definitely a point where it wasn’t looking as good as we’d hoped, but we banded together and finished.”

Sophomore attacker Luke Fiorillo then closed it out with another insurance goal with 2:17 on the clock for East. The closest Unionville came to a late goal was when Kevin Nowoswiat’s shot clanged off the post in the final two minutes.

“Brady (Quinn) and Evan (Milon) came up with some saves,” Liam Quinn pointed out. “We have two great goalies, and that’s nice to shake things up for (the opposing) offense.”

Similarly, the Longhorns’ defense clamped down well into the second period until the Cougars scored four times in less than eight minutes. It featured two goals each by Hemburger and junior Bryson Kolinsky.

But Unionville fought back. After Andrew Baratta put the ’Horns on the scoreboard, junior Kevin Carson weaved through several defenders and his unassisted goal late in the quarter to make it 4-2 at the intermission.

“I thought our guys played mostly fundamental defense, and we were a man-down plenty – too much,” Horvath said. “They stuck together.”

Hemburger and Dylan McMahon each had two assists for the Cougars. Longhorn’s goalie Nico Kotch turned aside 15 shots and kept Unionville in contention.

Downingtown East ended the regular season by winning 11 of its final 12 games. The only setback was an 11-7 decision to Radnor, the top-seed for the upcoming district tournament and the defending state champs.

“I’m very proud of all of my boys and my coaches,” Quinn said when asked about going 12-0 against the rest of the Ches-Mont. “It says a lot about the improvement of our team. We’ve had talent for four years, and we’ve finally gotten here.

“I couldn’t be happier.”