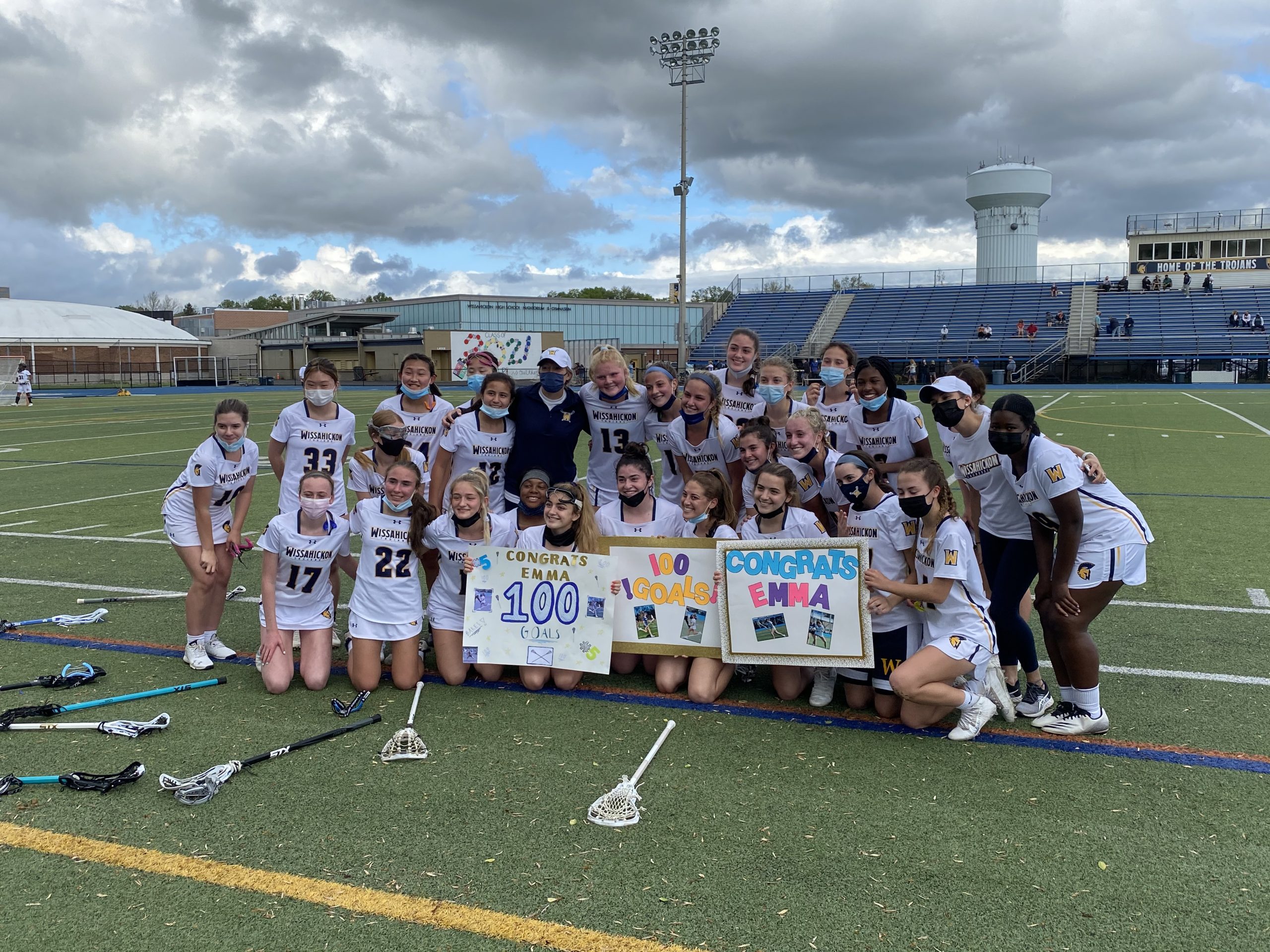 The Wissahickon girls lacrosse team takes a picture to celebrate Emma Baker's 100th career goal during the Trojans' win over Upper Dublin on Wednesday, May 5, 2021. Wissahickon clinched the outright SOL American Conference title with its win over Quakertown on Monday, May 10, 2021. (Mike Cabrey/MediaNews Group)

Tess Reardon had three goals and an assist, Aditi Foster finished with two goals and two assists while Kelly Senior had two goals and assist for the Cardinals (8-7, 7-2 division).

UD’s Allie Rock and Ella Lyon each had a goal and an assist while Maisie Hanson, Ellie Eby and Lauren Dartley all scored a goal.

Archbishop Carroll 12, Springfield-Delco 3 >> Emma Talego had three goals, an assists and three ground balls as Archbishop Carroll scored the last four goals of the first half for a 6-2 halftime lead then pulled away for the nonleague win.

Chris Fanelli had five goals for the Rams (8-8, 5-5 SOL National), who outscored the Galloping Ghosts 6-1 in the second quarter to hold a 9-4 lead at halftime.

Jake Stranix added a goal and an assist with Jack Lenox, Tyler Richardson and Nate McMahon all scoring a goal. Matt Fleisch, Ryan Carickhoff and Luke Lenox each had an assist. Pennridge goalie Sean Gereaghty made seven saves.