Last-minute heroics from McFalls, Womer give Boyertown 8-7 win over OJR 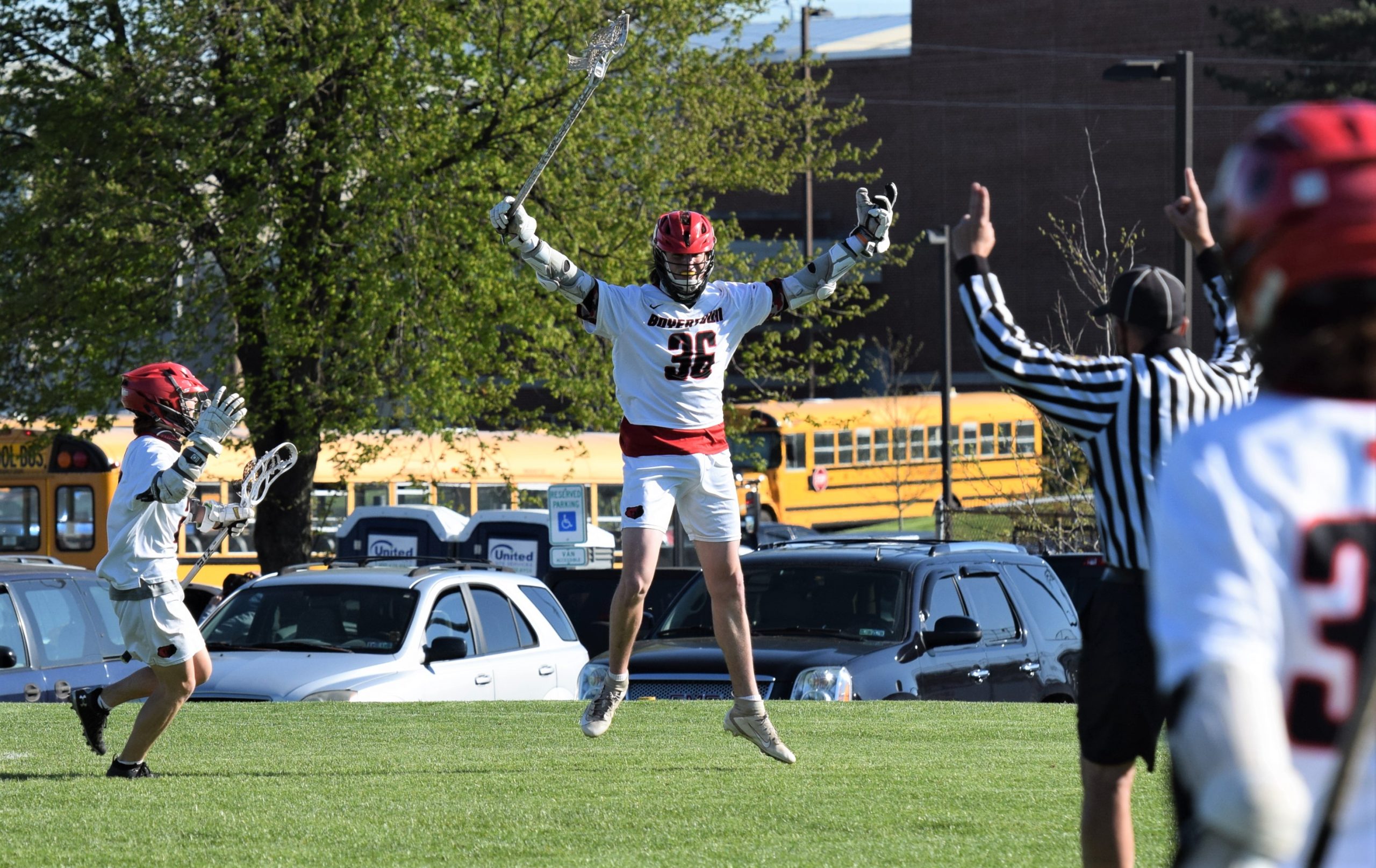 For the game’s final 19.7 seconds, the Bears would need a big save or two to make the lead hold up from a player who not so long ago would have never imagined being there.

A midfielder throughout his lacrosse career until this winter, junior converted goalie Zac Womer has filled a void for the Bears and filled the goal when it counted most Monday to preserve an 8-7 Pioneer Athletic Conference victory over the Wildcats.

Womer made a pair of saves in the final seconds as part of his 10-save day to improve Boyertown to 3-3. OJR fell to 2-4.

OJR staged a late rally from 7-5 down to tie it 7-7 following Seager’s two goals, the second unassisted with 3:11 to play.

McFalls’ third goal of the day came in the final minute on a failed clearance by the Wildcats, which resulted in a 3-on-1 break. The sophomore hit the net 1-on-1 against OJR goalie Jared Devine, who was outstanding in a 20-save performance.

“It was nerve-wracking because I didn’t see the ball, but then transition happened, we got the ball and then 3-on-1, pass-pass-score,” McFalls said. “Having no pressure (from a defender) was obviously the easiest (goal of my day), but nerve-wracking obviously.”

Womer felt counterpart Devine’s excellence made him step up his own game.

“It put a lot of pressure on me. We have some really good shooters and when he saved some of their really good shots I felt like I need to make those saves, too,” Womer said.

Womer expected to be in the midfield this season, until head coach Grady Wise expressed to his team the need for another goalie during a winter practice.

“We were at practice at 422 (Sportsplex) and coach said we need another goalie. I was thinking about it and making jokes. Then the next practice I said, ‘I’m going to try this,’” Womer said.

“I tried it, was given the gear, went through tryouts and our scrimmage and did pretty well. I kind of enjoy it. You’re like a field general out there, talking, being loud.”

“I’m really proud of him,” McFalls said of Womer. “It’s a big difference from playing middie to goalie. I think he’s handled it perfectly.”

While Monday was a high point, it’s hasn’t been entirely that way for the Bears, which have lost by double digits to first-place Perkiomen Valley (12-1 on April 15) and Spring-Ford (15-5 on April 22).

Womer and McFalls cited lower numbers and lack of focus, respectively, as contributors to the Bears being in the middle of the PAC.

Both hope a win like Monday’s can be a rallying point.

“It sucked that last year we didn’t have a season, and though it’s unfortunate it makes you realize when we’re out here we have to appreciate everything and give 100 percent, games, practice, anything we’re doing,” Womer said.

It’s a similar tune for OJR, which is in its first on-field season with coach Nick Mitchell, who was set to take over in 2020 before the season was cancelled by the COVID-19 pandemic.

Being a new coach is challenging in normal times, let alone in a time of restrictions and shortened offseasons.

“Beginning of this year we were able to get into some offseason work,” said Mitchell, who is a math teacher in the OJR district and formerly coached at Phoenixville. “It’s tough implementing everything new. We’re half in the old playbook, half in the new, which makes it tough on everybody. That adjustment is going to come over time over the new few years.”

Despite having only three seniors, OJR has gotten great leadership from Jared Devine, according to Mitchell.

“Jared has been an incredible leader throughout,” Mitchell said. “Whether he or the team is playing well or struggling, he’s always a great leader and rallies the guys and keeps them focused.”

Boyertown led 4-3 at halftime and had two-goal leads at 6-4 and 7-5 on an OJR turnover in its defensive zone being converted by Luke Heimbach with 4:55 to play.

While the Wildcats rallied to tie on Seager’s scoop-and-score in front of goal with 3:11 left, their clearance issues came to the forefront again on the deciding goal.

Womer wasn’t expecting this vantage point for the exciting moments of Boyertown’s season. But it was a great one to have Monday.

“That was exciting,” he said. “They had some really good shooters and a really good goalie on the other side so we just had to do our jobs. It got really close at the end. Definitely nervous.”

NOTES >> Also on the scoresheet for Boyertown was Zach Kuhar (goal) and Gage Parker (assist). For OJR, Chase Jorgenson added a goal and Pat Deanna had an assist. … Junior faceoff specialist Damian Swech has been coming up big for OJR, according to Mitchell: “(Swech) has been crushing it on faceoffs. He won every faceoff last game and won the clamp most times this game.” … Both sides are in action Tuesday with Boyertown hosting Interboro while OJR hosts Spring-Ford.