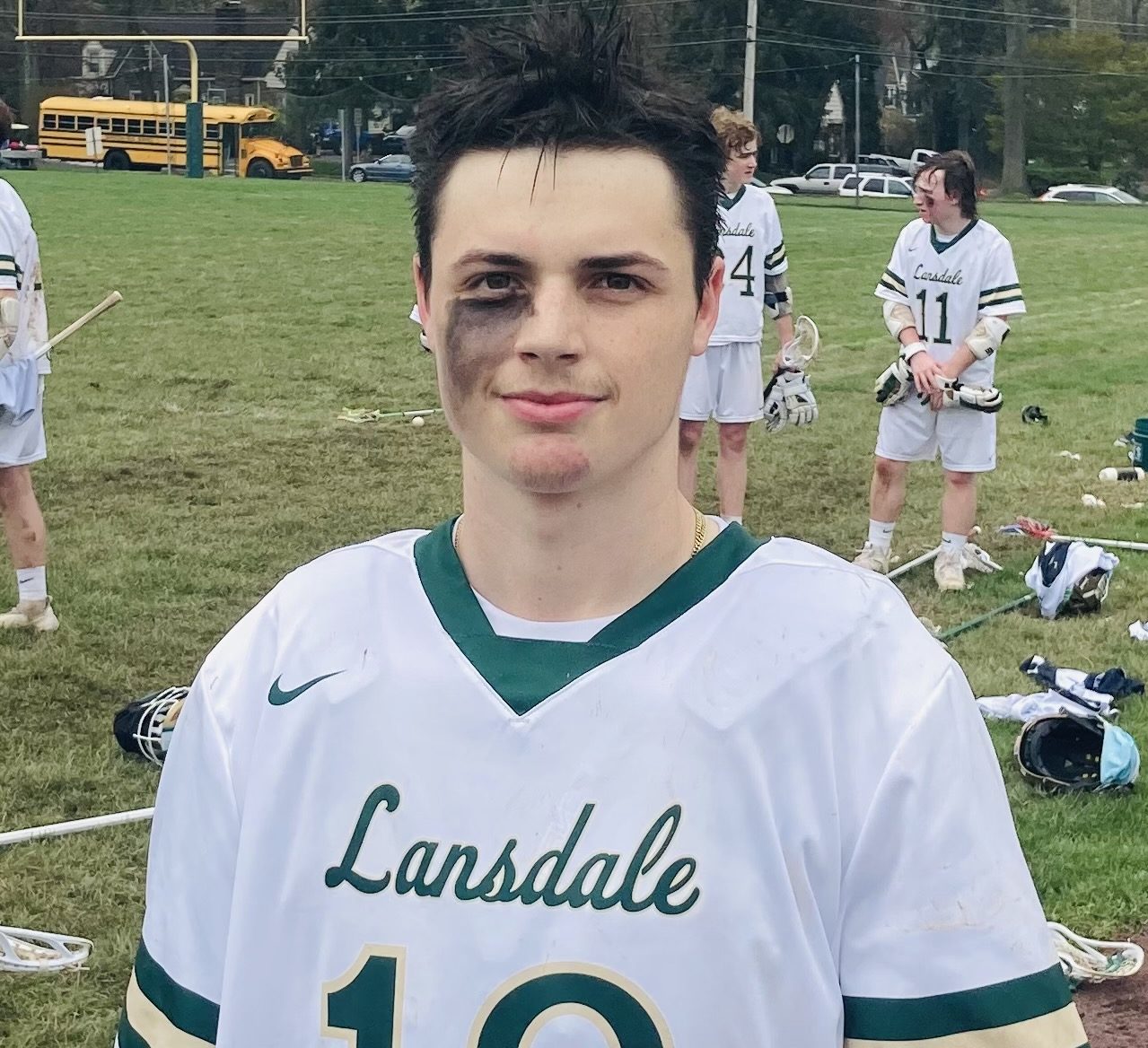 The Crusaders had things working in their Philadelphia Catholic League clash with Archbishop Wood, shooting their way to an impressive 18-5 victory that lifted LC’s unbeaten record to 6-0.

“It’s a great win for us,” said the Crusaders’ Connor Mann, who scored a game-high five goals on the LC grass. “We looked good, but that’s what you’ll come to expect out of us.”

The Crusaders were not only prolific but efficient, shooting with accuracy all afternoon.

“Our attack and our o-mids – they do a really good job,” said Princehorn, whose previous coaching stops including Souderton Area, which he directed to its first playoff victory. “They’ve been able to develop such a good chemistry while playing together for such a short amount of time.

“It’s been really fun to coach and really fun to watch. Each guy kind of brings a specific skill and talent that they’re really good at.” Born to Play >> Mann can’t remember not playing the sport of lacrosse.

“My parents and my family all grew up with it, so I’ve had a stick in my hand since I could walk,” he said. “(What I like best about it) is pretty much everything – the competitiveness, the ability to play the sport that I love.”

That passion seems to run deep with the team. And Princehorn has directed a swift turnaround.

“They’re so hungry to be good. They’re very tired of Lansdale Catholic lacrosse being associated with mediocrity. These kids hate that and they wanna break that mold,” Princehorn said.

“They’re so hungry to be good and be that team that needs to be respected. They definitely have a chip on their shoulder and they’re definitely a hungry group, and they bring it every day at practice. I’ve never coached a group of kids that wanna be good this bad.” Members of the Archbishop Wood boys lacrosse team look on during its game with Lansdale Catholic on Wednesday, April 14, 2021. (Kev Hunter/MediaNews Group)

Coming Together >> A young Wood squad continues to show improvement.

Dan Divita and Anthony Pileggi each scored twice for the Vikings and Roman Filippo added a tally.

“We’re still trying to figure it out but we’re building every day. Defensively, we have these flashes of brilliance, and then other times, they’re just throwing it right through us. And obviously, (LC) has some really good shooting so every time they’re taking shots, they’re hitting the goal.”