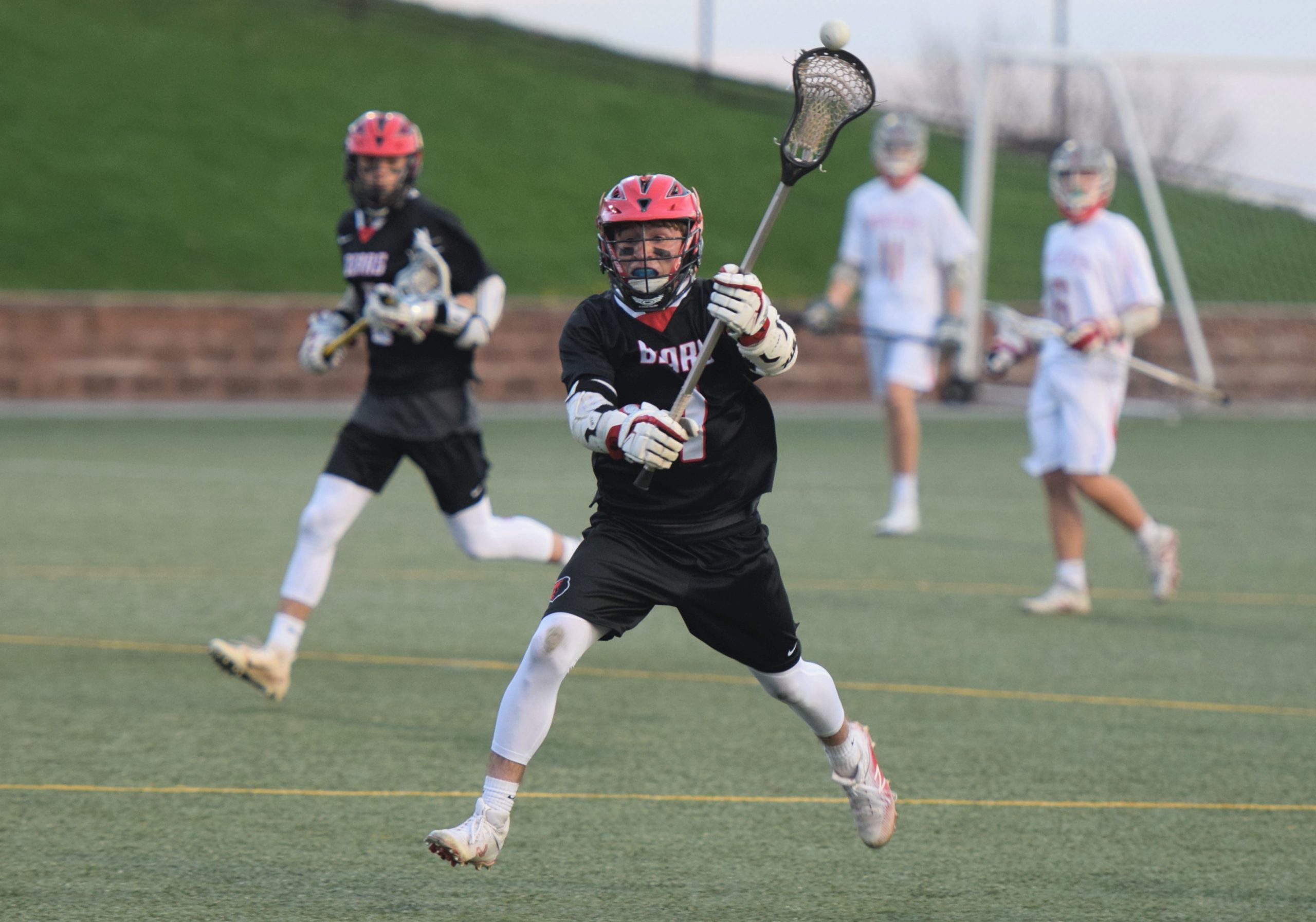 As typically one of the smaller players on the athletic fields, the 5-foot-4 Barnes has never taken those lessons lightly.

“I’m always having to work twice as hard as most guys,” Barnes said. “My dad always pushed me to get better and showed me how hard work and practice can help you compete with any sort of player. As long as I put in the work, I can do whatever I want.”

With the Bears, Barnes worked himself from a swing varsity player at the beginning of his sophomore season to the team’s top defensive midfielder as a junior in 2019.

After expanding his offensive game in the offseason, Barnes was anticipating a breakout season for the Bears in 2020 before heading off to King’s College to begin his college lacrosse career.

The COVID-19 pandemic ended Barnes’ high school career prematurely but his willingness to do the ‘dirty work’ for the team made sure his impact in two seasons with the varsity program was felt.

Barnes’ mother, Lauren, was a field hockey player and a swimmer growing up and his father, Randy, played baseball. Barnes played baseball until about sixth grade when his friend, Brewer Johnson, and older brother and former Boyertown standout, Brock Johnson, introduced him to lacrosse.

By eighth grade, Barnes had a net in his backyard to hone his skills on and put more work into his game. He began striving toward playing the sport in college by the time his sophomore season began.

Wise said Barnes was used often on the wing in face-offs as a sophomore in 2018, using his toughness to pick up balls in tight spaces. He became the team’s go-to defensive midfielder in 2019.

“”I think being able to keep up with those quicker midfielders and being able to say in front of them and just being able to get ground balls, which turned our defense into offense, is what made me valuable to the defense,” Barnes said.

“He was almost like having another long pole out there,” Wise said. The Bears went to the Pioneer Athletic Conference and District 1 playoffs in both of Barnes’ two seasons on the varsity squad, winning the first district playoff game in program history in 2018. Barnes said the individual highlight of his lacrosse career at Boyertown was winning the Bears’ True Grit Award in 2019.

“That award goes to somebody who embodies toughness and a willingness to do what’s best for the team,” Wise said. “It’s not something that’s necessarily going to be a stat thing. Ryan won that award because he was absolutely fearless in picking up a ground ball. It didn’t matter who it was or how many guys there were from the opposing team that were in the scrum, Ryan got his facemask in there and battled for it. He just did that so consistently.”

“I feel like that really kind of showed who I was, always working hard,” Barnes added. “I’m smaller than the rest of the guys, so I always had to put in that extra work to compete with those bigger guys, so I thought that meant a lot for me.”

Barnes’ toughness, selflessness and hard work extended to his time on the basketball court, where he described himself as practice player on a Boyertown team that went to the PAC playoffs for the first time since 2014-15 and won the most games (16) since 2006-07.

“I was there to make my teammates better,” Barnes said. “Obviously by then most of my energy had been put toward lacrosse, but I still love those guys on the team and my teammates, so I always wanted to get there everyday at practice and make them better.”

Barnes’ focus between his junior and senior lacrosse seasons was adding to his offensive game. He said doing individual work in his backyard and playing on his club team, Black Bear, for Boyertown assistant Greg Lignelli in the summer and fall were key ingredients to his improvement on that end of the field.

Barnes only get one opportunity to show off the offensive strides he took in the team’s lone scrimmage against Berks Catholic, but Barnes will be well-prepared for his time at King’s College, where he said he will play as an offensive midfielder.

Barnes plans to study finance at King’s College. With his time at Boyertown finished, he will continue to carry his father’s lessons of hard work with him as he tries to continue to improve himself day-by-day.