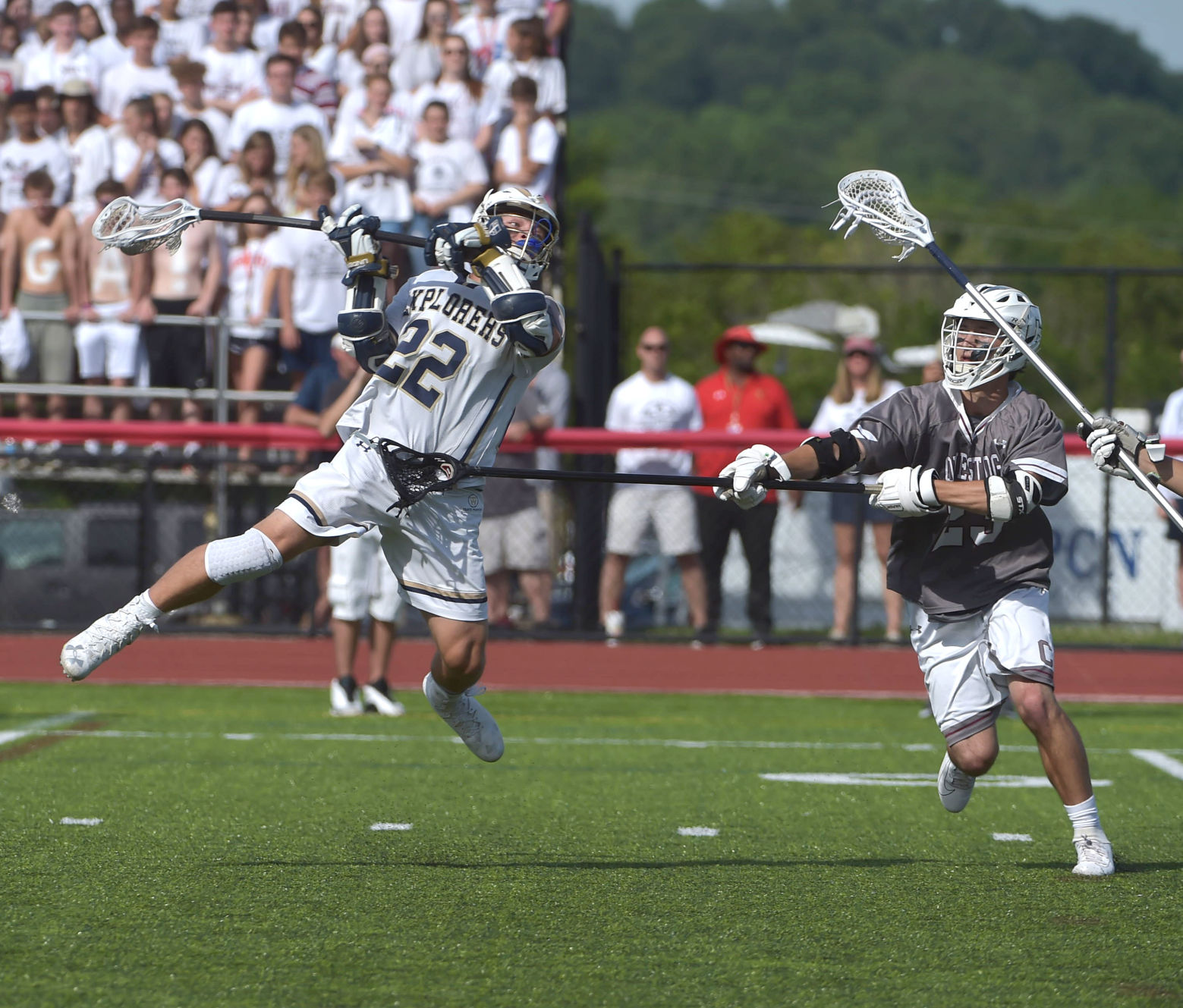 La Salle’s Shane Osborne (22) fires a shot against Conestoga in the first half of the PIAA 3A championship at West Chester East on Saturday, June 8, 2019. (Pete Bannan/MediaNews Group)

Suter made multiple outstanding saves, blanking Stoga in the second quarter, and provided the Explorers a substantial edge. Later, after the Explorers broke a 5-5 tie in the fourth quarter on the way to their 7-5 PIAA Class 3A championship victory, fittingly it was Suter who made one final stop, capping off a stellar performance in the season’s most important moment.

“It’s nerve-racking, but you just gotta have faith in your brothers,” Suter said of the fourth quarter. “We always say ‘trust your brothers.’ It’s part of our DNA. We just wanted to make that one little play, not try to get ahead of ourselves. And we got it done.”

Suter’s been getting it done all year.

A first-year starter, Suter waited for his turn, and got it. He was previously a backup behind standout Michael Clibanoff, who now plays at Ohio State.

“It was great to learn from him,” Suter said. “He’s an awesome player, an awesome kid. I respect that.

“I always knew my time would be senior year. I always prepared for this time. This offseason, I really got in the gym and started working, hit the ground running.”

Suter’s improvement was indicative of the team as a whole, as it overcame a rough start to 2019 to clutch the state championship trophy.

“We started the season awfully, losing three of our first four,” Leahy said. “We lost to Haverford, Seton Hall Prep. We just had to figure things out, move guys around, keep digging in — that was the theme of the year.

“I told them, ‘worry about ourselves May 1.’ Even then, we were still working it out, but by June we were a talented bunch, and tough to beat.”

Suter made his final save of the contest in the closing seconds, then rocketed the ball downfield as La Salle became State Champs.

“It’s everything you dream of,” he said of the title.

Pio, Haven let one get away to Hershey
Coar breaks tie, La Salle finds a way past Conestoga in PIAA 3A title classic