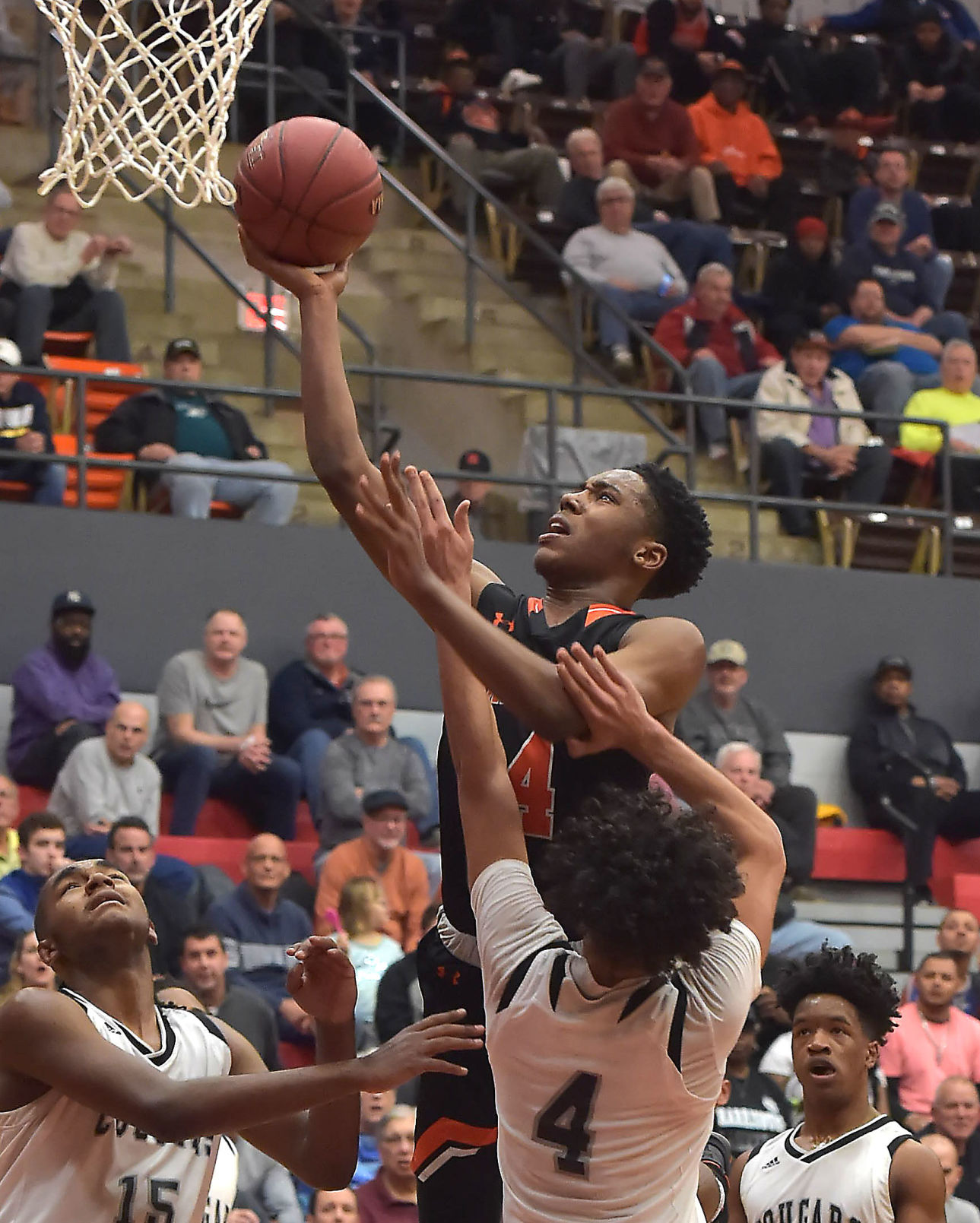 Once Akeem Taylor got hot there was no stopping Chester Thursday night.

Taylor scored seven of his 15 points in the second quarter to lead the Clippers to a 77-55 victory over Academy Park in Del Val League boys basketball action.

Tahriq Marrero hit three 3-pointers on his way to a game-high 27 points and Ki Henson had nine for the Knights. Marrero hit a triple at the buzzer for Academy Park’s only points in that quarter.

Penn Wood 72, Interboro 25 >> Desman Johnson Jr. was one of three players in double figures for the Patriots (5-3) with 13 points. Shamir Baunes had 11 points and Naim Powell had six of his 10 points in the first quarter as Penn Wood poured in 23 and never looked back.

Jason McWilliams led the Bucs with 10 points in the loss.

Garnet Valley 76, Springfield 42 >> Carl Schaller posted a double-double with 13 points and 10 assists as the Jaguars cruised.

Valantis Apostolopoulos had 16 points including three 3-pointers and Gannon McKee scored a team-high 22 points with five triples for the Jaguars (10-1, 7-1), who led 27-7 after the first quarter.

Harriton 54, Ridley 50 >> Khayri Ransom had 17 points including four treys and Michael Tabasso chipped in 12 points for the Rams, who knocked down nine 3-pointers in the game.

The Green Raiders (6-6, 3-4) trailed by 15 points at the break but stormed back in the second half with a 26-point fourth quarter. Malachi Williams had 12 points and Josh Howard had 11 points including eight in the final frame.

Strath Haven 53, Upper Darby 36 >> Luke Edwards dominated with 23 points including three makes from behind the arc and 10 rebounds. Matt Schuler had nine points for the Panthers (8-3, 4-3), who outscored the Royals 28-15 in the second half.

Onyekachi Nzeh and Shareef Jones scored nine points each for Upper Darby, which led by six points after the first quarter.

Penncrest 51, Haverford 49 >> The Lions outlasted the Fords in double overtime.

Haverford’s Googie Seidman made a 3-pointer as time expired in the first OT.

Tomlin led the Lions with 15 points.