Shanahan falls in first round of states; Domsohn plays in final game 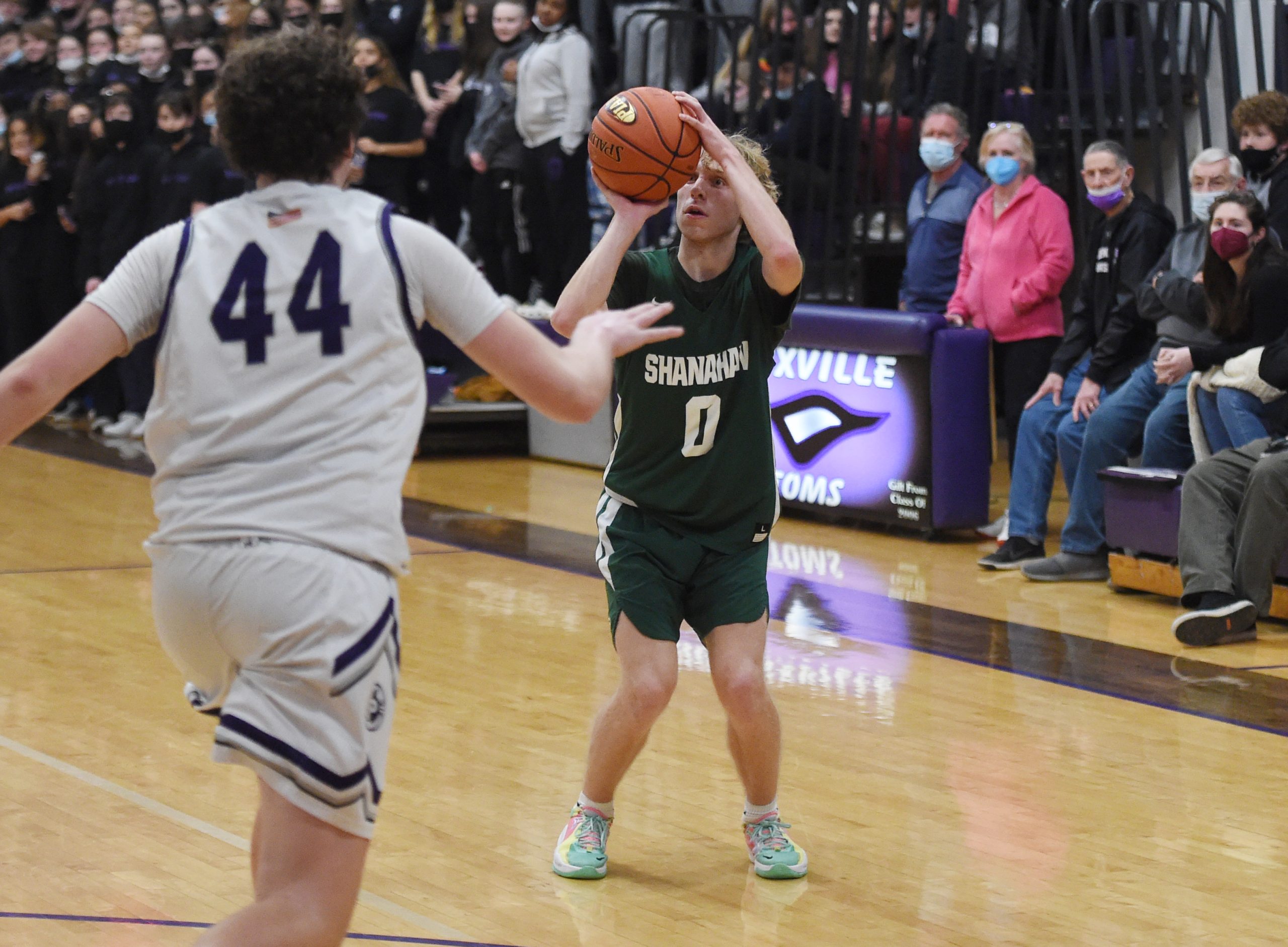 DOWNINGTOWN >> If anybody has earned a little down time, it is Bishop Shanahan’s Zane Domsohn. But the three-sport star didn’t want his high school career to end quite so early.

Domsohn played his final game for the Eagles on Tuesday in round one of the PIAA 5A Boys Basketball Tournament. The third seed from District 1, Shanahan dropped a highly competitive 51-48 decision to visiting Mastery North, a District 12 charter school from Philadelphia.

“No matter what sport he plays – it could be soccer or it could be horseshoes – Zane is an athlete and a competitor,” said his head coach John Dougherty. “He has the biggest heart.”

With nine of his game-high 18 points in the final 6:01, Domsohn sparked a late comeback to give Shanahan a chance down the stretch. He buried a clutch 3-pointer with 10.9 on the clock to pull the Eagles to within a point, but after a couple free throws by the Pumas, Domsohn got off a pair of potential game-tying 3-pointers in the final five seconds, but both were off target.

“We couldn’t get shots to drop tonight,” said Domsohn, who recently signed a national letter of intent to play soccer at Division I Bucknell. “And at the end we eventually did to get it to one, but we couldn’t get those last ones.”

As usual, Domsohn and his teammates left it all on the floor, however. The Downingtown native just wrapped up a wild seven month odyssey that included leading the Shanahan football and soccer teams to the state semifinals, and the basketball team to a 14-13 overall record.

“I’m going to take a rest this spring,” he announced.

“This whole season has been crazy, and all four years have been more than I could wish for. But I’m sad to see it come to an end.”

It was back and forth Tuesday the entire way, but Mastery North (14-5) outscored the Eagles 18-8 in a pivotal third quarter to open the largest margin of the day, 38-30, and then held on the rest of the way.

“Mastery is well coached they have a talented bunch of kids,” Dougherty said. “This was a tough first round matchup, but everyone is good when you get to the state tournament.”

A three-point play by Tracey Knight put the Pumas in front and Amir Cain capped a four offensive rebound possession with an inside bucket to up the margin to four. And then moments later Thomas Brown delivered the dagger in the form of a 3-pointer to make it 49-45 to set up the final minute of action.

“In the third quarter, we started to play (Mastery North’s) game, which was up and down the court,” Domsohn explained. “We turned it over and allowed some fast breaks.

“We pushed back and fought with heart, but we just couldn’t get all the way back.”

Paris Boyette and Knight led Mastery North with 12 points and Kyrion Williams added 10. The Pumas advance to round two and will play the Pottsville-Marple Newtown winner on Friday.

In all, the Eagles turned it over 15 times in the first three quarters. And Mastery North had a decided edge in rebounding, and were especially effective on the offensive boards.

“Their athleticism and our lack of height led to too many second chances for them,” Dougherty said.

“We did well limiting them in our zone (defense), but they were good at crashing the boards,” Domsohn added. “Sometimes they just wanted it more.”

Thanks largely to work at the free throw line, the Pumas opened a six-point lead midway through the second quarter. But Shanahan stormed back to score the final eight points of the half – finished off by a pair of steals and fast-break buckets by Domsohn – and the Eagles took a 22-20 lead into the break.

For the game, Shanahan was outscored by 10 points from the free throw line, and part of the problem was that the Eagles shot 6-12 overall. Junior Ben Rodner-Tims came off the bench to score 10 for Shanahan, but nobody else had more than six.

After it was over and after having a final team meeting with the team, Dougherty had nothing but praise for his group of overachievers.

“I am just extremely proud of our group of guys,” he said. “What we ask them, no matter what happens, is that we get the energy and the effort. These guys battle and fight.

“Sometimes they are overmatched, but they either don’t know it or they don’t care. They are never out of it because of their heart.”