Seidman, Haverford aim to go farther … shiner and all 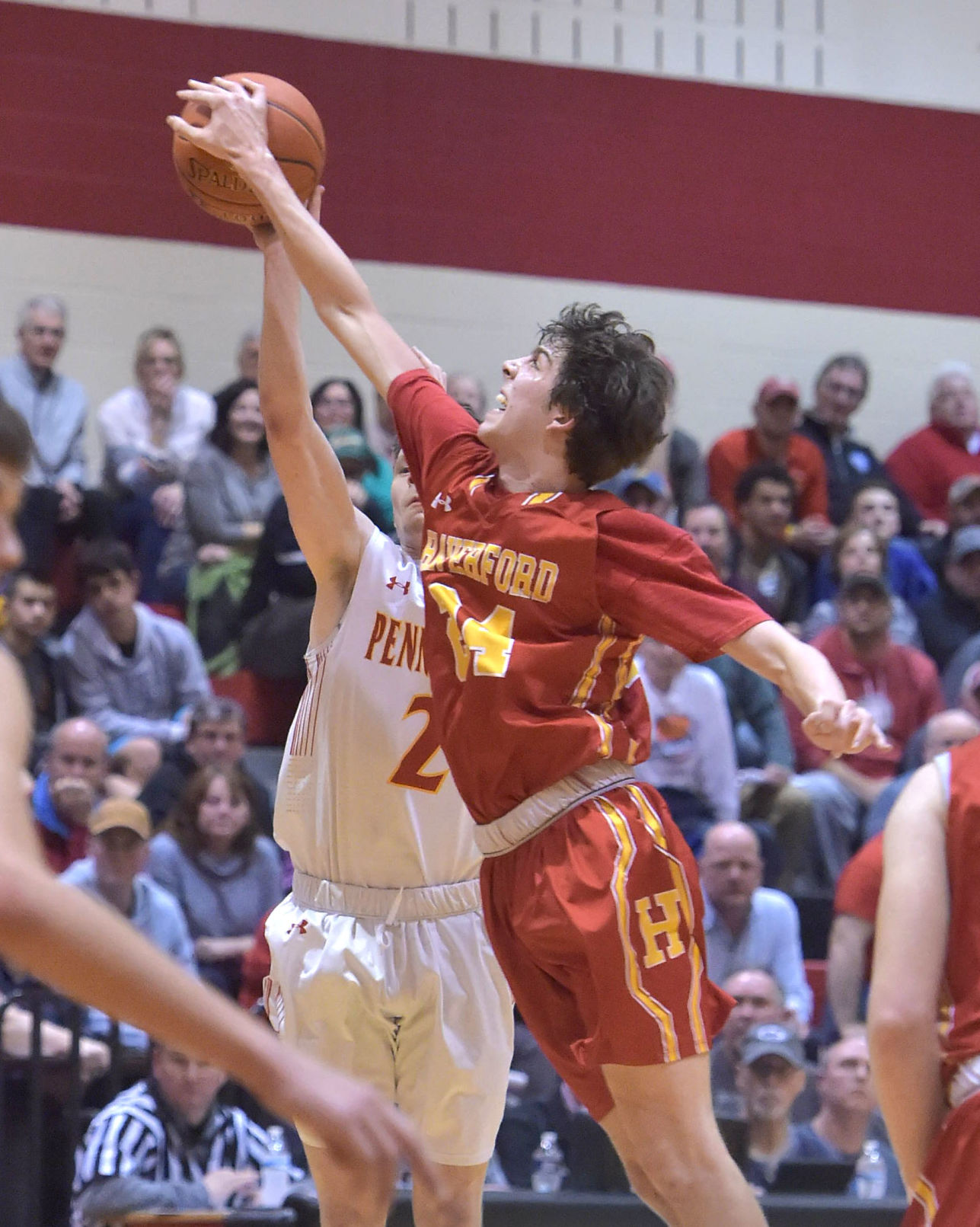 Haverford’s playmaking junior was the recipient of an errant poke to the eye in the Fords’ District 1 Class 6A tournament opener with Ridley.

Seidman had to sit out for a minute, but he was no worse for wear. He hurried back to the floor to guide the 13th-seeded Fords to a 34-28 victory over the 20th-seeded Green Raiders. The Fords travel to fourth-seeded Chester in the second round Tuesday.

Take a finger to the eye, John?

Wanted to get right back out there, John?

Seidman lets his game do most of the talking. He was outstanding, especially in the second half when his defense lifted the Fords out of an early rut. He amassed seven points and a pair of steals during the Fords’ 17-4, second-quarter run.

“Everyone played great,” he said. “We responded really well and we were playing well together and everyone had a big part in the way we played.”

Of course, much of the credit goes to that stingy Haverford (17-9) defense.

“We have a group of guys that grind you out,” Haverford coach Keith Heinerichs said. “They’ve been grinding people out since Jan. 11. If you look at the total points of each game we’ve had, I think it has to do with what these guys are doing. They’re doing a great job. They’re playing team defense. They’re trailing when they have to, they’re opening up when they’re hedging when they have to, they’re staying in stance and jumping to the ball. All of the little things, and boxing out. Not many second-chance points tonight, either.”

One of those grinders is senior power forward Will Higson, who was an All-Delco linebacker during the 2019 football season. Higson is a rebounding machine and had his way scoring the ball in the low post against the Green Raiders, who didn’t have anyone able to match Higson’s intensity and brute strength inside.

“I know what my role on this team is. I’m not a shooter, I’m not a ball handler, but I know what I can do well,” said Higson, who generated 10 points and nine rebounds. “I know I can box kids out and get rebounds. I just play to my strengths.”

John Scheivert dished out five assists to go with four points and three rebounds. Hunter Kraiza contributed a pair of 3-pointers for six points and Sean Reynolds added four boards and one assist for the Fords, who are 11-1 over the last 12 contests.

Haverford led by as many as 14 points in the fourth quarter. The Green Raiders cut their deficit to four points in the final 30 seconds, but by then it was too little, too late.