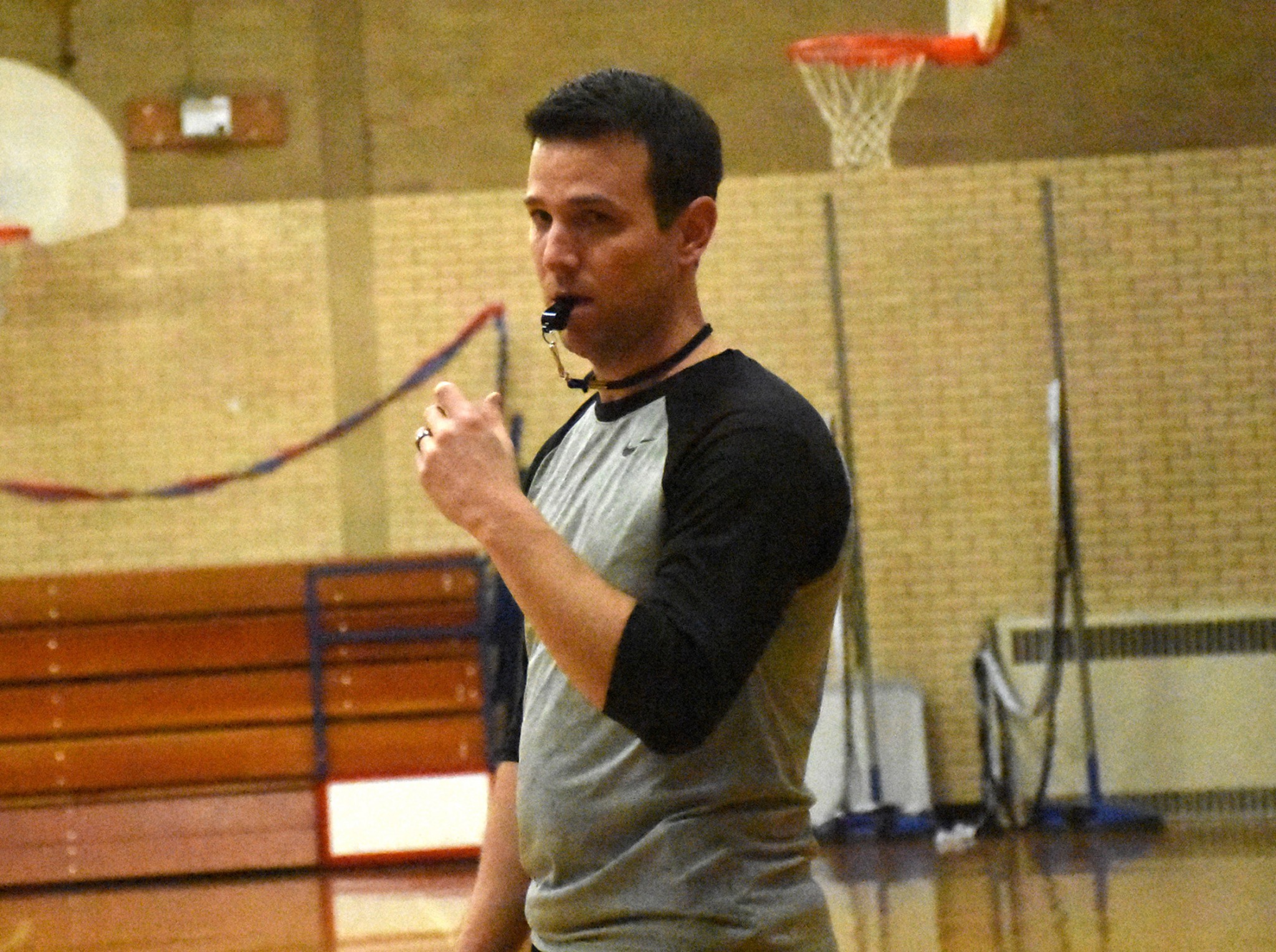 “I think about it every day,” the Penn Wood senior guard said, memories of a 68-66 overtime loss to Lower Merion in the first round of last year’s District 1 Class 4A tournament still raw.

The Aces went on to the PIAA tournament. The Patriots, on the heels of a second straight, first-round, overtime ouster, have a new coach and a new resolve not to repeat the past with a seasoned group.

Longtime assistant and Penn Wood grad Matt Lindeman takes the reins from Clyde Jones, who departed for Girard College. The parallel of Lindeman, a 1998 baseball All-Delco, growing into the coaching role as the Patriots mature around him is poignant.

“Last year, everyone was inexperienced,” said Lindeman, who also teaches in the building. “Even though they were juniors, it was their first year of playing varsity basketball. And it was an adjustment period. It was the ups and downs of inexperience.”

“It’s actually been very fun because he’s younger and willing to push,” Kairi Jones said. “We’ve been working to play fast, and that’s it basically, just focus on playing fast. Coach Matt is a great coach, he knows what he’s doing and we have a lot of faith (in him) to lead us into this season.”

The Patriots often tripped over the line between balance and lack of a default five-man unit. At times, Kairi Jones, Javon Lindsey-Terrell and Ahmad Smalls, among others, showed glimpses of taking over games. At other moments, they’d disappear, a trait that Jones owns up to and recognizes he must eliminate. Consistency goes hand in hand with maturity as the buzzwords of emphasis.

The summer was also spent rounding out skill sets. Pernell Ghee, a promising 6-foot-3 forward with a taste for the dirty work in the lane, has improved his handle and ability to create offense. Jones, a combo guard who was also the Patriots’ best 3-point shooter a year ago, is striking a better balance between scoring and creating, aided by Rashaad Anderson’s continuation as the point guard. Jones and Smalls led the Patriots at just over 11 points per game scoring average.

With Jay Fitzgerald in the backcourt mix and newcomer Keith Farmer in the forward rotation, the Patriots lean on six varsity returnees, a degree of experience that often seemed like the missing piece a year ago.

“We feel like we’re very mature now,” Jones said. “We know everything that happened last year was new to most of us, but this year, we’re ready for anybody. I think we’ve grown a lot over the offseason because we’ve just been working. We’re just ready.”

Penn Wood senior guard Kairi Jones and the rest of the Patriots are intent on not repeating recent history, which has included first-round overtime exits from the district playoffs the last two seasons. (Digital First Media/Anne Neborak)

The playoff disappointment fuels the Patriots. They land in Class 6A, not as dire a predicament as in football (they’ll contend with Plymouth Whitemarsh, Abington and Lower Merion, but not Chester). And the goal is clear.

“We all are more experienced now,” Ghee said. “I can say that. Everybody stepped up, is playing bigger roles now. We know what we’re chasing after now. We can’t go out in the first round. We know how that feels. That’s what we’re working on.”

Academy Park is under new direction, with Frank Wolf taking over for Allen Brydges after a wildly successful stint that included a berth in last year’s state tournament.

Another face that won’t be there is Khyree Temple, who burst on the scene as a freshman last year after his transfer from Neumann-Goretti. Temple landed at Phoebus High School in Virginia.

Chester’s effort to return to the PIAA Tournament gets a boost from a transfer — Jahmeir Springfield, son of assistant coach and Chester All-Delco Jimai Springfield, who moves in from Strath Haven.

He’ll augment a solid corps, particularly in the lane, which includes 6-foot-6 Jamar Sudan and 6-foot-8 Jordan Camper, both Division I talents. Seniors Ahrod Carter and coach’s son Larry Yarbray Jr. will lead on the perimeter.

Chichester was shocked to miss the District 1 playoffs last season with a 14-8 record, and Buzz Wood’s team is driven to rectify that slight.

That effort is hampered by the transfer of senior guard Eric Montanez, who averaged 17.8 points last year, to St. Thomas More in Delaware.

Myron Sanders, a 6-foot-4 forward, is the lone returnee for Tony Bacon at Glen Mills. Bacon will have to cobble together a completely new team per usual. James Timmons, who excelled for the football team, slots in at guard, while the Bulls have some height thanks to 6-foot-5 Ja’Qualyn Kelly.

Interboro endured a winless 2015-16 campaign in Bill Rowe’s first season, and he’s hopeful that the Bucs have turned the corner.