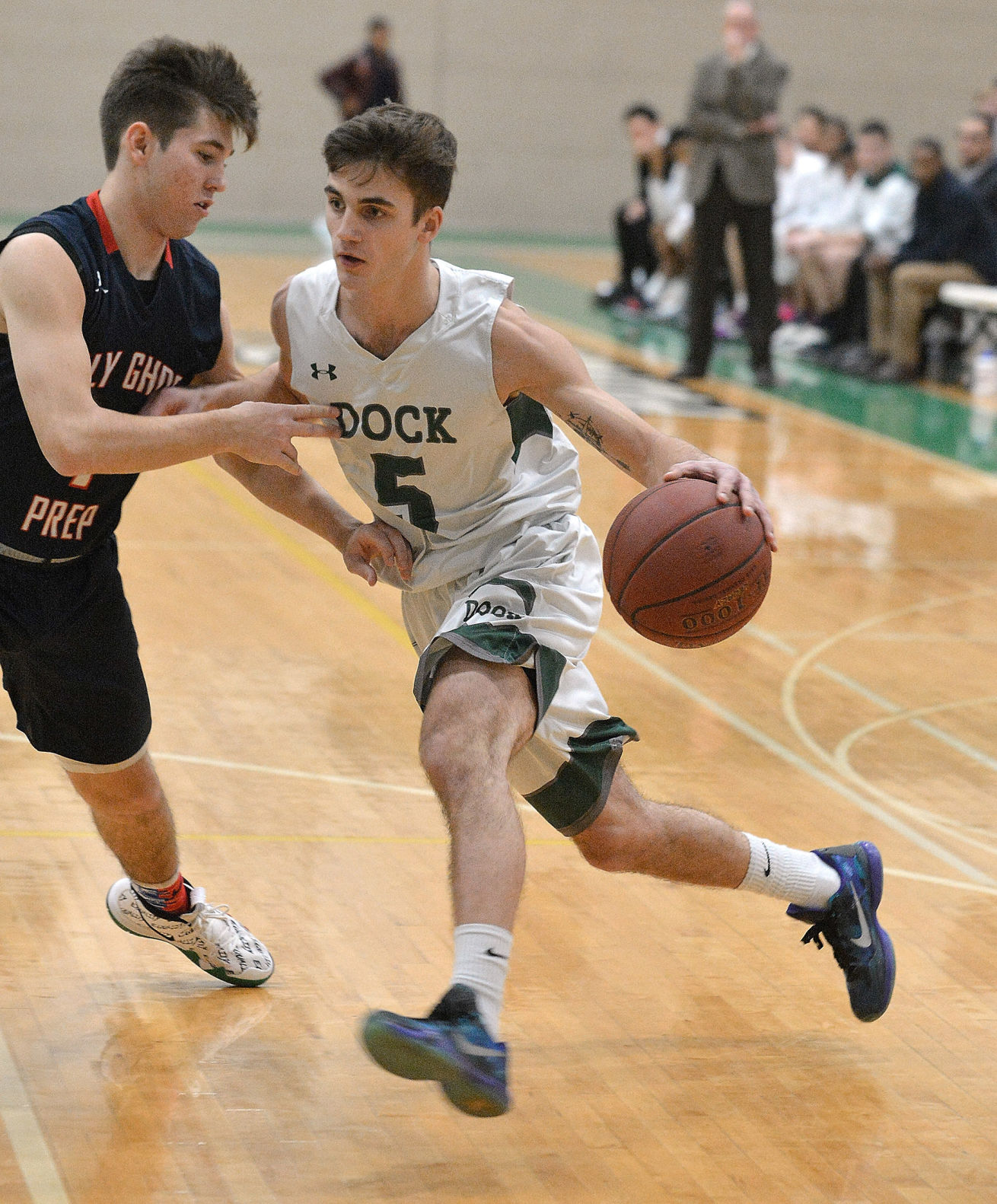 Dock Mennonite’s Jackson Scialanca scored his 1,000th career point as he knocked down five 3-pointers in scoring a game-high 23 points as the Pioneers won their ninth straight Friday night, pulling away in the second half for a 70-46 victory over host The Christian Academy.

Scialanca collected 16 of his points in the second half as Dock (14-3, 1-0 BAL Presidents) outscored TCA 44-27 after the break. Nolan Bolton and Darius Ellis both chipped in eight points for the Pioneers.

Tali McIver added 14 points for the Knights (9-9, 4-4 SOL Continental) while Rob Carangi finished with 12 points as North Penn outscored the Patriots 18-14 in the second extra session.

Tommy Kupers was one of three players for South (13-4, 7-2 conference) in double figures, scoring a game-high 16 points. Ian McCaw had 11 points while Brock D’Aulerio recorded 10 points.

Andrew Vince had 10 points to pace the Indians (6-12, 3-6), which had a two-game win streak snapped. Zach Thatcher and Dom Natatle both scored nine points for Big Red.

Jenkintown 56, Morrisville 48 >> Jenkintown has three players in double-figures – Trevor Brockwell leading the way with a game-high 14 points – as the Drakes halted a five-game losing streak.