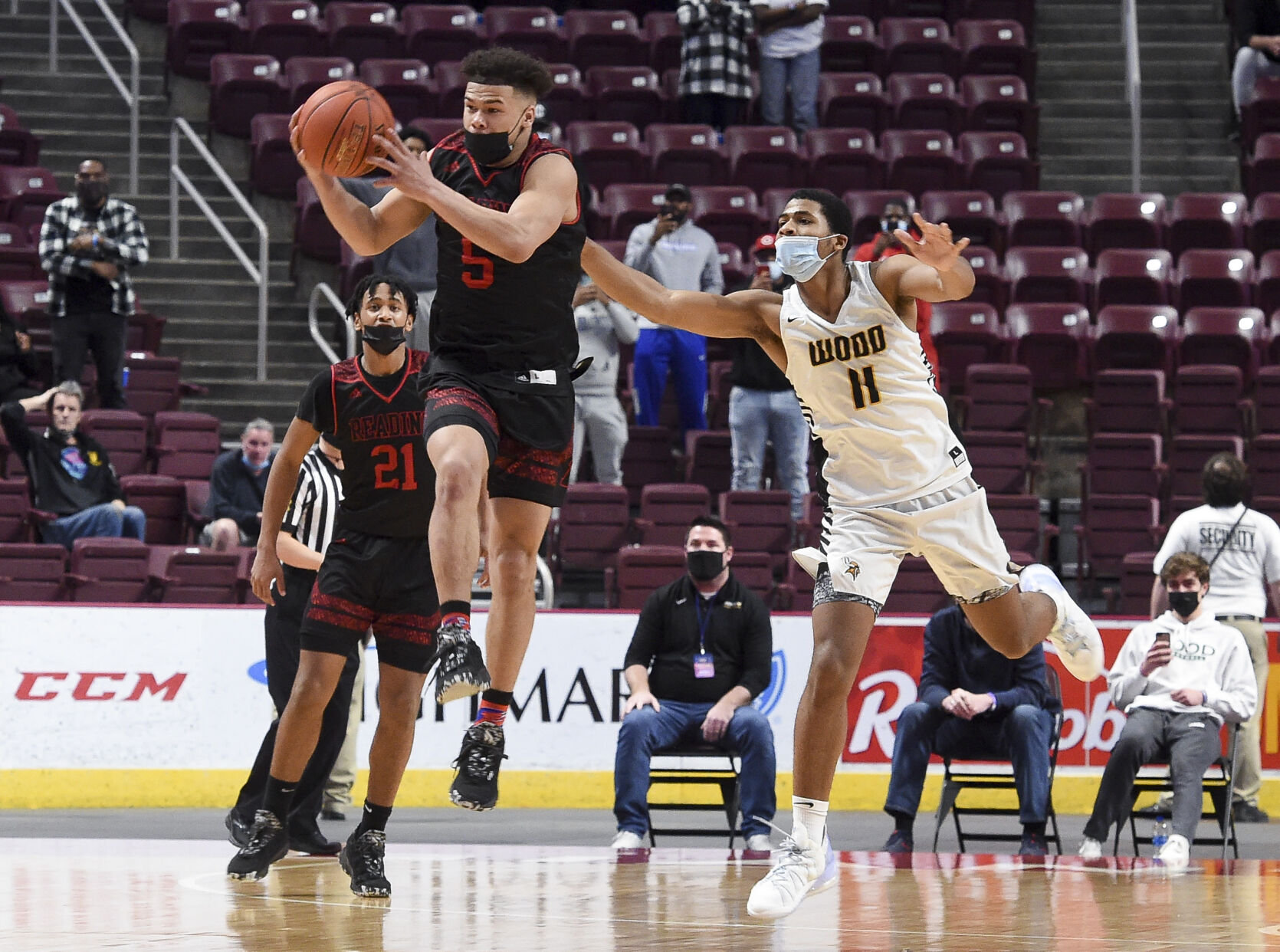 Even with his team trailing by seven points midway through the fourth quarter in the PIAA Class 6A title game, the Archbishop Wood senior wasn’t entertaining the thought. He and his teammates had rallied back plenty of times and the Vikings nearly did it again.

The comeback wasn’t meant to be and a defensive play by Reading in the final seconds allowed the Red Knights to hold on for a 58-57 win over Wood, winning their first state title since 2017 Saturday night at the Giant Center.

“I always think that,” Diggins said. “We could be down 15 with like four minutes left and not one time on this team did I ever think we were going to lose, that’s how much confidence we have. I think we all felt we were going to get it but we just made a mistake at the end.” Wood, coming off its first PCL title since 2017 and making its third trip to Hershey in the last three years, couldn’t have started much better. Marcus Randolph hit a three off a Diggins assist before the Vikings’ all-time leading scorer hit two deep 3-pointers as part of a 13-2 opening run.

If there’s a team built to take a shot like that and endure it, that team is Reading. The District 3 champion Red Knights had to fight tooth and nail just to get a chance to play this season and they started clawing their way back into the game.

Effort can go a long way in a tight game and Reading played with great intensity all night on both ends of the floor.

“A lot of our breaks, we didn’t capitalize on them and they (Reading) just play hard,” Wood coach John Mosco said. “They made their breaks and we didn’t.”

Reading got a spark off its bench in the form of Joey Chapman, who also played hero at the end breaking up Wood’s last inbound pass, as it battled back. Chapman looked to attack Wood’s defense and his teammates followed that lead after a slow start.

Stretching the Vikings out, Reading was able to get its guys rolling to the rim and if Wood forced a tough initial look, center Moro Osumanu was usually there to get a stickback basket.

“We like to run and if you want to run, you have to get stops and we weren’t getting stops,” Diggins said. “They kept moving and as they were moving, they attacked the spots where we were wide open. They had some easy drives and if we closed, they could kick to the corner or get a foul, go to the line and shoot free throws.” Reading came all the way back to tie the game 23-23 in the second quarter but the Vikings closed the half on a 7-0 run for a 30-23 lead at halftime. Diggins, who ended with a game-high 26 points, scored off a Randolph assist to open the third quarter but Wood’s offense stalled after that.

Wood had just two more points in the first five minutes of the half, allowing Reading to again tie the score at 34-34. The Vikings woke up a bit, but Diggins said their offense was too stagnant and reliant on one-on-one play instead of moving the ball.

A three by Ruben Rodriguez leveled the score, then Reading took its first lead of the night at 43-41 when Daniel Alcantara scored with 37 seconds left in the third quarter. An 8-2 run to open the fourth put the Red Knights up 51-44 with 3:57 to play and had Wood on the ropes.

“We go through those situations where we’re down points, pressing and having to get steals and get back into the game and we did that with our defense,” Mosco said. “We extended a lot of energy early, especially with ‘Sool not coming out of the game and the way they were chasing him around.”

Diggins jump-started Wood’s rally and the Vikings defense made a couple timely plays as they got all the way back within 51-50 on a driving layup by the UConn recruit. A rimmed-out layup and a turnover on back-to-back possessions right after that hurt, but Wood still found itself with a chance after Diggins hit a three to pull within 58-57 with 5.7 seconds on the clock. Reading, which had no timeouts, had to try a long pass that Wood picked off with 3.9 seconds to go. The Vikings took a timeout to draw up a play, but Chapman picked off the pass to break up Wood’s final opportunity.

It was a somber ending for an otherwise outstanding season for the Vikings. Wood won the PCL for the first time since 2017, made its third trip to Hershey and graduates a nine-player senior class that includes four 1,000-point scorers and Division I recruits.

Diggins, Randolph (Richmond), Jaylen Stinson (JMU) and Daeshon Shepherd (La Salle) continued building the foundation for the program and have continued to raise the standard for the Vikings. Mosco said he was most proud of how the class “came in as kids and is leaving as men” both on the court and academically.

“The thing I’m proud about is this has become a program in the last eight years where I’ve got Tommy Funk, I have Collin Gillespie, all those kids coming back and texting me wanting to talk to these young guys to get them to understand what it is about Wood basketball,” Mosco said. “We’re trying to get to that echelon again, win the Catholic League and represent each other.”

Diggins, the PCL’s MVP for a second straight season, stopped on his way out of the team’s locker room to hug Mosco as did most of the other seniors.

“I plan to stay very involved, this program gave me an opportunity when nobody else would,” Diggins said. “Everybody in there that’s younger than me is like my little brother. We talk to each other all the time even when we’re not in season and I think that’s something that is going to continue, me trying to be a big brother to them.”