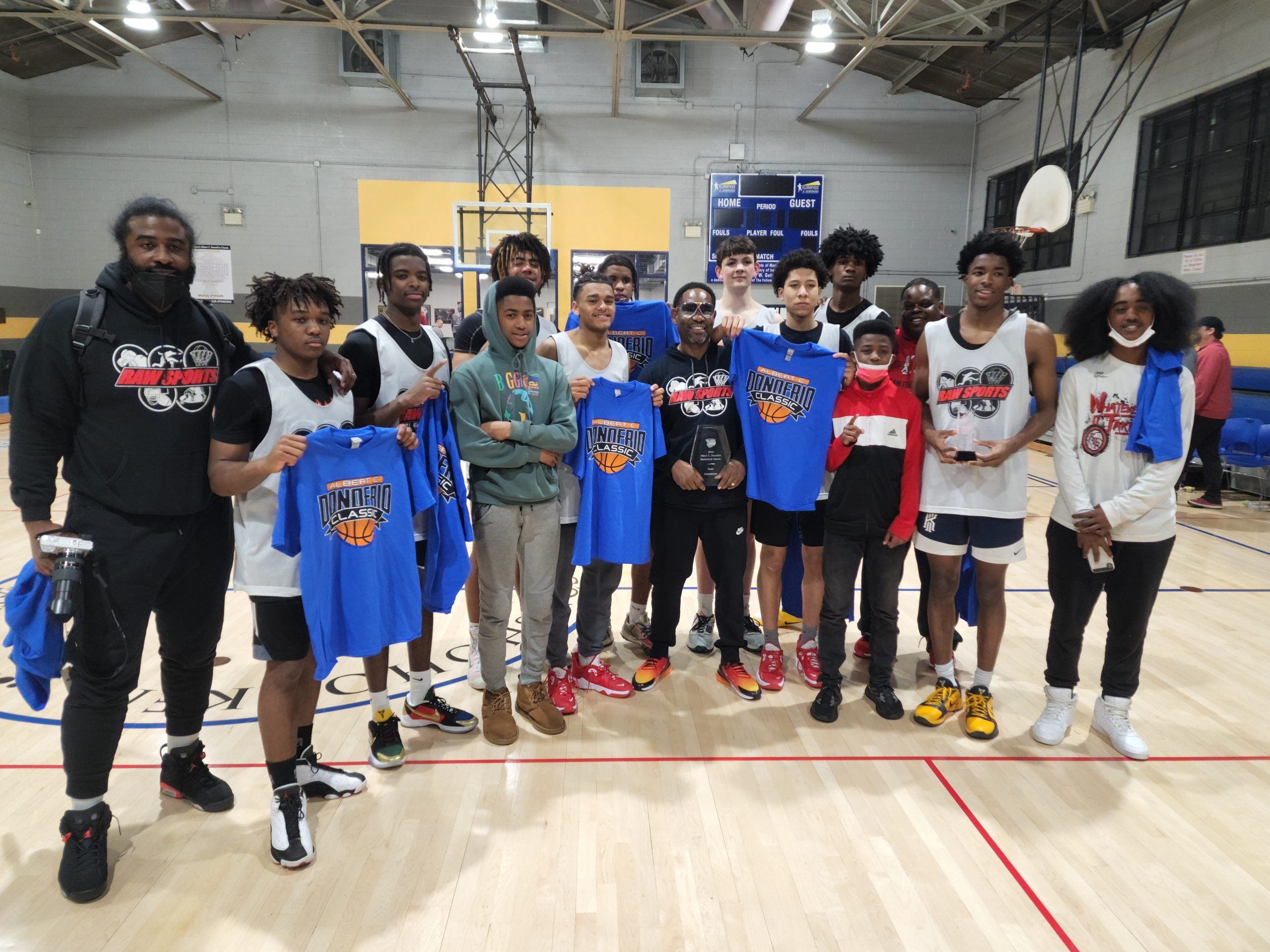 CONSHOHOCKEN >> Raw Sports scored 10 straight points early in the first half and never let Team Hardnett threaten the rest of the way, cruising to a 114-76 win in the 60th Annual Albert C. Donofrio Classic championship game Tuesday night at the Fellowship House of Conshohocken.

“I was just getting out early, being aggressive,” Westry said, “showing that I could score and then finishing the game by getting others involved.”

The lead grew to 24 early in the second half before Team Hardnett made their final push. They trimmed the deficit to 16, 71-55, with plenty of time left, but Raw Sports immediately answered. Ruben Rodriguez hit a three before Raw Sports defense forced a turnover. Myles Grey hit a floater to get the lead back over 20, 76-55, and the defense forced another turnover to bring all momentum back to their side.

“I knew that Chance (Westry) was going to see me,” Rodriguez, a Reading junior, said. “Chance told me before the game just to be ready. I knew I had to bring my A-game today, so just being able to be out here and just having fun. Honestly, it was wide open shots. I should have made it.”

Raw Sports, who won their second Donofrio Classic title after winning in 2018, had their starters close out the game after building a 93-71 lead. Westry, Anthony Smith, Chas Kelley and Javon Adams put on a show over the final few minutes. Their SportsCenter-worthy dunks and passes highlighted a 19-5 sprint to the final whistle, 114-76.

The Donofrio Classic championship is the feather in the cap of Westry’s high school career. The AZ Compass Prep senior earned the Art Andrey, Sr. MVP Award after his 27-point performance.

“It feels great,” he said. “Add it to my achievements before getting to the next level and whatever comes with that.”

Westry played his first two high school seasons at Trinity High School in Harrisburg before playing his junior and senior years in Arizona. He came home for Easter break and extended his trip to play in the tournament.

“I played in (this tournament) my freshman year,” he said, “so not winning that gave me something to come out and win it tonight.”

The only Raw Sports player he’s played with before the Donofrio Classic was Tyler Houser, a Cedar Cliff senior. In seventh grade, they won a state championship together at St. Theresa’s.

The 6-foot-5, 175-pound Westry will play at Auburn next year. He’s the 37th overall player in the Class of 2022, according to ESPN, and the sixth ranked point guard.

Smith, a Shippensburg senior, took the basketball court for the last time Tuesday night. He’ll be leaving basketball behind when he heads to Minnesota as a four-star recruit to play along the defensive line.

“It’s a great way to go out. This is probably my last time ever playing organized basketball, playing big basketball around big people. It feels great that I go out like that.”

Smith had some schools interested in him to play college basketball, but he couldn’t be happier than he is to be playing football at Minnesota.

“Ski-U-Mah, row the boat, PJ Fleck, the 612,” he said of Golden Gophers football. “Seriously, they’re my guys up there. I can’t wait to get up there and play football.”