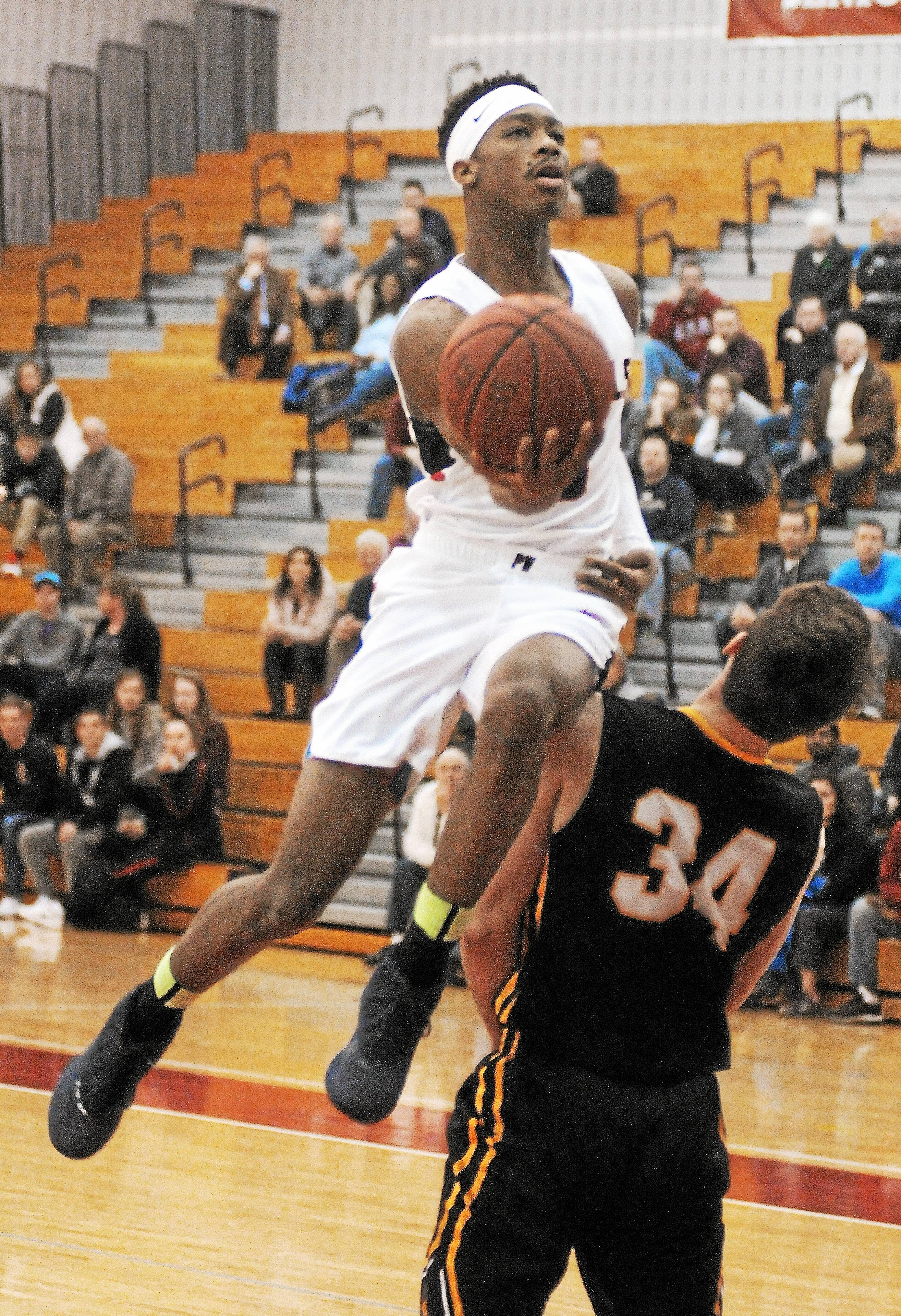 FRANCONIA >> Ahmin Williams has waited a long time to play in the postseason.

After winning the District 1 title as a sophomore in 2016, the Plymouth Whitemarsh guard got injured in the final game of the 2017 regular season and was out until summer.

Now, as a senior and a captain, Williams is playing a lead role in the playoffs.

He scored a game-high 19 points in the Suburban One League Tournament championship game Monday night to lift the Colonials to a 62-41 win over Central Bucks West at Souderton Area High School.

“It’s a great feeling,” Williams said. “Last year being hurt, watching my team lose to Abington (in the SOL tournament final), it irks me, but now coming out here — I’m not going to lie — the two games we just played I was a little bit nervous because I was hurt (last year) and it kind of felt weird, but confidence and I know it’s my time. Anything to help my team win. This is a great experience for us, especially playing a team like this.”

The Colonials (24-0) took control late in the second quarter. Tied at 20 with 2:25 to go, PW closed the half on an 11-4 run. Williams scored five points during the final stretch of the second and seven in the quarter as a whole.

The momentum continued into the second half. The Colonials scored the first four points of the third quarter and led by 11 heading into the fourth.

In all, Plymouth Whitemarsh forced the Bucks (19-5) into 19 turnovers — seven of which came in the third quarter.

“At the beginning of the game we weren’t showing our teeth, we weren’t getting up,” Williams said. “We decided, hey, we’re not playing like ourselves, so let’s start getting the trap and let’s see if they like pressure. Like coach D says, nobody likes pressure, especially 90 feet, especially with our team.”

A big reason for the up-tempo defense was the absence of 7-foot-2 center Naheem McLeod. West held the junior to just six points and three rebounds, which resulted in more minutes for senior guard Danny Cooper.

“These guys have been doing this for three years,” Donofrio said of the pressure defense. “It’s just kind of been in the closet this year. It’s a gear that we always start the season off with — here’s your actually pace … That gear is there and it’s nice to have it in reserve, but we still need the big boy to be the big boy.”

“(Naheem’s absence) makes us switch to another gear,” Williams said. “When Naheem is on the floor, he’s a big, giant help. When he’s off the floor, we still can play. That’s the great thing about having Naheem. Our guards, we know how to change the gear and pace when we need to.”

The SOL American champion Colonials kept their foot on the gas in the fourth quarter.

Ish Horn scored the first five points of the frame and PW out-scored the Bucks, 16-6, to close out the 62-41 win and take home its first SOL Tournament championship.

These teams will have a full week off before opening the district playoffs next Tuesday. PW, the No. 1 seed, and CB West, the No. 4 seed, would meet again in the District 1 Class-6A semifinals at Temple University if they each win their second-round and quarterfinal matchups.