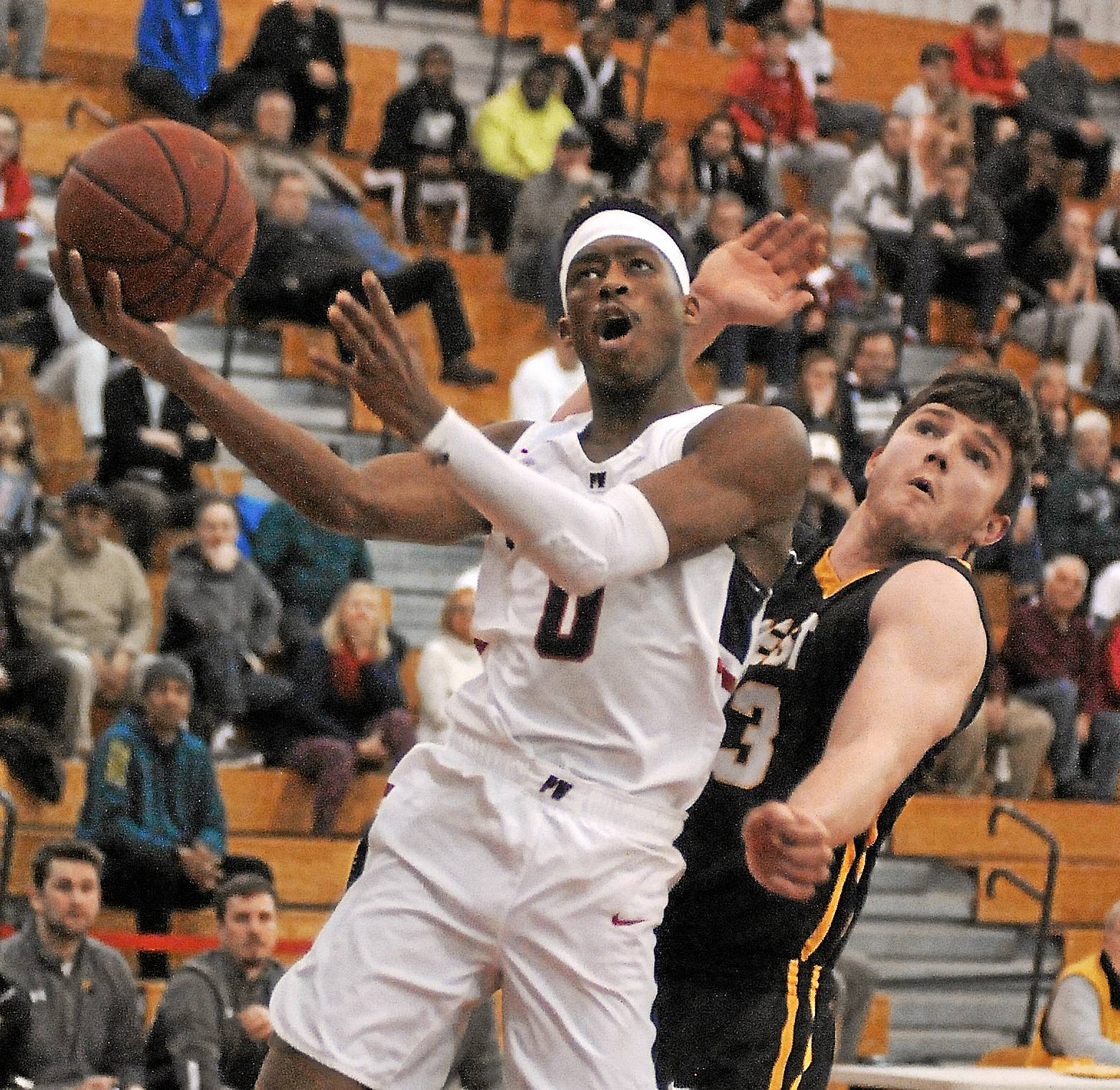 Voting is open for the second round of the Reporter/Times Herald/Montgomery Media Boys Basketball Team of the Decade bracket. Visit @ReporterSports on Twitter to choose which teams advance to the Final Four. Polls close Saturday afternoon.

Let’s take a look at each individual matchup.

This matchup would feature some of the most prolific scorers in PW history.

In 2010 CJ Aiken scored 540 points, good for the 15th highest single season all-time, and Bond was right behind with 527, 17th all-time. Bond is the No. 2 career scorer in PW history while Aiken is seventh. Other players on the career scoring list are Sam Pygatt (33), Whis Grant (46) and Stephon Baker (51).

From the 2018 team, Naheem McLeod had the 12th best scoring season in program history with 567 points. Ish Horn poured in 420 points. McLeod is fifth in career points for the Colonials while Ahmad and Ahmin Williams rank 25th and 28th, respectively, and Horn, in two seasons, 54th.

Both teams finished as District 1 runner-ups. The 2010 team lost to Penn Wood in the D1-4A final while 2018 fell to Abington in the D1-6A title game. The 2010 team, however, is the No. 1 seed for a reason. They responded with a state championship run, capping it off with a revenge win over Penn Wood. The 2018 team lost in the second round of states to Roman Catholic.

The 2018 team has the ultimate size advantage in 7-foot-4 McLeod, but the 2010 could hold its own. Aiken (6-foot-10) and Bond (6-foot-7) were both forwards capable of playing the point while Pygatt, Baker and Grant all stood over 6-foot. The Williams twins and Horn stood over 6-foot-1 for the 2018 team while forward Alan Glover was 6-foot-4.

The 2017-18 Abington team may be the school’s best of the decade. It was one of four District 1 champions, reached the state quarterfinals – farther than any of the other district winners – and featured all-time school greats Robbie Heath as a senior and Eric Dixon and Lucas Monroe as juniors.

Both teams made deep playoff runs in their respective seasons. The Patriots (23-7) reached the PCL semifinals and PIAA-3A state title game, losing a pair of heartbreakers to Roman Catholic and Neumann-Goretti. The Explorers (26-4) lost the PCL title game to Roman and a PIAA-6A state semifinal to Pennridge.

La Salle could stretch the floor with a pair of forwards who can score from anywhere in Zach Crisler (6-foot-9) and Konrad Kiszka (6-foot-7). Add in guards Allen Powell and Titus Beard and the Explorers can create mismatches across the board.

One thing is certain when these teams get together – fans need to arrive early. Basketball enthusiasts will flock from all corners of the Greater Philadelphia Area to see this much talent on the floor and both schools are known for filling the stands with both students and alumni.

During the Rams (27-6) state playoff run, they faced plenty of teams with Division I college talent. They beat an Abington team with Eric Dixon (Villanova) and Lucas Monroe (Penn), a Methacton team with Jeff Woodward (Colgate) and a La Salle team with Allen Powell (Rider), Konrad Kiszka (Princeton) and Zach Crisler (Rice). They took a Kennedy Catholic team with talent from all over the world, including Oscar Tshiebwe (West Virginia), to double overtime in the championship game.

Sean Yoder, Jon Post and Trent Fisher will face their biggest challenge yet in this quarterfinal matchup against Archbishop Wood.

Not only would it be a big challenge for the Rams in terms of talent, but Wood would have a noticeable size advantage, too. Pinkney stood at 6-foot-11 in 2017 and Pickron, Funk, Cerruti, Wallace and Julius Phillips all stood between 6-foot-3 and 6-foot-7.

Pennridge forwards Fisher and Post stood at 6-foot-6 and 6-foot-5, respectively. But give the Rams credit – Yoder, a 6-foot-2 guard, made a highlight reel play blocking a Tshiebwe dunk in the state title game.