PIAA Class 6A boys basketball: Overtime loss to Scranton should be harbinger of success for Garnet Valley 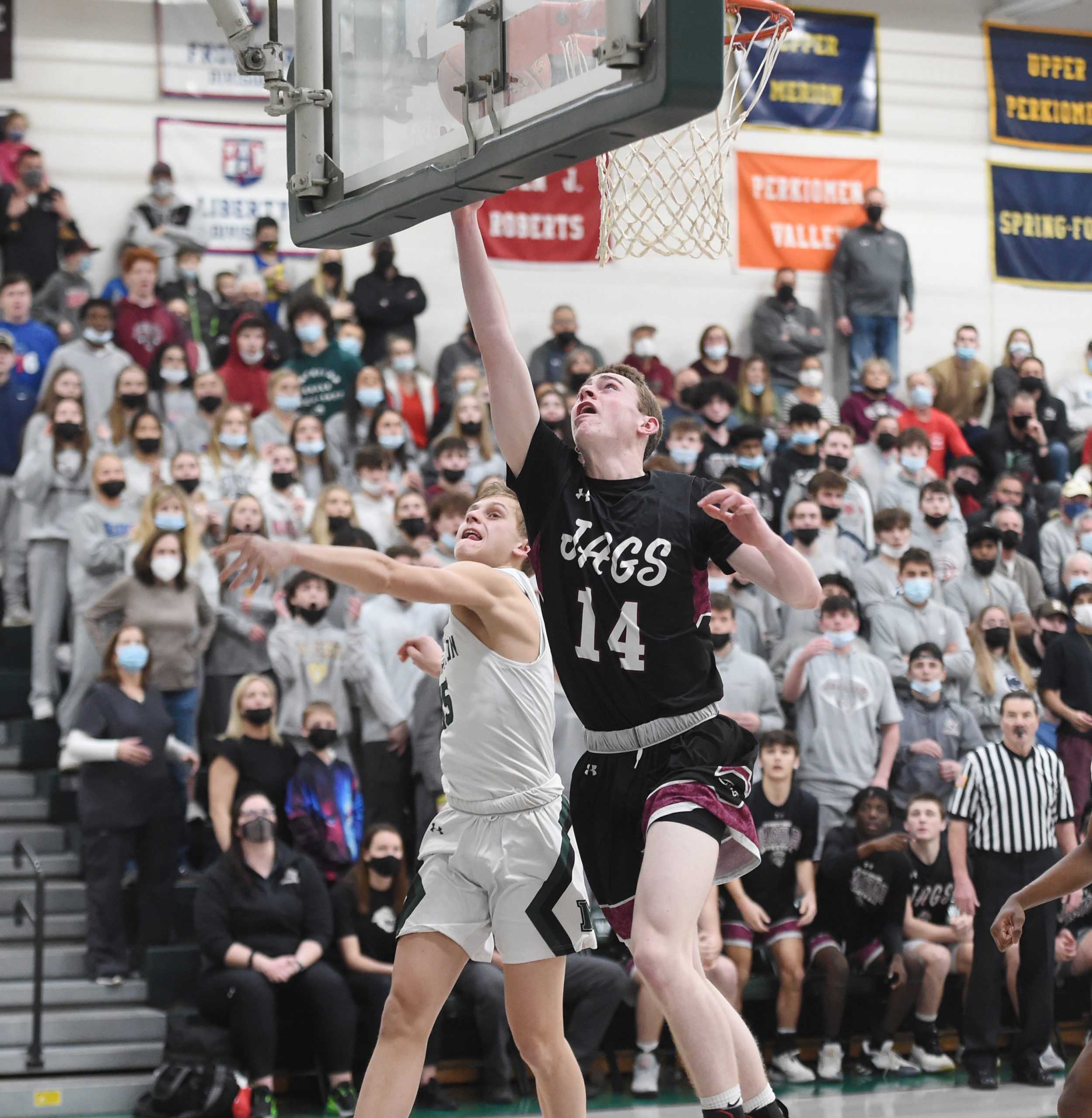 BETHLEHEM – Ryan Wootten didn’t exactly see his basketball life flash before his eyes Sunday evening. But had the tape rolled as he released the last 3-point attempt of his high school career, it would’ve made for one heck of a film.

The senior guard has powered Garnet Valley’s steady redefinition of what constitutes the best season in program history. From a District 1 tournament home game, to a Central League title and a District 1 Class 6A final, to Sunday’s second round of the PIAA tournament, Wootten has been at the leading edge of the Jags’ growth.

That was too much to occupy his mind as he planted his feet 34 feet from the basket at Bethlehem Freedom High and let fly as the overtime horn sounded. It wouldn’t sink in until some minutes after the shot had clanged the front of the rim, bounced off the backboard and out, giving District 2 champion Scranton a 52-49 overtime win.

Although the Jaguars’ postseason run – from the 24th and final team into districts to the program’s first states win since 1997 – thus ended, the echoes will last much longer than the sound of ball hitting iron at the Joseph J. McIntyre Gymnasium.

“This has been the best team I’ve been a part of,” Wootten said. “Coach (Mike) Brown has been great. We’ve created such a great program here, and the people within it, they’re great. We have confidence in each other, we trust each other and we play together, and that’s what Garnet Valley basketball is.”

Garnet Valley (18-11) gave Scranton all it could handle. It held the Knights’ top scorer, Jason Shields, to three points through three quarters, blanketing him to a 4-for-14 shooting performance.

“Our plan going into that was obviously, he’s the main guy to defend,” McKee said. “It’s also always just to stay on him. Any time, we have a hand near him. Don’t let him shoot or anything like that.”

But a Garnet Valley team that pulled two upsets away from home in districts and gutted out two overtime districts games had the mettle down the stretch.

“We trust each other to make shots,” said Wootten, who was 1-for-6 from 3-point range for six points. “Everyone has trust in one another. No matter whose hands the ball is in, we trust them to make a play, and we’ve been doing that game in and game out.”

The game was a one-point affair at half, thanks to McKee and Scranton’s Arvel Chandler standing as the only two players able to hit shots. McKee atoned for a pre-game technical (dunking a ball in warmups) with a whale of a game. He led all scorers with 22 points, including 10 in the third quarter. He added nine rebounds and was one member of the village defending Shields.

Chandler had 13 points at half on the way to 21, including a huge 3-pointer early in overtime. He was 5-for-6 from beyond the arc.

“I was just trying to feed it off from me to him,” Chandler said of Shields. “So if I make shots, I know he’ll make shots eventually.”

The teams were tied at 34 after three quarters. Shields and McKee traded triples, and Drew Van Horn re-tied the game at 41 with a sortie down the lane, though he missed the and-1 free throw.

Scranton outdid itself at the line, missing two front-ends in the fourth despite dribbling nearly 90 seconds off the clock in the final two minutes. Max Koehler drove to the rim with 13.5 seconds left and hit both free throws, tying the game at 43, with Chandler missing a leaner from the baseline at the horn to send the teams to the extra session.

Two turnovers and a missed front-end hurt the Jags in OT, yet Koehler (12 points) still put them up 49-48 with 20 seconds left, not to be denied in the lane.

Shields, who scored nine points in the fourth and overtime, muscled his way to the rim on the other end. After the second GV turnover, reserve Dillon Lazdowsky hit two free throws with 4.6 seconds left, setting up Wootten’s oh-so-close attempt at preventing the midnight strike on GV’s Cinderella clock.

The upshot? With three juniors and a freshman starting, and with Wootten the only senior in the top-six rotation, this year may well be the beachhead for the latest, greatest season.

Once the fog of Sunday’s disappointment clears, that page will truly turn.

“It’s the future. That’s all you can say,” McKee, a junior, said. “We can’t go back in time. We can’t change anything. You can’t hit that shot you missed or anything. You’ve just got to move on. Next season.”