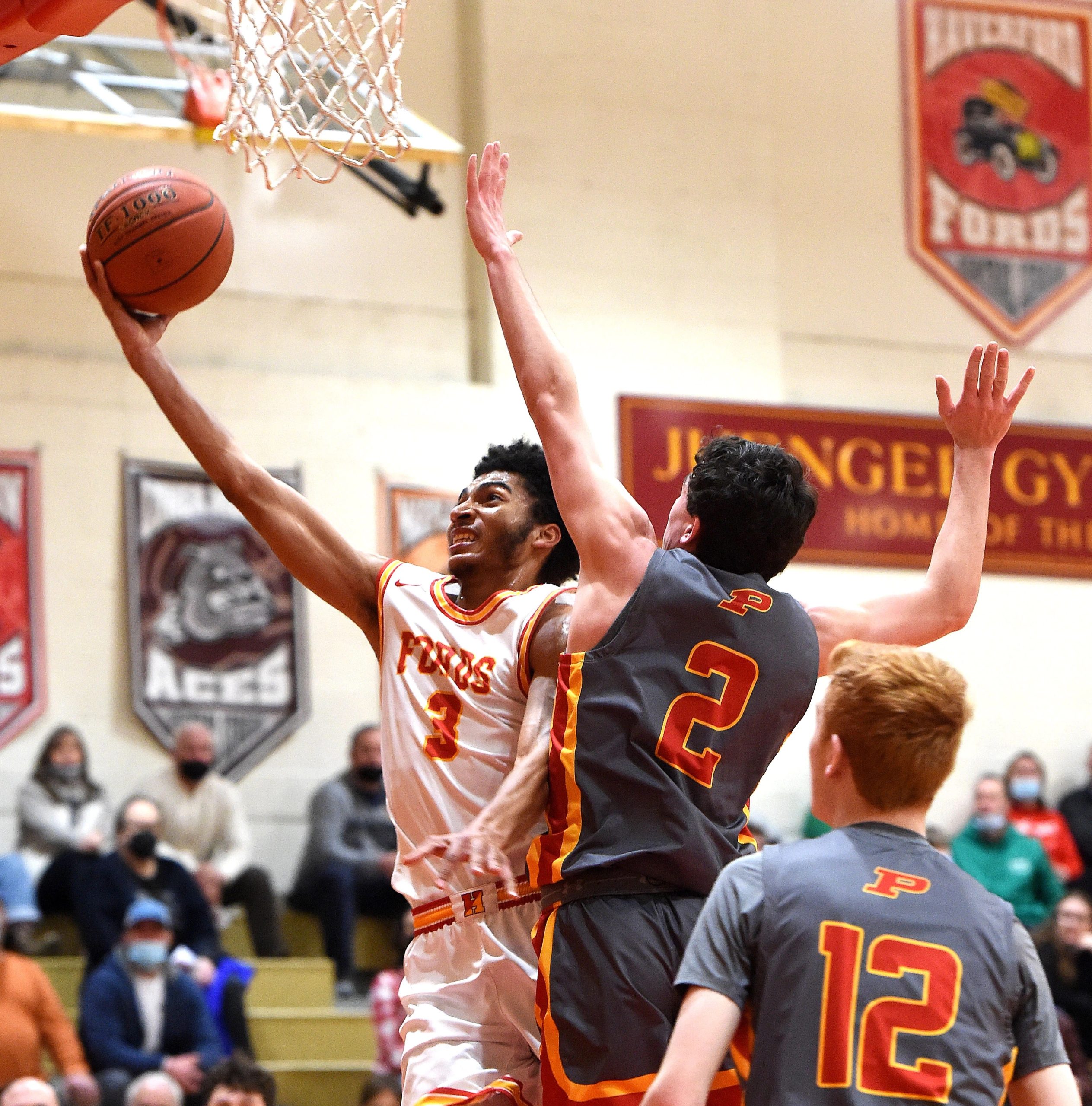 The Fords trailed by four points midway through the third quarter in a game in which District 1’s 11th-place team was a heavy underdog.

Ultimately, the Cahillites were too much.

Buoyed by senior forward Dan Skillings’ 20-point performance, Roman Catholic withstood a gutsy effort by the Fords and claimed a 59-49 victory at Archbishop Ryan in the opening round of the PIAA Class 6A tournament Wednesday. Skillings has offers from Cincinnati, Rhode Island, Providence, UMass and many other Division I programs.

Haverford was making its second appearance in a state tournament since 1975.

“Our guys battled and they didn’t back down from them,” Haverford coach Keith Heinerichs said. “Early on, we had some chances and we didn’t capitalize. We had a couple shots in the lane that didn’t fall. At one point it was a four-point game (34-30) and we missed a putback that would’ve cut it to two. Then they came down on the other end and scored.

“The key possessions were late in the first half when they (took a 28-16 lead into halftime). We went to a zone and that’s something we will probably question as coaches, should we have stayed man? No. 11 (Toby Ojukwu) hit a big shot there at the end and he hadn’t been taking shots all game. What are you going to do? You kind of have to pick your poison against a talented team like them.”

The Fords had three players reach double figures in scoring led by Googie Seidman, who finished with 15 points. Senior guard J.R. Newman bounced back from a scoreless first half by carrying the Fords in the third quarter, scoring 10 of his 13 points in the frame. It was Newman’s heat check that enabled Haverford to get back within striking distance.

But after the Fords cut the deficit to 34-30, the Cahiliites went on an 11-3 run to expand their lead to double digits again in the fourth quarter, Nick Colucci banked a fair of free throws to get the Fords within eight, but they couldn’t pull closer.

“They’re so long in the half court, and they switch everything, that in the full court I thought we had better chances to get shots,” Heinerichs said. “I thought the kids played as hard as they could, they gave us everything they had and I couldn’t be more proud of them.”

Hofstra recruit Khalil Farmer accumulated 13 points, 10 rebounds, three assists and two steals for the Cahillites, who meet Bensalem in the second round Saturday.