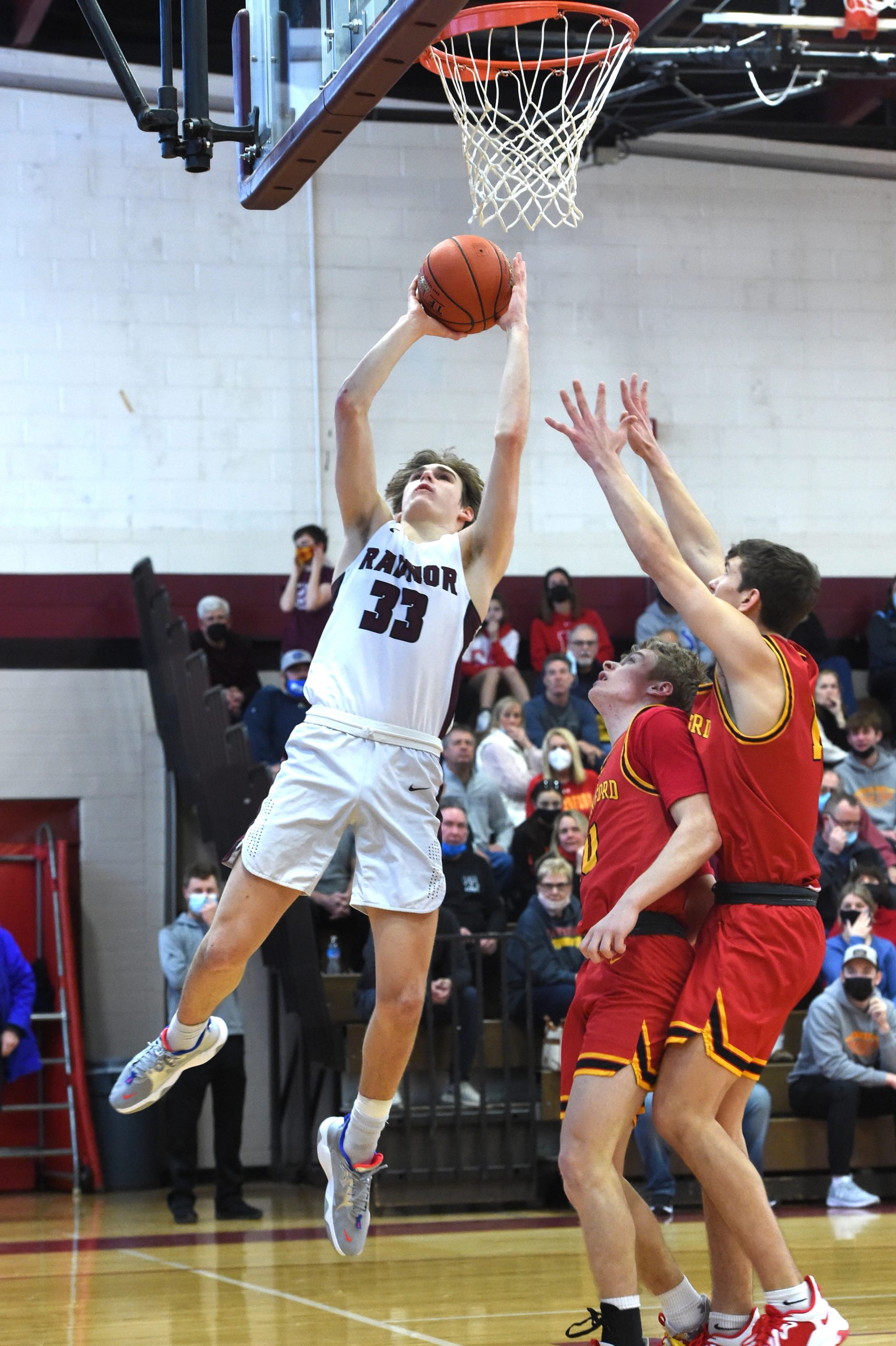 CALN TWP. — Once the game started, the question wasn’t whether Radnor could find a way to upset Imhotep, it was by how many the Panthers were going to win by. It was simply established from the start that this was going to be their night.

As it turned out, however, Radnor put up a fight, but it wasn’t enough to prevent the emotion that goes with the sudden conclusion of a season as Imhotep rolled to a 62-39 win in a PIAA Class 5A second-round game at Coatesville Area High School Friday night.

“They’re a good team,” Radnor junior Jackson Hicke said. “We weren’t going to go out soft. We were going to give it our all, leave everything on the court, which is what I think we did. They hit a lot of shots and played really well. We did what we could.”

It wasn’t enough. The District 12 champion Panthers (27-4) scored the first seven points of the game and did not allow the Raptors to establish an offensive rhythm until late. Imhotep forced Radnor to turn the ball over three times in its first four possessions and seven times in the first quarter to open up a 29-9 lead that grew to 48-22 at halftime and 58-30 heading into the final period.

“The biggest weapon they have is they can take you out of the stuff you do because of the length, because of the size and they’re disciplined,” Radnor coach Jamie Chadwin said. “It’s not haphazard.”

Radnor (23-5) had no answer for Imhotep’s Justin Edwards, the top-ranked player in the Class of 2023 in Pennsylvania and ranked No. 11 nationally in the class by 247sports.com.

The 6-7 junior set the tone early. He scored Imhotep’s first seven points and nine of its first 11 to take the early lead and never look back to advance to a quarterfinal round meeting with Marple Newtown, a 56-48 winner over Mastery Charter North, Tuesday in the quarterfinals.

Edwards scored 16 points in the first quarter and finished with 21, and he barely played in the second half. There was a point in the first half when it was wasn’t clear whether the Raptors could end up with more points than Edwards alone. It took a 3-pointer by Hicke to make that happen.

“He might be in the NBA someday,” Hicke said of Edwards. There’s not many people like that. I think it caught us by surprise. We had a slow start and we weren’t about to turn it back around.”

Hicke and Charlie Thornton did their best to get the Raptors back in it. Hicke finished with 18 points and Thornton 11. But that wasn’t enough to overcome the early turnovers or a deficit that ballooned to 30 points (54-24).

“We didn’t come out the way we needed to tonight,” Taylor said. “They’re a big school, we know that, but that’s unacceptable. The next time we play a team of this caliber, a team with a big name, we need to come out ready. That first dunk by Edwards, we didn’t respond the way we need to and that’s just learning. We have next year to learn from that and that’s something to build on.”