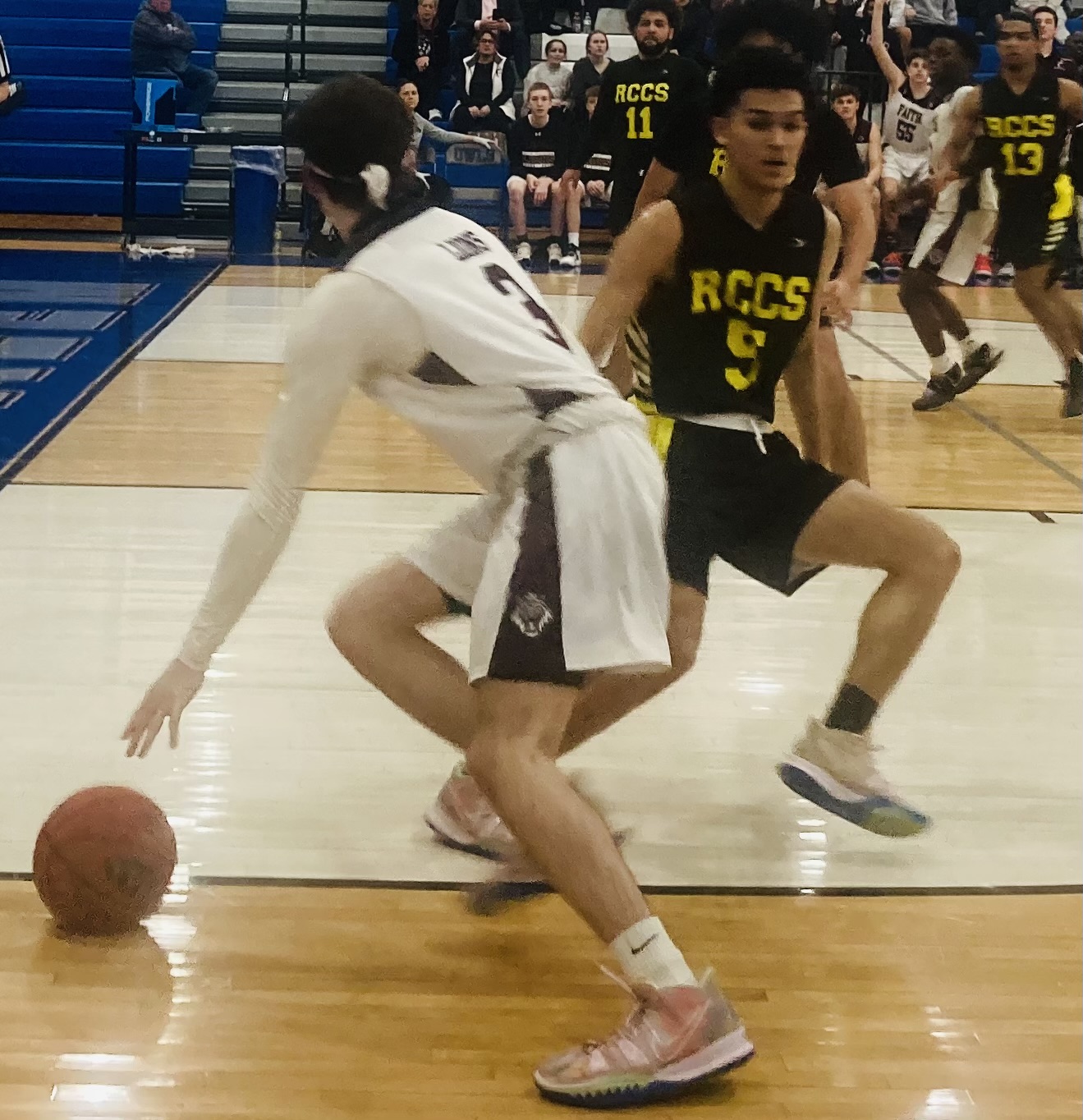 BENSALEM >> Faith Christian’s determination spilled into overtime Tuesday night, as the Lions saw themselves to a satisfying 49-45 victory over Roberto Clemente in the opening round of the PIAA-1A Tournament.

“We just brought the intensity,” the Lions’ Chris Evans said of the extra session. “We set screens, kept moving the ball, and made things happen.”

Faith trailed for much of the game Tuesday, as the Pirates dominated in the rebounding department and built a six-point lead by the half and had a six-point edge entering the fourth.

But the Lions hung in.

“Our coaches emphasized boxing out, and that’s what we did,” said Evans, who had a team-high 14 points. “It’s great (to be moving on). We wanted to win districts since the beginning of the season and this is just a bonus to make a state run.”

Faith pulled ahead late in the fourth on a three-pointer by Tyler Forscht, as the Lion fans packing one half of the Bensalem gym erupted, sensing a victory as just three minutes remained in regulation.

The Pirates went back up 34-33 on a drive by Christian Ceballos (14 points), but Faith went back in front on a layup by Bryce Robison, making it 35-34.

There it stayed until just 16 seconds remained, when Syncere Dixon made one of two free throws for Roberto Clemente, ultimately sending the game to overtime.

“It’s fun coming into practice every day, knowing it’s just gonna be high energy, and we all want to win,” Pinkney said. “We have fun with it too so it’s not stressful.”

The lead would swing back and forth in the opening three minutes of OT before the Lions surged ahead for good on a corner three by Forscht, making it 46-43 with 50 seconds left.

Shane O’Conner sank two free throws to extend the margin to 48-43 with 36 ticks left. A layup by Jose Zayas brought the Pirates within 48-45 with 22 seconds to go, but Evans sank the second of two free throws to ice it, 49-45, with 19 seconds left.

Pinkney again was a driving force for the Lions, Evans delivered in several big moments, Robison made clutch shots and added 11 points, Forscht hit a trio of threes and O’Conner was key down the stretch.

“We want to be remembered forever, and we wanna be known as one of the best teams,” Pinkney said.

PIAA Class 5A Boys Basketball: Hicke on fire from the start in a Radnor rout
Church Farm overcomes slow start to beat Sankofa Academy in first round
Loading Comments...
Comment
×