Penn Wood rights the ship with an easy win 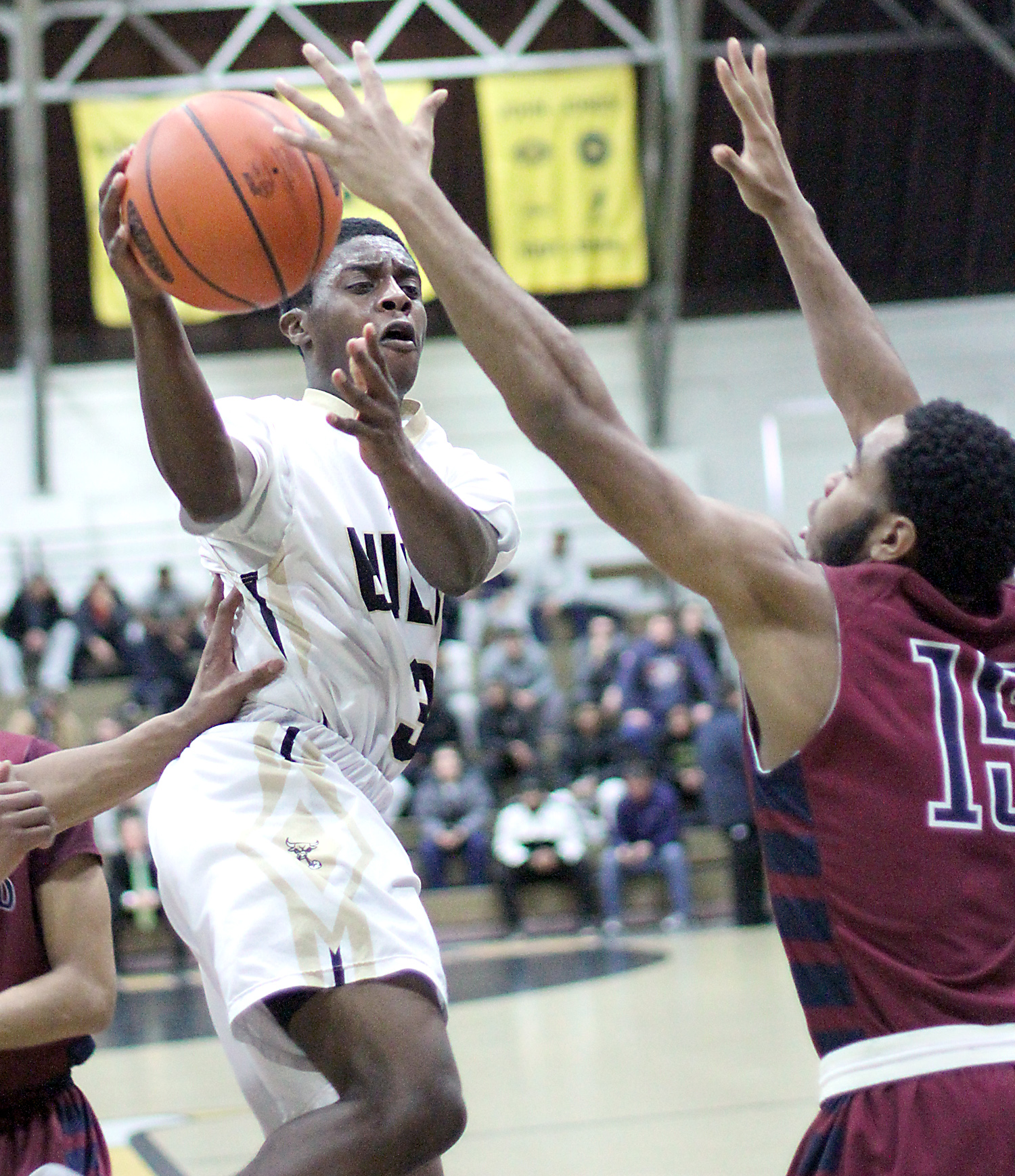 THORNBURY >> The balancing act for head coach Clyde Jones on an afternoon like Tuesday is familiar. There are times when his Penn Wood team needs a reminder to slow down, run through its offensive sets, be more deliberate.

And there are times to just go and play.

The latter is what the Patriots did most effectively in a comfortably 59-43 Del Val League win at Glen Mills Tuesday.

The proof was in the volume level coming from Jones’s bench. He called his first timeout at 2:27 … of the fourth quarter. His opposite number, Glen Mills’ Tony Bacon, whistled for his first stoppage a mere 32 seconds into the game.

That contrast reflects the teams’ relative positions, with Penn Wood starting to figure out workable combinations and Glen Mills forced into its customary midstream recalibration.

But Penn Wood, which had lost four of five games, hadn’t exactly been sailing into the meeting, leaving Jones to tinker.

Enter the idea of Vincent Smalls, basically a lanky shooting guard, playing essentially as a center in the middle of the Patriots’ 2-3 defensive looks.

points Tuesday. It also hangs some of the responsibility for the 44-30 rebounding deficit the Patriots incurred on Smalls’ shoulders.

But Smalls’ five blocks — the leader in 11 Penn Wood rejections — headlined the Patriots’ dogged deterrence around the hoop.

“I’m used it now,” Smalls said. “Playing for Coach Jones, he wants a lot. … You just keep fighting and keep boxing out.”

Defense was also the genesis of most of Penn Wood’s offense, courtesy of 24 forced turnovers, including 15 in the first half.

That handed power to Kairi Jones, who led all scorers with 15 points, to dictate the tempo of the Patriots attack.

“It’s more like go and just play, and if you have to run a play, then we have to run plays,” Kairi Jones said. “Sometimes we’re able to execute, and sometimes we just go. And that’s how we play.”

“I have a good group of people around me, good teammates,” Kairi Jones said. “I can pass, but if I’m open, I’ll go and shoot. I like to pass more than I like to shoot, so I like to spread the ball around and get everyone into the game more.”

Glen Mills is coping without leading scorer Ewhnik Proctor, its leading scorer who was discharged from the program last week. Without him, point guard Laron Wilcox was often left to go it alone.

Kairi Jones up and under. after 3, Penn Wood in control, up 47-29 on Glen Mills https://t.co/CdjGHtYRXP

“It’s kind of hard at first because you’ve got to be patient, catch, turn and face like coach always says,” Wilcox said. “You can’t just catch it and dribble it. You have to look at the defense and see what’s going on first.”

Wilcox and Sanders scored just four combined points after halftime. Naseem Mitchell added eight, all in the fourth quarter after the game had been decided.

Also in the Del Val:

Episcopal Academy 58, Germantown Academy 56 >> Nick Alikakos scored a game-high 28 points, including two free throws in the final 10 seconds to put the Churchmen ahead, to go with 10 rebounds as EA (12-5, 3-1) moved into a tie with the Patriots for first place in the league.

Malvern Prep 75, Haverford School 57 >> Kharon Randolph scored 21 points, and Jack Marshall added 10, but the Fords couldn’t slow down the 16 3-pointers made by the Friars.

Will Powers led Malvern with 22 points, including six triples.

Church Farm 67, Delco Christian 53 >> Devin Hill was off to a flying start with 19 points in the first half before leaving with a hand injury as the Knights were outscored, 35-17, after intermission.