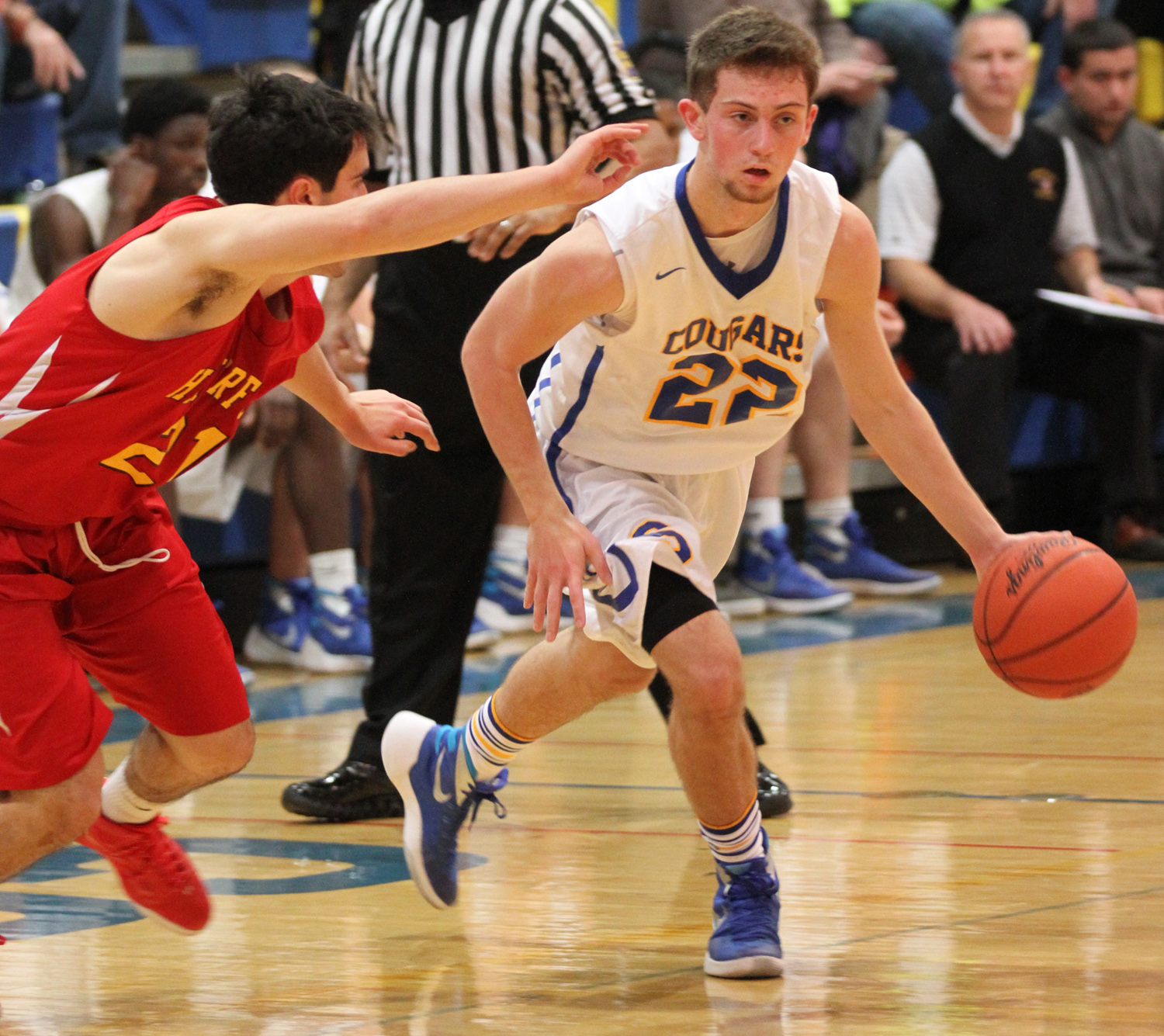 Penn Wood scored 41 points in the second half and capitalized on 17 Chichester turnovers to open Del Val League play with a 73-67 victory over the Eagles Tuesday afternoon.

The 41-point eruption in the second half helped the Patriots erase a 39-32 halftime deficit.

Elsewhere in the Del Val League:

Chester 75, Interboro 25 >> Nine players scored in a 32-point outburst in the second quarter that gave the Clippers a 49-15 lead at the break.

Strath Haven 62, Garnet Valley 58 >> Alex Ischiropoulos scored 13 of his team-high 22 points in the fourth quarter as the host Panthers erased an eight-point deficit after three quarters.

Jahmeir Springfield added 18 points, and John Harrar and Josh Singleton chipped in eight each for Haven (10-2, 5-2).

Ridley 57, Marple Newtown 42 >> The Tigers stayed close into the second quarter until Julian Wing and Brett Foster took over for the Green Raiders. Wing led all scorers with 23 points, and Foster added 15 to help Ridley (10-0, 6-0) pull away.

Lower Merion 67, Radnor 51 >> Vinnie Kelly scored 16 points, and Mason Ressler added 14, but the Aces pulled away with a 21-5 margin in the second quarter.

Christian Academy 57, Baptist Regional 42 >> Jalen Sherrill and Brit Haseltine did most of the damage for the Crusaders (3-7).