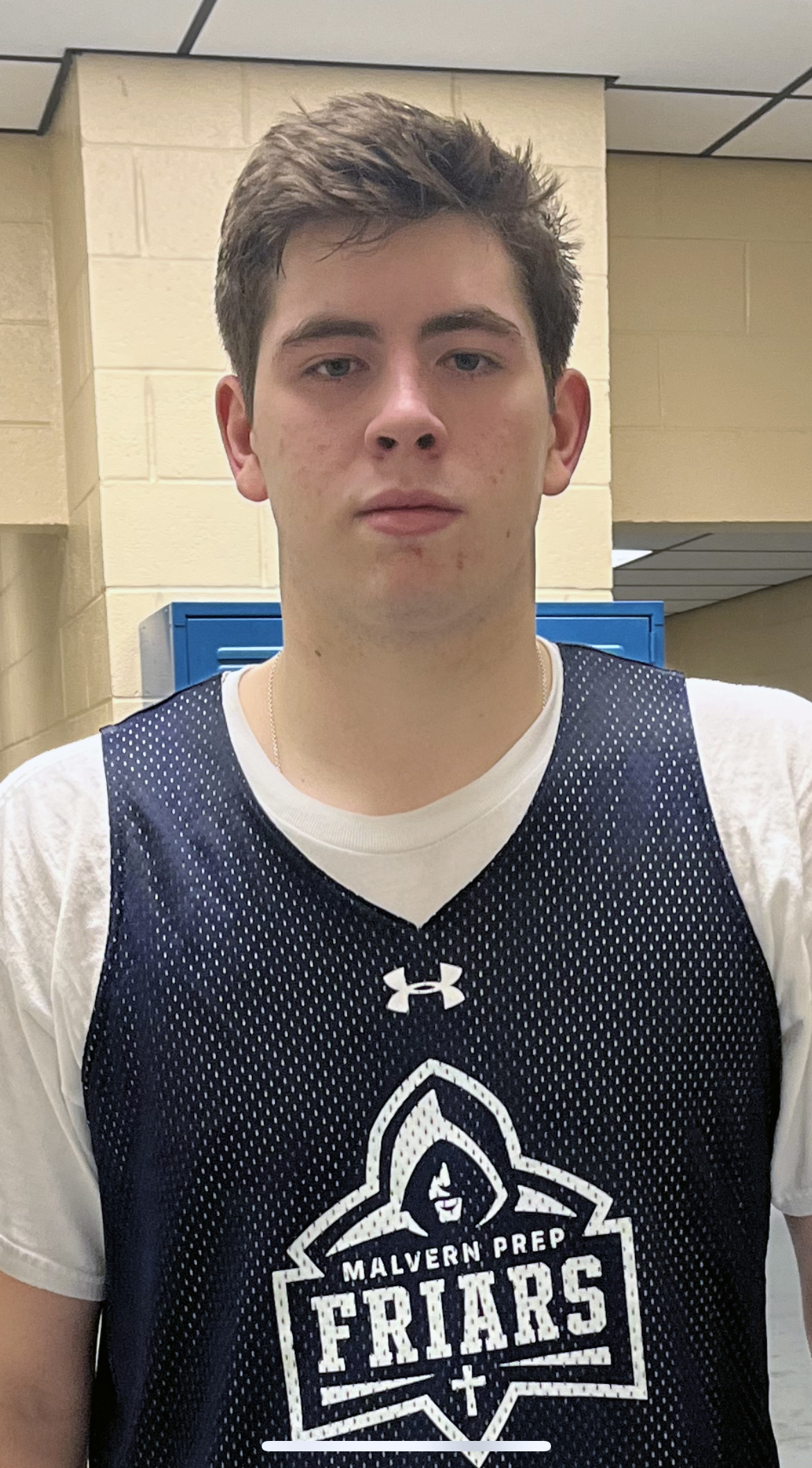 The 6-foot-4, 215-pound junior forward is proving to be a potent force for the Friars this winter, averaging 16.2 ppg and 5.0 rpg this season (as of Jan. 10). Against Pope John Paul II Dec. 31, he scored 29 points and grabbed 8 rebounds, then three days later tallied 26 points and snared 10 rebounds against Notre Dame Green-Pond. After a tough sophomore year – he lost his father (“my biggest mentor in basketball”) due to COVID and he broke his collarbone last April – Phillips started the last five games of the season at defensive end for Malvern Prep’s Inter-Ac champion football squad last fall. His older brothers, Colin and Aidan, used to play basketball for Episcopal Academy and Malvern Prep, respectively, while his sister played basketball for Dartmouth University. Malvern Prep basketball head coach Paul Romanczuk said, “Andrew is a very skilled, versatile basketball player with good footwork and a high basketball IQ.”

Q: What aspect of your game do you feel you improved the most in the off-season?

A: I feel I most improved on my defense and becoming quicker guarding on ball, which ultimately opens up my game offensively.

Q: What was the most important thing you learned about basketball from your father?

A: The most important thing I learned from him, and from my coaches, is definitely to keep your head up – there will be many obstacles but keeping your head up will lead to many more opportunities and success. After my Dad passed, I worked even harder to get to where I am today.

A: My favorite basketball player is Luka Doncic because of how versatile he is and the way he slows down the game and continuously hits big time shots.

Q: What do you think is the strongest aspect of your game?

A: I feel my shooting is the best part of my game, I haven’t always been the best shooter but I’ve worked at it for some time and feel I’ve become a very good shooter.

Q: Tell us a little about your start in competitive basketball.

A: I started playing competitive basketball in 5th grade and was really introduced to it by my older brothers who at the time were involved in AAU programs. From there, I have been involved in multiple AAU programs which have helped me grow tremendously.

Q: You mentioned that your favorite memory of the past football season would be the Friars’ 21-0 against Archbishop Wood at Franklin Field Sept. 18. What do you remember most about Franklin Field?

A: I just remember being in Penn’s locker room and having the experience playing in a college stadium. It was a great experience and we all felt what it would be like to play at the next level.

Q: What is your favorite academic course at Malvern Prep? What do you think you’d like to major in at college?

A: My favorite course at Malvern is Math. I would like to major in Business in college.

Pre-game preparation: “I have a good meal a couple hours before the game and always listen to music to calm down. I also try and stretch continuously before we warm up.”

Person I most admire, and why: “My Grandpa because he’s always been there for me and never misses a game.”

Boys Basketball: Lee does it all in lifting Penncrest to win
Mercury Roundup (Jan. 10): Mayo’s 26 help Phoenixville to first win over PJP since 2018