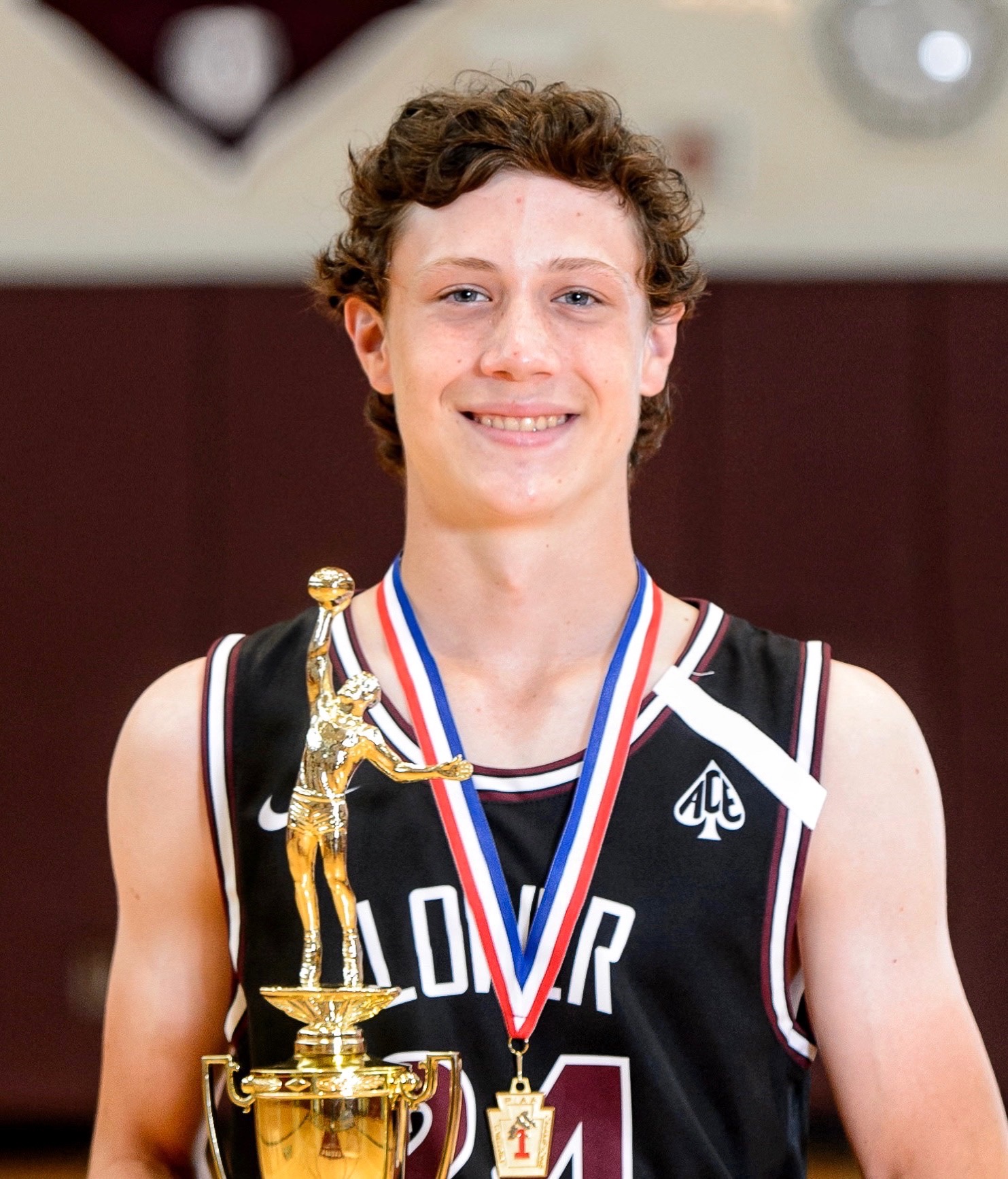 Lower Merion boys basketball head coach Gregg Downer calls the 6-foot-1 junior guard, “One of the top five shooters in the state. His defense, rebounding and toughness have grown immensely, and he’s never afraid – he always shows up with extreme confidence.” Wright was an important cog in the Aces’ memorable post-season run, averaging 12.6 ppg and 5 rpg in Lower Merion’s final five contests (including the District 1 championship game), and making 17 assists and just four turnovers during that important stretch. For the season, he made 51 treys, converted 46 percent of his 3-point attempts in February and March, was third on the team in scoring and led the Aces in minutes played.

Q: What do you think was the key to your late-season performance in shooting treys?

A: The key to my late season shooting was knowing that I’m a good shooter, and instead of thinking about it, just letting it go and trusting my practice and form to take care of the rest.

Q: What do you think was the key to the Aces’ success in the district and state tournaments?

A: The keys to our success as a team was knowing who we were playing from head to toe – their personnel, the plays they run, what they do and don’t like, etc. We also played at our best when we set a goal for ourselves. We didn’t just want to beat teams, we wanted to beat them by 30.

Q: What is your favorite memory of the Aces’ season?

A: My favorite memory with the Aces was our water party at Ridley High School after beating Radnor in the Central League tournament finals.

Q: What aspect of your game do you feel you improved the most this season?

A: I think the aspect of my game that improved the most this season was my defense. In the past my defense has been lackluster, even at the beginning of the season at times. I really flipped on a switch towards the end of the regular season and post season.

A: I want to continue to work on my handle and finishing. Those are things that will help my game grow.

Q: Tell us a little about your start in competitive basketball. Who have been your most important basketball mentors?

A: When I first started playing basketball, I was really bad. I didn’t start to dedicate myself to the game until 7th grade. My biggest mentor is my dad. He has been the biggest influence on my sports career and is one of the main reasons I am where I am today. He’s been a great coach, and a great dad, even though he can be hard on me sometimes.

A: My favorite basketball player is Joel Embiid. He is such a dominant force in the paint and I love watching his game.

Q: You wear No. 24 for Lower Merion basketball – why did you pick that number?

A: Ever since I was little my number was always 11. My freshman year, No. 11 wasn’t available and I needed to pick a number. Kobe was always a mentor, and picking one of Kobe’s numbers to wear at the high school he went to sounded pretty cool. The number has stuck ever since.

A: Before the game, I need to make sure I have the right nutrition and hydration. We also need to stay loose so we always stretch as a team about 50 minutes before tipoff. Other than that, I’m imagining myself playing the right way in the gym before the game, imagining making shots and playing good defense.

Q: Do you participate in any other extracurricular activities at Lower Merion other than basketball?

A: I also play baseball at Lower Merion.

Q: What is your favorite academic course at Lower Merion? What do you think you’d like to major in at college?

A: My favorite course at Lower Merion is the architecture class. I really enjoyed my teacher and had a great experience. I’m not really sure what I want to major in, but business and design are my top two.

Person I most admire: “The person I most admire is my dad. He has sacrificed so much to be a full time coach in order to coach my brother and I to help us become the best athletes we can be. He even scouts basketball teams we are going to play before the team even does. I’m so thankful to have him as a dad and I love him so much.”