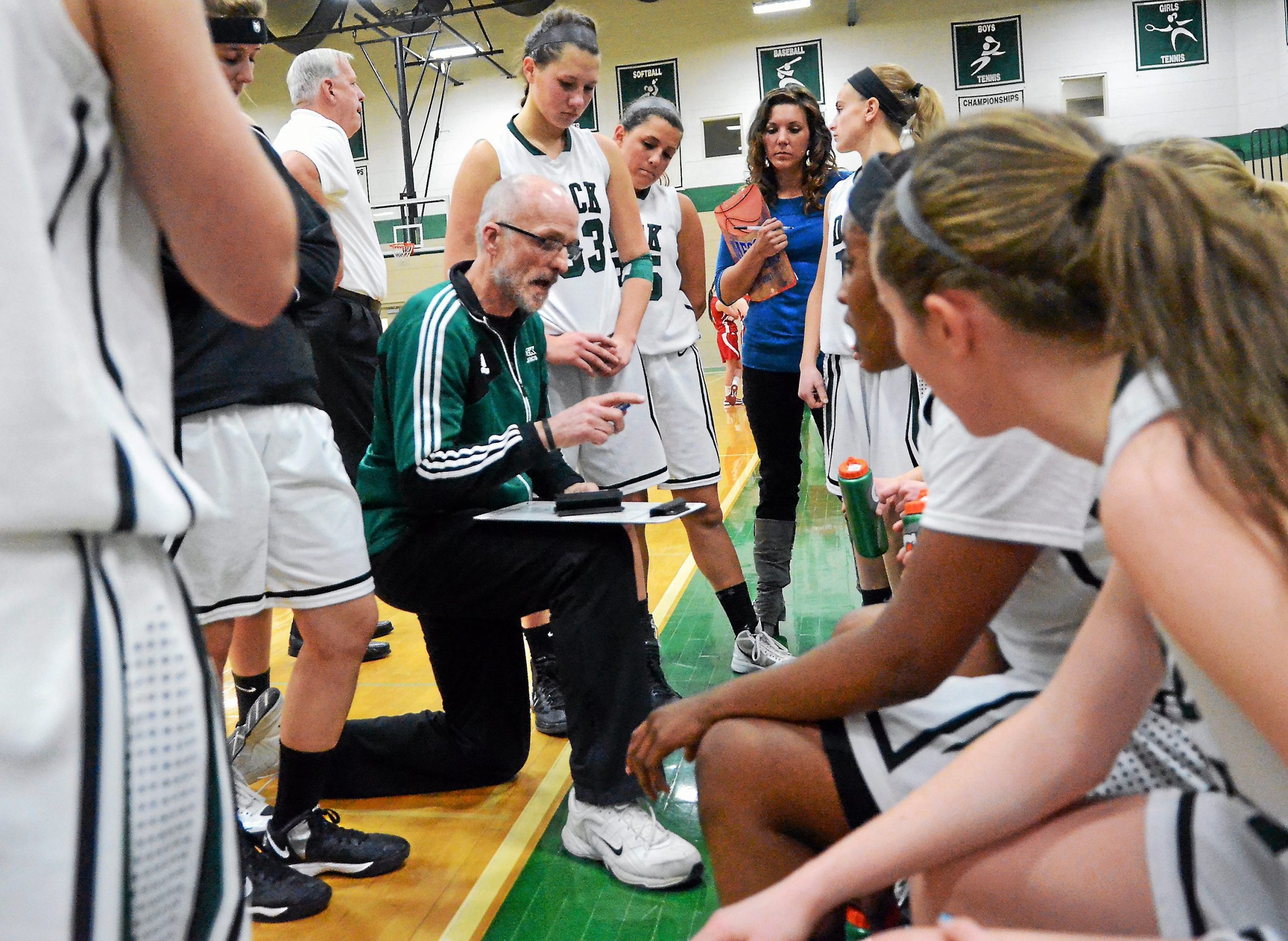 “Looking back, it’s somewhat hard to believe that my time at Dock has been over 40 years,” the longtime athletic director, coach and teacher said. “I’ve had the privilege to work with many wonderful administrators, teachers, coaches, student-athletes, and parents, who were at the heart of making my responsibilities enjoyable and sport teams successful.”

Dock has had a proud history of success in team sports and individual achievements and growth, and Ehst was integral in all aspects.

“As I move into retirement, there will be many parts of my athletic director and teacher roles I’ll miss, but look forward to focusing on a good number of other activities and experiences I didn’t have as much time to enjoy while doing my work at Dock,” he said.

And during a trying year with the pandemic, when scheduling was at times a nightmare, Ehst kept things on track at Dock. In the midst of a hectic winter season, Ehst helped the teams schedule and get in critical makeup games. Boys basketball coach Mike Fergus called Ehst “the best athletic director around.”

“I enjoyed shaping our athletic philosophy and creating a coach’s manual that provided a framework for coaches to work more independently within our system and understanding of doing sports at Dock,” Ehst said. “We have been fortunate to have hired coaches that are wonderful teacher and coaches that do well in motivating student athletes and forming a positive team culture.

“Our coaches have been the primary factor in creating positive sport environments and preparing our teams to win many league, district and state championships since 1986 to the present year. As someone who has coached most of his years at the high school level, I get great satisfaction supporting and giving – I hope helpful – feedback to our coaches as they lead their sport program.”

After coaching the girls basketball team to multiple postseason runs, Ehst moved on to mentoring a few student athletes each year, “giving them support and challenging them to work toward their God-given sport potential,” he said.

“Getting to know students and forming positive relationships is a big part of what has brought me energy in both my teaching and coaching roles,” Ehst shared.

And, in addition to that…

“It was great coaching cross country with my wife for six years in the ’80’s,” he says, “and coaching track and field for two years when our oldest daughter ran track in the late ’90’s.

“I have found all of these coaching experiences to be helpful in better understanding what is most helpful in creating boys and girls sport environments where we are looking to develop sport skill, form character and compete at the championship level when possible.”

During Ehst’s tenure as AD at Dock, the honor roll of athletes is a long one.

Erik Kratz caught in the majors, including a stint with the Phillies.

Ehst moves on to new challenges, leaving behind quite a legacy. Seth Frankenfield takes over the AD duties at Dock.

“In retirement, I look forward to working with our small herd of grass-fed beef cattle, where I have transferred my coaching and teaching skills to working with cattle, where they live outdoors all year around,” Ehst says. “My wife and I look forward to spending more time with our children and grandchildren, and travel throughout the US with our small camper, and spending more time cycling.”