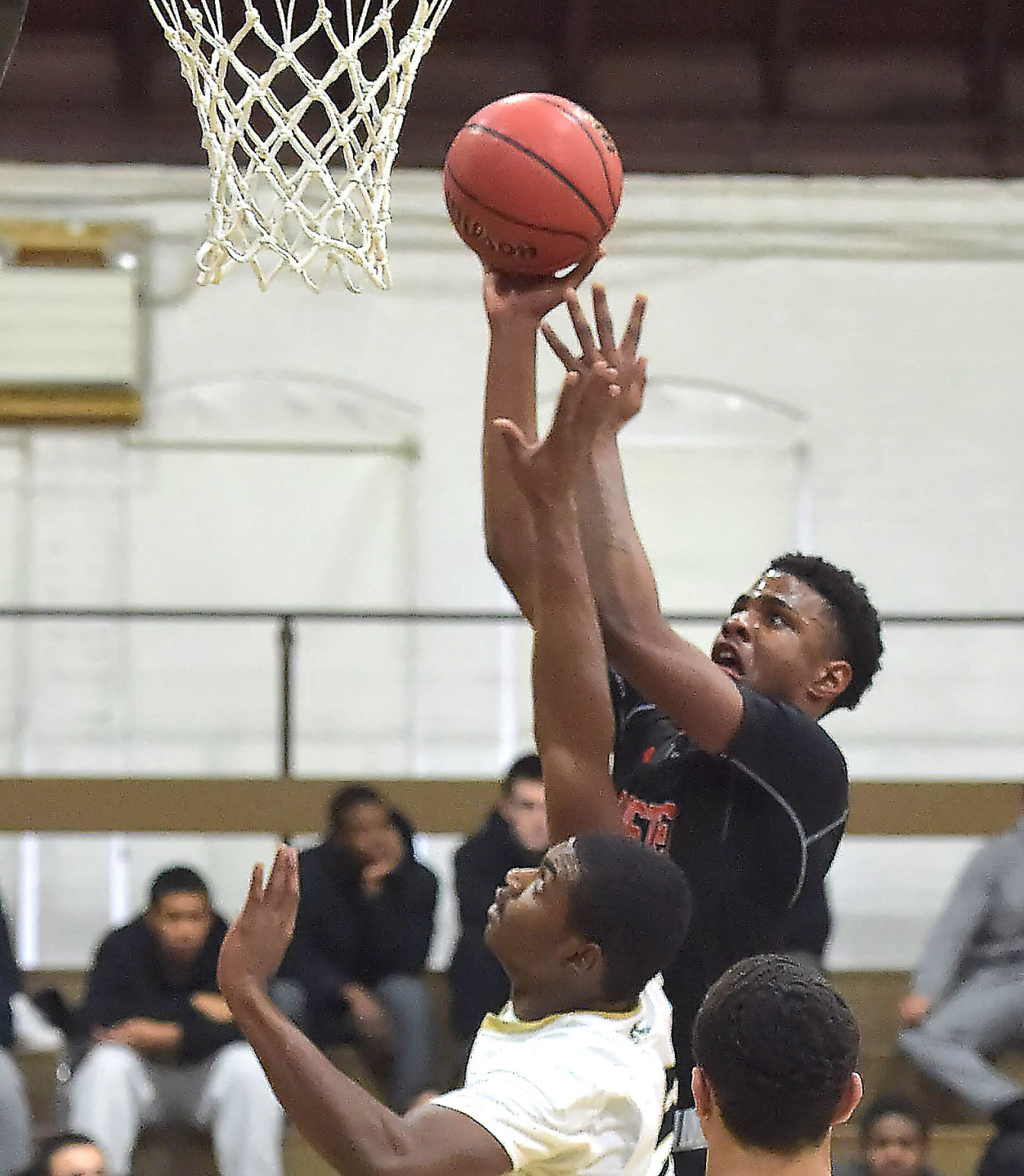 THORNBURY — Karell Watkins is putting up numbers that followers of Chester High boys basketball only dreamed were possible in the era of the 3-point field goal.

The sophomore forward is averaging 20.3 points and 12.6 rebounds after erupting for 28 and 23 Friday to lead the Clippers to a 79-48 rout of Glen Mills and — stop us if you’ve heard this, people — sole possession of another Del Val League pennant.

Watkins got 20 points and 13 boards almost without breaking a sweat to stake the Clippers (14-4, 7-0) to a 23-point lead at the intermission Friday.

And the Bulls didn’t go quietly, although they’re not the power they once were, particularly in their building.

“Not too many people are averaging a double-double like our guy is,” Chester coach Keith Taylor said. “I haven’t seen that in a while. And he’s doing it night in and night out.”

The skill apparently is part of Watkins’ DNA, judging by the stardom enjoyed by older brother Keyonte Watkins and Tyran, their uncle. Both are Clippers headliners of years past.

You still don’t want to play HORSE with Keyonte Watkins, who as recently as 2013 possessed a lethal jump shot Karell Watkins called “money.

“It was cash,” Watkins said. “It was like a perfect release every time.” “I didn’t get a chance to see him play,” Watkins said. “I heard his stories and yeah, I didn’t believe him at first but then being around the coaches and the staff, they were telling me it’s really true. They said he’s a rebounder, he’s athletic and he’s a scholar athlete.

Let’s just say that Uncle T, if you will, has a more sedentary lifestyle.

Karell, who stands 6-4, is a cross between Keyonte and Tyran. He doesn’t shoot as much as the former yet is deadly accurate. And he hits the boards like his uncle.

Taylor has to remind Watkins he doesn’t have to try to do all the heavy lifting by himself.

“The guy just wants to win,” Taylor said. “He’ll do whatever it takes to get it done. He’s tough at times but he has that mentality that Karon Burton had. Like that killer instinct. Every shot he takes he thinks is going in. … He’s a finisher.”

Taylor chose that comparison for a reason, as Burton was the 2008 Daily Times Player of the Year. If Taylor had a vote this year, you’d know where it would go, no disrespect to Isaiah Wong of Bonner & Prendergast.

“I know Wong is scoring a lot of points,” Taylor said. “But this man is scoring points and rebounding at the same time.”

While that debate rages, the Clippers (15-4, 8-0 Del Val) have a lot of work to do to atone for their second-round loss to eventual state champion Abington Heights in the playoffs last year. Taylor thinks they’re headed in the right direction.

Akeem Taylor, the nephew of the Clippers’ coach, provides scoring and shooting. He nailed a couple of threes on the way to 15 points against the Bulls. Michael Smith added 13 points, Rahmaad DeJarnette nine points to go with tough interior work. All have state tournament experience, along with Watkins.

While the Bulls (5-14, 4-4) won’t be mistaken for Abington Heights, they kept coming at the Clippers, Aaron Thompson powering for 18 points, Jabriel Guinyard for 10. They didn’t back down. And they won’t, per their coach. “We’re still a young team,” coach Tony Bacon said. “We’re still learning. We’ll never make excuses. We play with who we get and we worry about us more so than the opponent. I don’t want our kids to lose any confidence in themselves. We’ll keep practicing and working and try to get better in our next game.”

The ultimate goal, of course, is of a team nature. The Clippers hope the league crown is a stepping stone.

Watkins said he’s spoken with his basketball-playing uncle of the opportunity in front of the Clippers. It’s created a sense of urgency proportional to Watkins’ work ethic.

Watkins and the Clippers play like they don’t want to waste any time.

“Stay humble, work together and build our chemistry,” Watkins said. “That’s what we’re trying to do. Coach Taylor is a wonderful coach. He shows us everything step by step. He makes sure we understand everything before we do it.”