History could be on Chester’s side in PIAA tournament 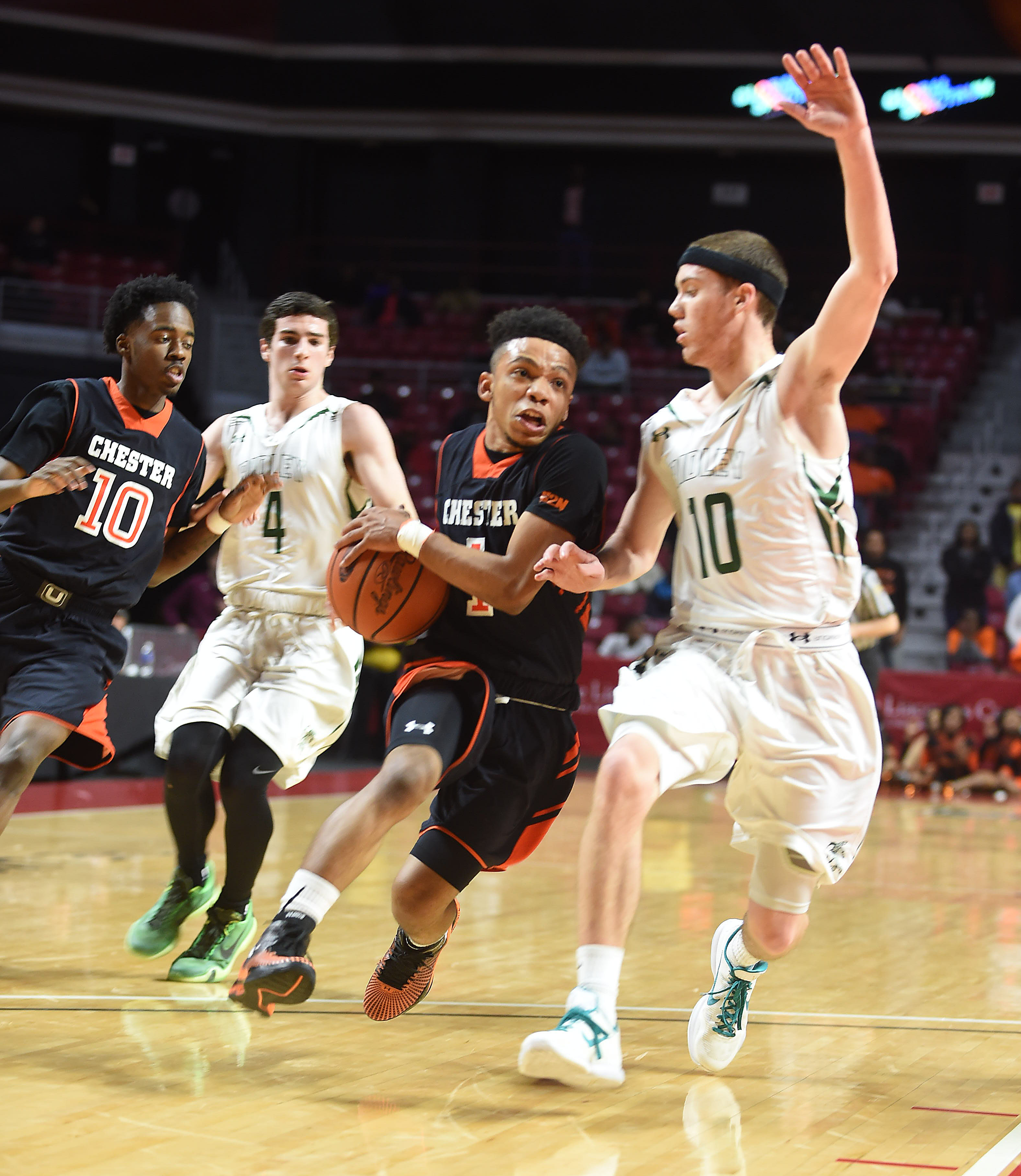 The history books provide good news and bad for Chester.

The last time the Chester capped the District One Tournament with a loss, in 2010, the Clippers fell in their states opener. (It’s worth noting that they lost three straight games, two in consolations, in a 16-11 year.)

The last season in which Chester lost a District One title game, though, ended with the Clippers crowned state champion, including avenging that finals lost to Coatesville in an 18-point romp in the 2000 state semifinals.

That was a long time – and 11 district titles – ago. But even in the moments after their loss to Plymouth Whitemarsh in the District One final last week, coach Larry Yarbray reminded his charges of that lineage.

The journey begins in a meeting with Hempfield, the sixth seed from District 3, Saturday afternoon at 3 at Interboro.

Chester has returned to full health, though Yarbray is still grappling with how to incorporate Jordan Camper and leading scorer Marquis Collins back to the rotation. The 12-deep strength of the roster, with the steadiness of Khaleeq Campbell, the recent surge from Stanley Davis and the defensive stoutness of Maurice Henry, makes Chester (20-7) an intimidating matchup looming for any opponent.

Their first opponent can match some of the Clippers’ vertical strengths. The Black Knights (17-8) are led by 6-foot-4 guard Connor Moffatt and 6-foot-6 forward Bryan Karl, who combine to average a shade over 26 points per game. Ryan Moffatt is also a double-figures scorer.

Hempfield started its states candidacy with a first-round win over Cedar Crest, in which the tandem of Will Blair and Javon Mitchell shut down 20-point average Evan Horn, a Division I football commit.

Against Chester, though, the selection of defensive targets isn’t so clear-cut against a squad with eight players who’ve recorded double-figure scoring games this season.

In states return, Academy Park unfazed by Roman Catholic challenge
Ridley ready for upset-artists Wilson in first round of states